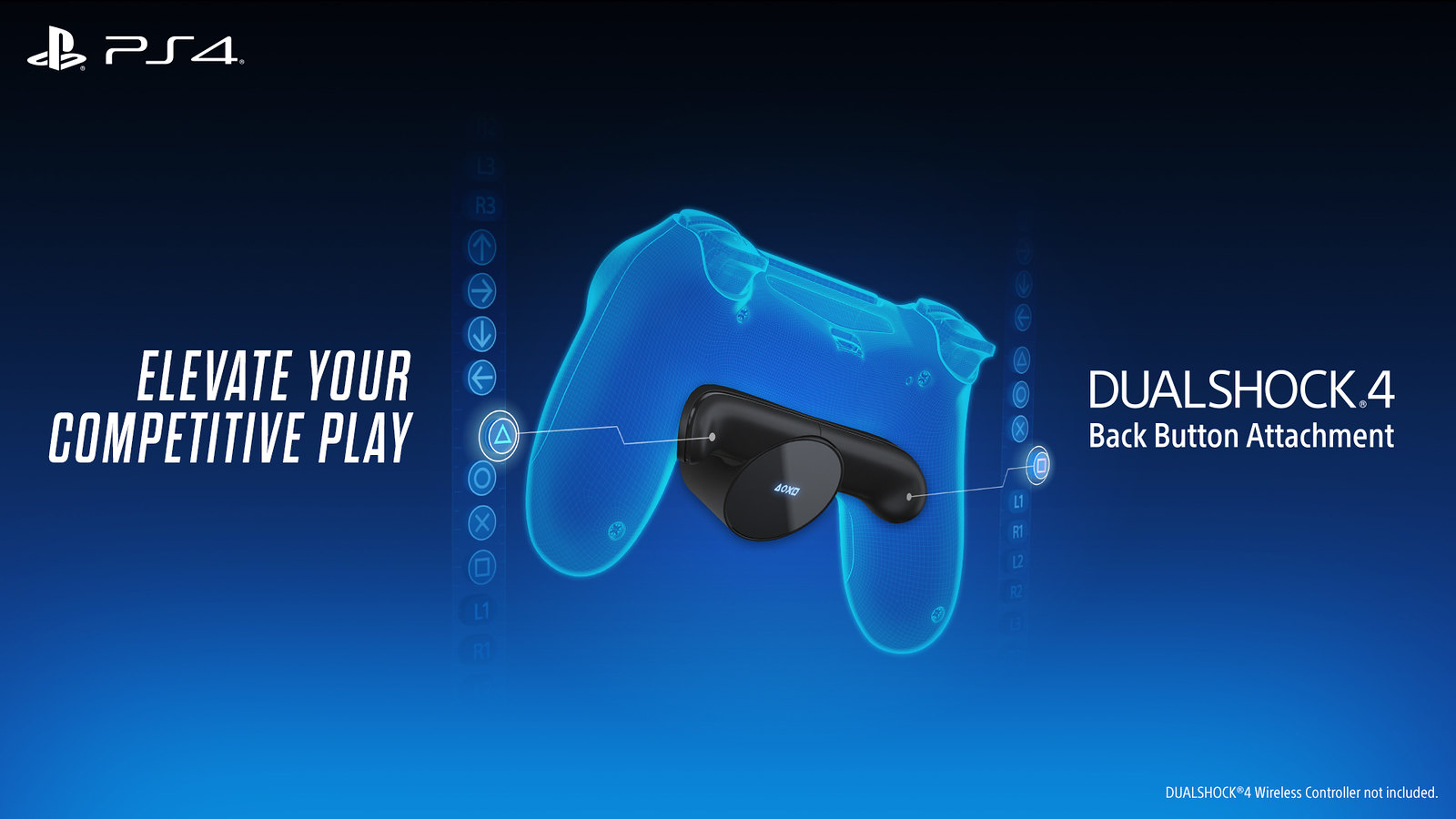 EVER looked at your PlayStation 4 DualShock controller and wished it had more buttons?

Having done that, have you ever looked at an aftermarket PS4 controller which has more buttons and then been ensaddened by the price tag?

Sony themselves have the perfect solution coming early next year, in the form of the DualShock Back Button Attachment peripheral.

While Sony are calling it “the back button” (which one would suggest does not mean what they think it means), it’s essentially two programmable underside paddle/buttons for the DualShock controller with an OLED display which Sony say “provides real-time information around button assignments” – although given it’s on the underside of the controller it’s not clear at this stage how you’d make use of that information.

The peripheral attaches via the accessory jack on the DualShock controller – there are already a handful of (unofficial) products on the market which make use of the connection, including headset surround sound adaptors and QWERTY keyboards – but for most people, it’s not being used so is a logical way for the back button attachment to be connected.

Underside buttons for console controllers aren’t new – both the Razer Raiju Ultimate and the Xbox Elite 2 controllers feature them – but this is the first time Sony have offered them for the base DualShock controller in “add-on” form.

According to Sony, “The two back buttons can map up to 16 different actions such as triangle, circle, R1 and R2 to name a few and provide amazing tactile feedback, so you can jump and slide without missing a beat”.

The official announcement went on to say “a dedicated button allows you to remap back button inputs on the fly, so you are always prepared no matter what game you’re playing. Furthermore, you can save and choose up to three different profiles for use in various games”.

There is also a headset pass-through, so you can still use your 3.5mm plug headset with the controller too.

They’re also playing up the ‘Designed by PlayStation’ aspect too, noting “the product is tested and approved for all of your favourite PlayStation 4 and PlayStation VR titles, and is built with the ergonomics of the Dualshock 4 in mind.”