STORAGE drive manufacturer Western Digital is moving to end ‘insufficient space’ issues with its CES 2021 news they are introducing 4TB SSDs and HDDs to their brand ranges.

Four products were announced – two from SanDisk, one from WD Black and one from WD – which will “offer gamers, content creators, enthusiasts and creative professionals the performance, durability and greater capacity they need to capture, move and save their files”, according to the official announcement from Western Digital.

The 4TB SanDisk Extreme Pro is an NVMe solid state drive with read/write speeds of up to 2000MB/s when connected via USB-C with USB 3.2 Gen 2 x2 capability.

The unit features a forged aluminium chassis, which also acts as a heatsink.

It’s an interesting design, complete with loop for attaching something like  a keyring or carabiner as well. The 4TB units are expected in Australian stores sometime between mid-February to early March, with an RRP of AUD$1499.

The SanDisk Extreme Portable in 4TB has a similar design and appearance, and offers 1050MB/s read and 1000MB/s write speeds via a USB-C Gen 3.2 Gen 2 connection.

The unit has a silicon cover on the casing and features 2m drop protection as well as IP55 water and dust resistance too.

The 4TB unit is expected in Australia around the same time as the ExtremePro, and will have an RRP of AUD$1199.

The WD Black P50 SSD is a great unit for gaming and the 4TB version will hold a ridiculous number of games, but you need a USB 3.2 Gen 2 x2 connection to get the maximum 2000MB/s read speed. The 4TB version will be on our shores in late February to early March, although the RRP is yet to be confirmed.

Rounding out the announcements is the 4TB WD My Passport SSD, featuring a “bold metal design that is both stylish and durable”. It is designed to be resistant to drops of up to 1.98m and (with a USB-C 3.2 Gen 2 connection) has a read speed of up to 1050MB/s.

The 4TB variant is expected in the mid-February to early March timeframe with an RRP of AUD$1199.

While the drives aren’t cheap, we are talking about 4TB of gaming storage space in an SSD here, so unless you’ve got a truly monumental gaming library which you absolutely, positively have to carry about with you, you’re unlikely to fill them in a hurry.

Western Digital senior vice president Jim Walsh described the launch of the 4TB SSDs as a milestone allowing the company to deliver a new era of solutions with the capacity and performance its customers had been asking for.

“Our consumer brand products are used by millions of professionals and consumers around the world, and we continue to drive technology forward to deliver the performance, reliability and leading products they demand,” he said.
SanDisk Extreme Team member and film and TV photography director Sam Nicholson said he relied on technology to achieve his creative vision and protect his work.

“SanDisk SSDs are a critical asset when I’m out in the field or at the studio working with multiple 12K and 8K cameras,” he said. “High-capacity, high-performance SSDs make it easy to reliably manage these files, and the SanDisk Extreme Pro portable SSDs are my go-to drive when I’m shooting on location. With added capacity, I have even more freedom to continue creating amazing content.” 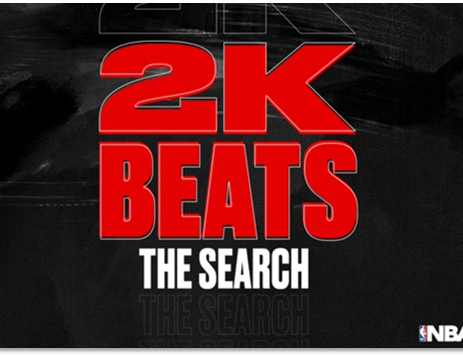