Another day, another Nintendo Direct!

This time around the rapid fire video confirmed that Overwatch is coming to Switch on October 15th. The long rumoured game has been finally ported over to the system with a leaked Nintendo Switch Overwatch console leaked on Amazon earlier this month.

Super Smash Bros Ultimate is receiving its next DLC today! Banjo & Kazooie join the fight starting right now! There was also a post show video showcasing their moves and what to expect with the duo coming to the fight. There is also a Spiral Mountain stage and music tracks from the classic title as part of the DLC pack. Keeping on Smash Bros. Ultimate SNK fighter Terry Bogard is joining the next batch of DLC in November and can also be purchased separately from the Eshop.

Star Wars : Jedi Knight II : Jedi Outcast – with a ridiculous title the game can only be amazing right? This is set for release September 24.

Super Kirby Clash – releasing today this Smash Bros looking spin off is a free to start multiplayer action game where 4 players team up to take down bosses. You can play online or locally with multiplayer support. The game is available now on the Eshop. 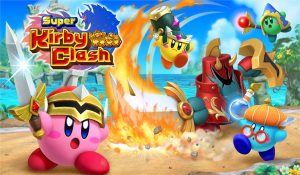 Deadly Premonition 2 a surprise sequel to the cult classic will hit the system in 2020. The first game is also now available in the Eshop starting today.

The biggest surprise is the Super Nintendo section being added to the Nintendo Switch Online service starting tomorrow. If you are subscribed to the Nintendo Switch Online Service you will be able to access these games as part of the subscription service. Nintendo have confirmed that more SNES games will be added to the service and they will have full access to the multiplayer and voice chat features in the service. You can also purchase bluetooth controllers in the same style as the Super Nintendo style. They will work the same as the Nintendo Pro Controller charging with a USB C cable and are available to pre-order to Nintendo Online members. 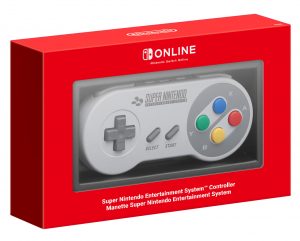 The full list of classic SNES games releasing tomorrow is below so cancel all those gaming plans, you are going to be VERY busy.

There was a ton of new footage shown for The Witcher 3, Luigi’s Mansion 3 and Animal Crossing New Horizons.

What are you most excited for? Let us know on our social media.