We are only a week away from all of the E3 goodness that is heading our way. With a lot of studios like Sony bowing out of the event, it allows the spotlight on other companies to showcase some upcoming content. Nintendo was the first to ditch the traditional presentation on the show floor and instead deliver a pre-recorded Nintendo Direct video. Along with this is a live treehouse setup to play upcoming releases and watch live stream of gameplay. In addition to this Super Smash Bros 2. and Splatoon 2 will be featured in e-sports tournaments.

In relation to announcements there are so many things that Nintendo can pull out of its hat. Fortunately we had a massive Super Mario Maker 2 Direct earlier last month so hopefully we won’t have to spend too much time on that title. Normally E3 announcements can either be a full fantastical thing or not meet expectations and be a bit light on details. So without further ado let the wild speculation begin! 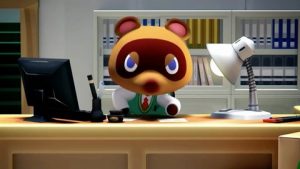 Animal Crossing -the title that will turn the Switch into a massive seller, particularly after the cult following that the New Leaf version accumulated on the DS systems. The surprise footage that captured fans last year will hopefully see an extended presence in this years presentation complete with a release date and some more information on gameplay and how this one will work in relation to seasons. 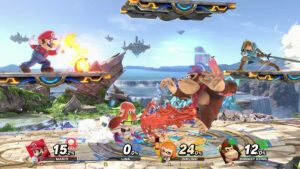 Super Smash Bros DLC -Ultimate has been a massive title for the system. With the announcement of Joker from the Persona series as confirmed DLC, we could see some more big names revealed at this year’s E3 presentation. Names thrown around have been Banjo Kazooie, Yooka Laylie, Crash Bandicoot and Spyro the Dragon could bring a new resurgence to the title as well as bring in new season pass sales and bring outsiders into the mix. 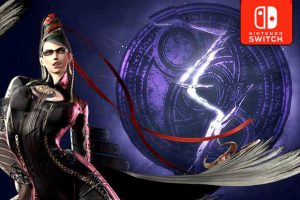 Bayonetta 3 – one of the biggest IP’s on the system is getting a third instalment. The game may also announce a movie tie in, particularly with the interest Lady Gaga has had over the last few months playing the game publicly on social media. We could see a release date of early next year and some jaw dropping game footage on the Nintendo Switch Upgraded system. 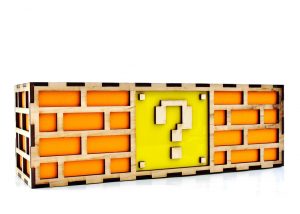 New IP – this is where things could get interesting. Nintendo took a big risk with Splatoon and look how that has paid off. A massive title with a sequel and bustling online community and following. It would make sense for Nintendo to announce a new IP exclusive to the system to sustain interest in new IP’s to push the system forward.

Nintendo Online has been a recent forced reality with 1,3,6 and 12 month options. This has given the resurgence of NES and SNES titles included in the monthly fee as well as access to online gaming features (where available). Every month a couple of new titles get added and E3 could set the expectations for some truly classic games that fans have been waiting for to play on the go. Could we see the addition of Nintendo 64 and Game Cube titles? Fingers crossed! 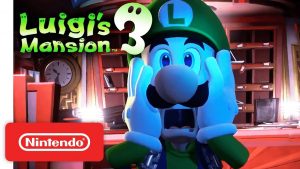 Luigi’s Mansion 3 – It’s been 7 months since we first heard about Luigi’s Mansion 3 coming to the Nintendo Switch system with gorgeous graphics and a spooky new premise. We could potentially see some more gameplay footage and a release date for this time next year.

Marvel Ultimate Alliance 3 – the exclusive title is gearing up for release in July, we could see some MCU tie in DLC announced at E3 or just another big push to go out and get this glorious looking top down shooter.

The Wish List (probably most definitely not coming but maybe?)

New Mario Odyssey game wouldn’t a sequel to one of the most beloved games on the system so far be amazing? Yes, yes and yes is always the answer to this question. New additions could feature Luigi with another version of the ghost hat. New worlds, new levels but still bring the T-rex back would ensure a huge follow up hit to unquestionably the best game on the Switch so far (don’t @ me!)

Apps – more apps on the Switch! Including a confirmation that Netflix is now available worldwide on the Eshop right now. Others could include Twitch, Amazon Prime, DC Universe, Stan and maybe Mixer with the Xbox partnership moving forward.

Switch Ultimate and Switch Junior – new versions of the Switch could be coming! With a scaled back version for a lite model and an ultimate switch version with 4K graphics, better battery life and an upgraded graphics card and processor could see Ps4/Xbox One style graphics coming to the new system. In addition to this titles like The Witcher 3, Red Dead Redemption 2 and Assassin’s Creed Origins and Odyssey all coming to the system immediately.

3DS/2DS end of life confirmation – It’s been a long road for this mini system since 2004 with many editions, a 3d and mini model constantly being released. With the success of the Nintendo Switch it could be the end of the road for the DS systems with no new games announced in the near future, it could be time for a swansong to the little console that could.

What are you looking from Nintendo’s E3 presentation? Sound off in the comments below.