VR tech has come a long way over the years and we’re now at a point where there are viable wireless systems which run off a smartphone, which seemed like speculative science fiction even a decade ago.

While Sony’s PlayStation VR (PSVR) is probably the most widely-adopted of the consumer VR entertainment units, it still needs a PlayStaton 4 Pro to run, and there are a lot of cables involved.

The latest VR unit on the market, however, does not have those limitations and represents a leap forward in a number of aspects.

The Oculus Quest – developed by VR company Oculus – is a self-contained wireless VR unit, in that it doesn’t need to be connected to a PC or console, and its connection to the internet or a smart device is via wi-fi and Bluetooth.

The unit comes in two versions – a 64Gb memory unit (RRP $649; reviewed) and a 128Gb memory unit (RRP $799) and setup was very easy and straightforward – although it did require creating an Oculus account or connecting to your Facebook account. There are speakers built into the headset, and the hand controllers run on a single AA battery each. It was all very clean and uncluttered.

As someone who is quite a fan of VR – my PlayStation VR unit gets a lot of use – the Oculus Quest really impressed me with the quality of its visuals and its overall design.

The main headset charges via a USB cable, much like a smartphone – it was all familiar territory, although I acknowledge I’ve been using VR stuff for a few years now. 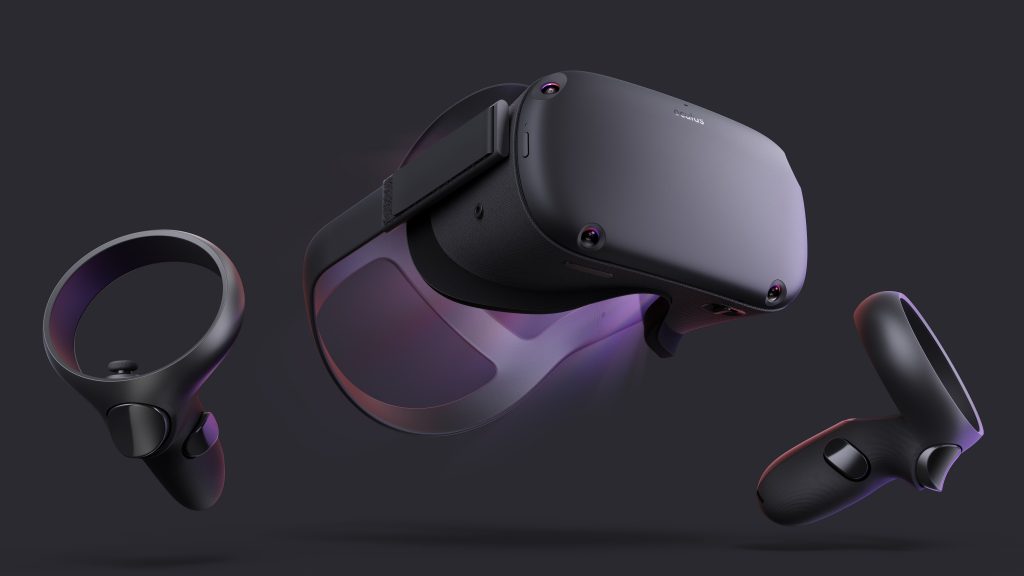 What I liked was the ability to set a virtual ‘boundary’ around your playspace with the Quest, allowing you to ensure you didn’t bang into furniture or walk into a wall or anything. The way it works is the unit lets you use one of the controllers to ‘spraypaint’ a boundary on the floor, and if you go outside it, the unit starts displaying a grid on-screen to let you know you’re leaving the playspace.

The home menu was pleasantly designed to look like the inside of a minimalist modern living room overlooking a forest, and the menus were straightforward to navigate.

The images were sharp and clear, and the controllers worked really well too – I never had the feeling my digital hands were out of alignment with what I was doing.

While most of the games on the Oculus platform are paid, there are a few free ones available, so I decided to play around with Bait!, Epic Rollercoasters and the Beat Sabre demo.

While the graphics were OK in Epic Rollercoasters, I did find I was starting to get mild simulation sickness from some of the more intense roller coasters – but the available tracks had some thrilling moments that worked well in the VR setting, too.

Bait! proved surprisingly relaxing though – virtual fishing, with pleasant settings and a pretty laid back vibe. The controls were very natural and I spent quite a bit of time in a digital deck chair casting a virtual line and causing the kids to ask what I was doing.

Beat Sabre was also a lot of fun, using lightsabres to cut boxes in time to music; the VR effect worked quite well here too and it’s a good game to get active to as well. I was also particularly impressed with how the Quest eyepieces didn’t fog up when I was playing. 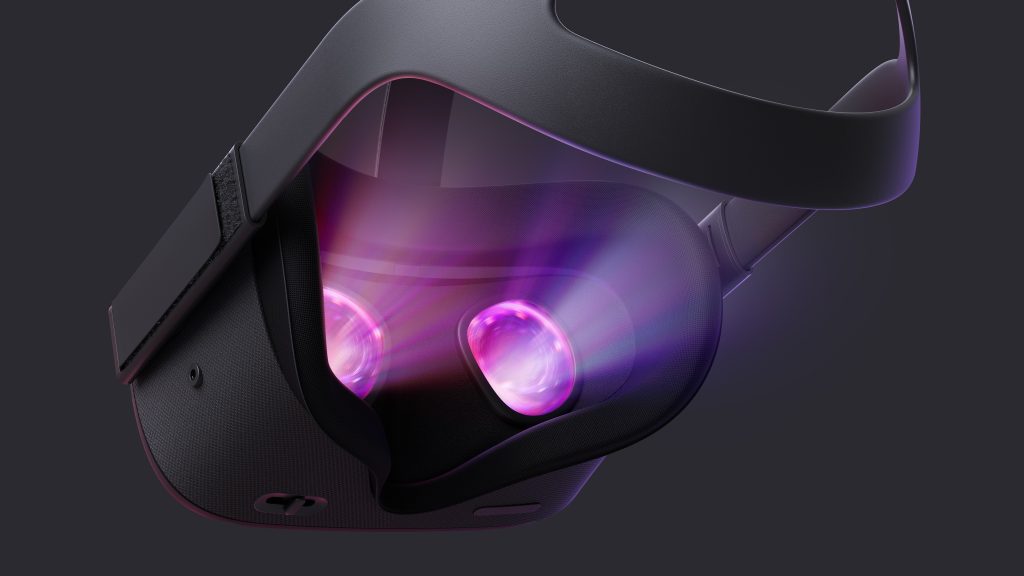 It isn’t all games either, with there being some VR-enabled videos accessible through the Oculus store; I watched several including one joining US Air Force paratroopers as they went skydiving; it was quite an impressive experience, especially in the 360 degree VR environment.

The Oculus Quest was a really impressive setup and it’s well poised to help push VR even further into the mainstream, being accessible to people who aren’t “gamers” in the traditional sense.

Overall however, I was really impressed with the Oculus Quest – my only major criticisms of the Quest unit itself were that I couldn’t get it to totally block out the light under the nosepiece and the headset started to get a bit uncomfortable on my upper cheeks after extended play sessions.

If you’re looking to get into the world of VR but don’t want to take the plunge into a PSVR setup, this is an excellent entry point and well worth looking into.

Royce Wilson is a Brisbane-based games and tech writer; talk to him on Twitter @RoyceWilsonAU