Playstation owned the skating genre with the exclusive release of indie stdio Roll 7’s Olli Olli and sequel Olli Olli Welcome To Olliwood. Fortunately the studio has been hard at work porting over the two games to the Nintendo Switch for more Ollicity and this time you can take it on the go (unless you are not counting the PS Vita version!) With intiutive controls using the unique Switch controls, these games are completely reimagined and look beautiful on the portable console. While the controls are quite simple, it is how the Joy-con HD rumble and gyro mechanics of the joy-con controllers that truly make this a game to master on the Switch.

The game is quite simple, it’s a skateboarding 2d platformer (I want to say – of sorts?) to progress in the game you master a variety of tricks to gain points and this unlocks the next level. The levels aren’t that long (about a minute or so) but the constant need to master the maximum amount of tricks and points give the game an extreme amount of replayability. Having both titles to pick and choose from is a great feature, particularly when you can take it all on the go. 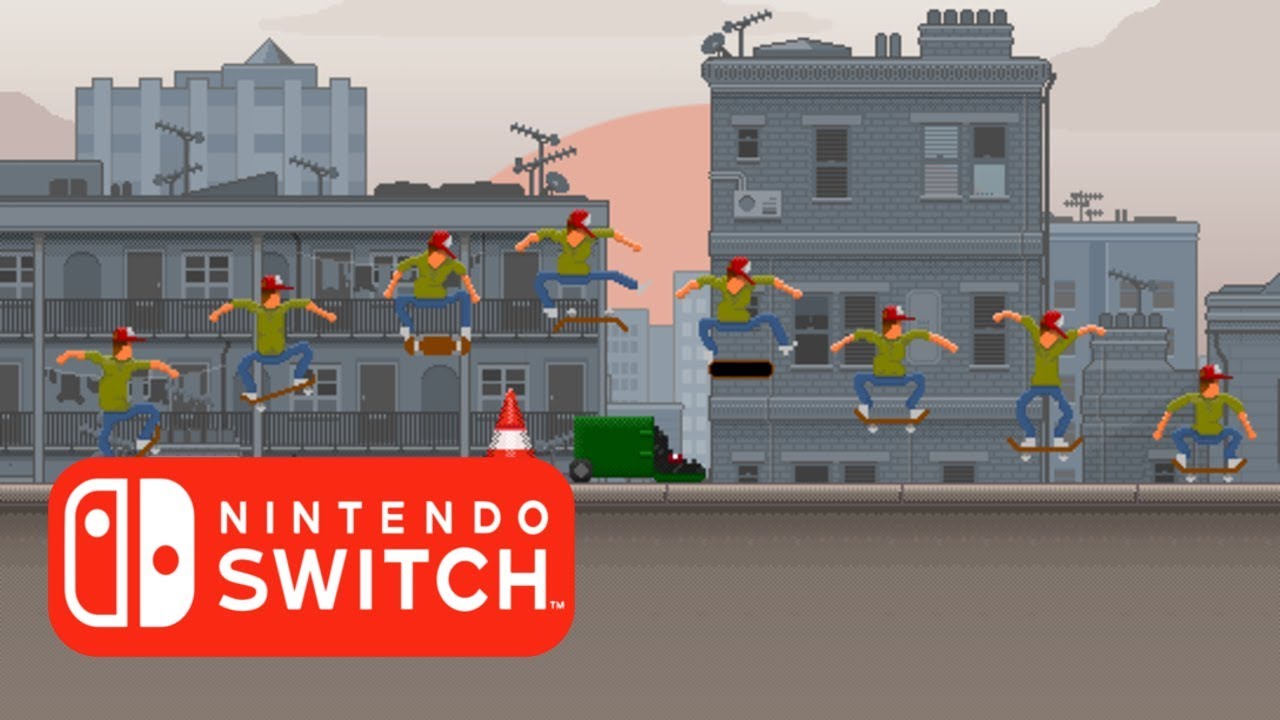 Visually the game is as beautiful as it always was, the colours and vibrance really pop on the Switch screen. The graphics have been upgraded to a smoother style for the console and looks great either in handheld or docked mode. This also goes hand in hand with the soundtrack, particularly in the second game which was always a stand out from the original release.

OlliOlli Switch Stance manages to mix up the gameplay with a fresh new look with challenging controls and the beauty of portability with the Switch system. This is the perfect indie title to bring to this system and is definitely worth picking up.

OlliOlli : Switch Stance is available via the Eshop on Nintendo Switch now.