Our precious is delayed… again

A message on the official Twitter feed stated the game’s release has been pushed a few months from its previous September 1 date. The exact release date has still not been revealed yet.

“We are dedicated to meeting our community’s expectations and uncovering the untold story of Gollum in a way that honors the vision of J.R.R. Tolkien,” the announcement said.

After being announced in 2019, it was then moved to a 2021 release date, and then pushed back again to 2022. The further delay news is disappointing to many Lord of the Rings fans, as the story is based around the original novels rather than the films. 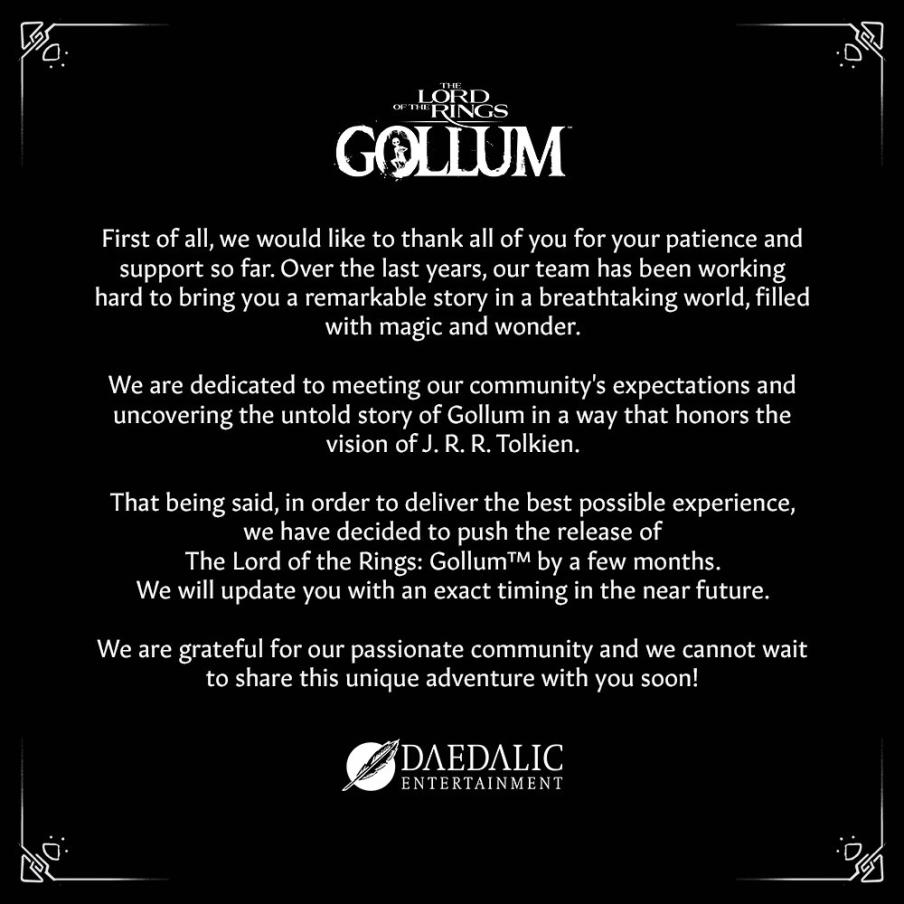