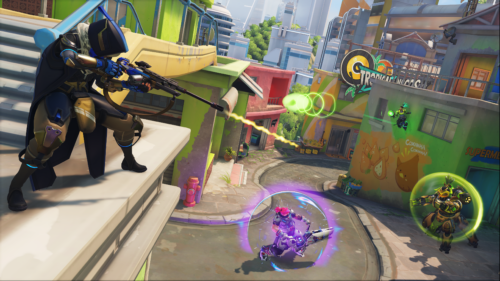 Overwatch was, for me, a unique FPS multiplayer experience for its time. Before then, I was more into your Call of Duty’s, sometimes Battlefield, etc. But there was something different about Overwatch when it came onto the scene in 2016. And, it wasn’t long before I became addicted. Or “OO” – Overwatch Obsessed.

For example, I spent the whole duration of Overwatch’s 2016 Christmas event in-game. Which is by far the most memorable event Overwatch has had. By 2018, I’d bought it not once, not twice, but three times. Just so I could play with my friends on all platforms. When I became a Mercy main, I went out and bought the t-shirt to show off my pride. So what had me hooked? What was Overwatch’s secret sauce?

It was a mixture of an even playing field for all, it’s unique hero play-styles and the constant content updates in the form of new heroes, maps, seasonal events and limited-time PvE content. With all of these ingredients, the thought of Blizzard bringing out a second Overwatch never crossed my mind. I was more than satisfied with what they’d already delivered.

Then in late 2019, Blizzard announced Overwatch 2. And while I didn’t need another Overwatch game, I was still interested to see what else they could bring to the table. Even though I wasn’t sure how else Blizzard could top my Overwatch experience. A larger focus on PvE is all that really comes to mind. And three years later, I can safely say that (for now) no one is topping each other.

To put it simply, Overwatch 2 is no more than the model for “Project: Free-to-Play”. While most other companies would simply switch their games over to F2P, Blizzard have relaunched, reworked and re-branded Overwatch. At this stage, I wouldn’t define it as a “new instalment” by any means. Everything we have in the first OW is being brought over to OW2 at launch, plus other features to fit in with the free-to-play format.

Blizzard have taken out the loot boxes and old levelling system and replaced them with a Battle Pass/in-game store. Which is definitely the norm these days for most games of the calibre. And it’s obviously going to be a good thing for the longevity of the game, as it gives players more to work towards. And it’s something to come back to more regularly. Especially with Blizzard claiming to offer 4x the amount of new skins per year. So far, it seems to be one of the very few features that I see as an improvement of the original. 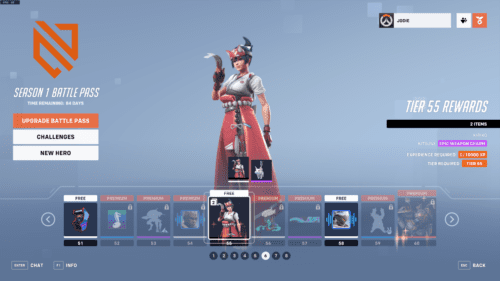 But the Battle Pass is offering more than just cosmetics items and a longer lifespan for the game. In a controversial twist, the Battle Pass also locks new heroes behind a progression wall. Which can be fast-tracked, for a small fee. Is it unfair? Yes, especially if we end up with a super OP hero. But we are playing a AAA F2P game, so this kind of thing doesn’t surprise me. It’s also too early to start seeing the effects of the new hero unlock system.

In terms of actual gameplay, Overwatch 2 introduces a new mode, new maps and three new heroes. So we’re basically getting a big patch update. The new game mode is sort of like a new take on an old favourite. And two out of the three new heroes are contenders as new mains. But before I get into that, there’s been a big change to team composition. Teams now consist of five players instead of six. Which in the great scheme of things, feels no different than 6v6. But with the absence of equal role balance, it makes you think about which roles are needed more than others.

Similar to “Escort”, “Push” is a new game mode where teams have to gain and keep control of a large robot which starts from the centre of the map. So unlike Escort where one team pushes the payload, both teams are pushing to each others end and defending at the same time. It’s only a slight breath of fresh air in comparison to the already existing Escort mode. But it also feels much more competitive at the same time.

Three new heroes are being introduced at launch and each represent a different role. They’re all fun to play with, but I found myself gravitating to two in particular – Junker Queen and Kiriko.

Junker Queen is an aggressive tank hero who wields both long and close range attacks. I’m not a huge fan of being in melee-range in Overwatch. But with Junker Queen, I live for the chaos. Swinging my axe around while throwing around my boomerang knife has been a blast. It’s a balance of the aggressive melee and ranged attacks I didn’t know I wanted. 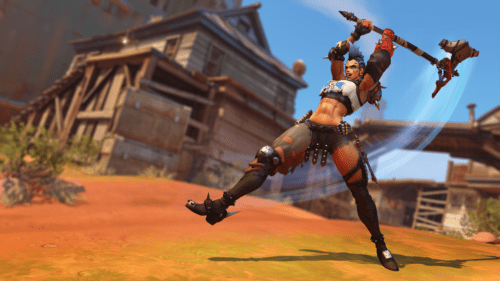 Kiriko, the support hero, might also be stepping on my main girl Mercy’s toes. They both share similarities in how they play, but everything about Kiriko feels more fluid to work with. From the transition between healing and damage dealing to how she can teleport to other team members. I was able to slip into her shoes almost as easily as I did when I first started playing Mercy.

So why am I not praising the new DPS hero, Sojourn, like the others? Well I’m not saying that she’s a bad hero to play. But Sojourn didn’t wow me. In my opinion, she feels pretty basic. Sojourn is kind of like the DPS version of Zarya, sharing similar weaponry and abilities. And she reminds me a bit of Soldier: 76. Who, also, is a cool character but there’s nothing flash about him.

So where is that PvE content I dreamed of? Well, according to Blizzard, it’s not coming until next year. Which is unfortunate because, in my opinion, it would have been the thing that might have wowed me about Overwatch 2. However, I might have to do a mini review when the time comes.

The new Battle Pass format is enough of a reason for me to want to jump back in after not playing for so long. And the free-to-play concept allows more people to give Overwatch a go. But I can’t say that Overwatch 2 is the huge improvement I was expecting. It’s extended it’s shelf life, there’s no doubt about it. But without the PvE content, it feels more like a patch update than anything.