While distracting most of the Overwatch community with a 6 second clip with a ball (seriously it’s on twitter), Blizzard has swerved us and pushed the PTR build to live! It’s a new patch with some brand new features that everyone’s sure to love and re-introduce a hero back into the game on another level!

The first big change you’ll see as soon as you log into the game is the new Endorsements system. 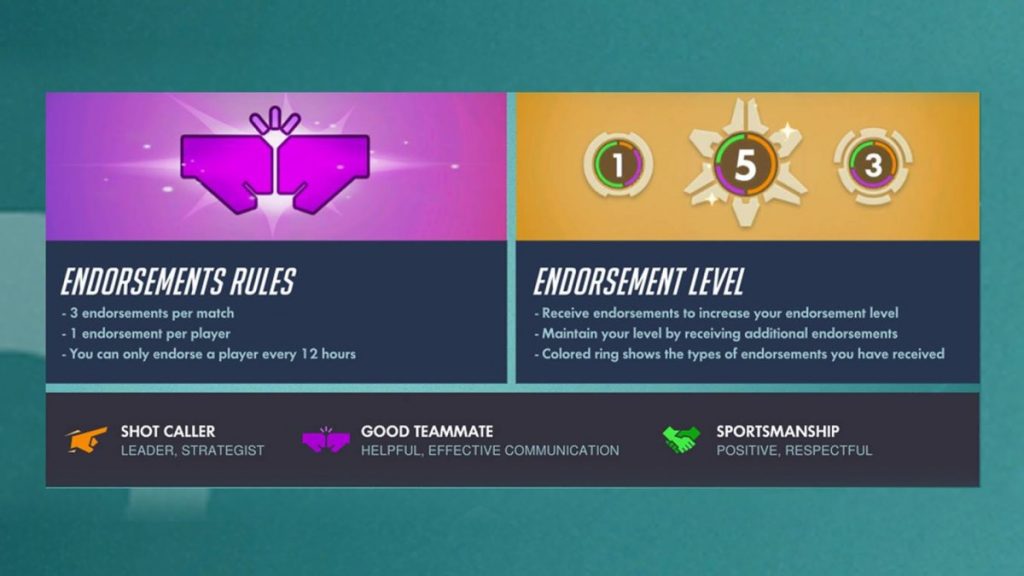 As a break from trying to punish the bad side of the game, Blizzard and the devs for Overwatch have decided to go in another direct and that’s to look at rewarding the good people of the game. To put it super simple, after a match you’ll have the chance to “endorse” a player on your side and then a player on the opponent side (you don’t have too either). An option will be given to select a player on your team(then the opponent team) and to recognise them under 1 of 3 categories –  players exhibiting sportsmanship, being a good teammate, or for shot calling. As you receive the endorsements you’ll gain a rank with them, this can be shown off in your profile for everyone to see how awesome of a player of you! Those that consistently maintain a high level of endorsement will receive rewards too, from what I’ve seen so far its mostly lootboxes! Hell yeah!

The second big change following that, which also goes nicely along with it is the new Looking For Group feature. 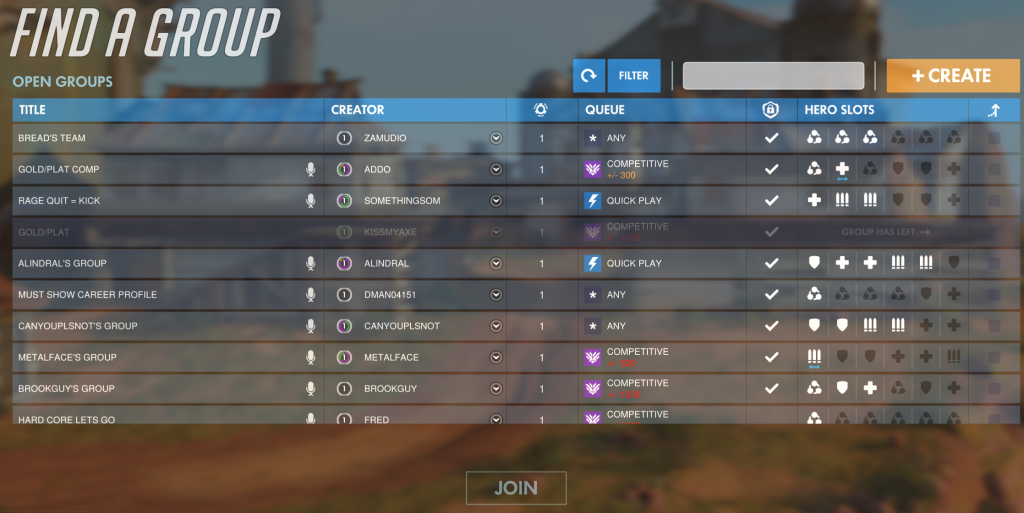 Not in the mood to gamble that solo queue? Fear not hero, the looking for group feature is here for you to use and its super simple. Click the new LFG icon near your player name on the menu screen. You can either start your own group or look to join other groups that are currently forming. Once you find something you want to join, select which Role (Tank, Support, Damage) you’re in the mood for (as players who chose a specific role will be restricted to only use heroes in that category) and join up! Make new friends and climb those ranks. The feature has great potential to remove possible toxic team mates like that instalocking Hanzo, Genji, Widow, Torb we all know too well or when 6 DPS mains get grouped together in comp. Group up with people that want to play the game and not throw because someone else is playing there main…

While we’ve had many changes to heroes in the past. abilities removed, new ones added, nerfs and buffs for about everyone. For the first time a hero ever has been completely reworked.

Introducing the new and improved, Symmetra! 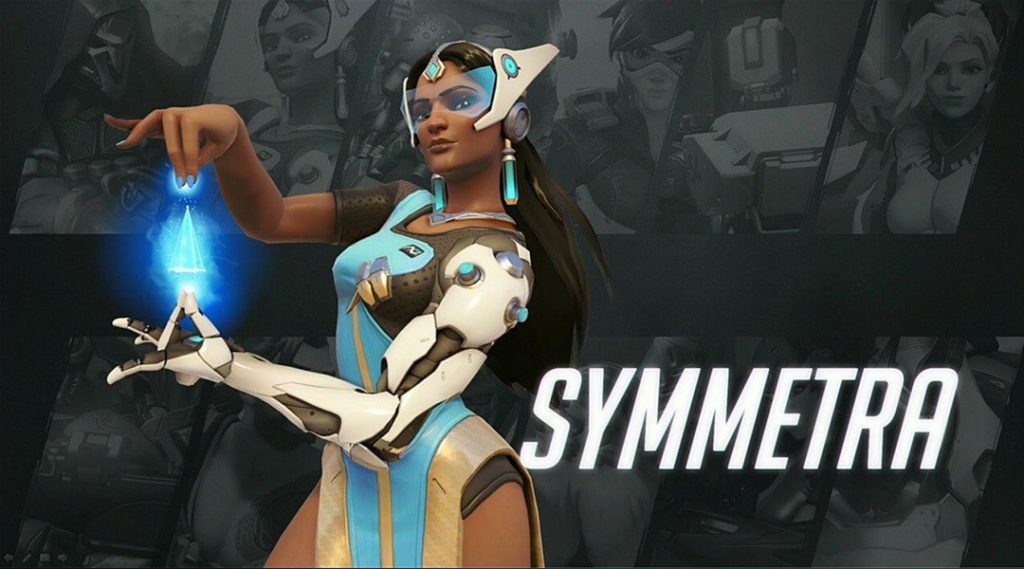 Lets look at the developer comments and how they’ve changed her exactly: ” Developer Comments. The goal of these changes is to move Symmetra to her new damage role and make her more flexible and viable across more areas of the game than she was previously. Now that Symmetra is no longer a support hero, she is expected to be able to dish out heavy damage, and these changes allow for her to do so. She should be more powerful and interesting in more team compositions and maps, and she should also be stronger on offense and defense.”

With her only being in the PTR and now Live for such a little time. It’s hard to say exactly how and where she will fit and if the meta is going to have any sort of changes because of her. In a Australia tournament myself and my team are currently competing, we’ve just had word that shes been BANNED for the coming weekend games and possibly even longer, which isn’t to many peoples surprise, besides the sad Symmetra mains (all 5 of them).

A couple of buffs to other heroes in this patch as well, including 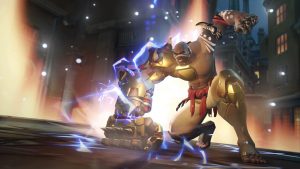 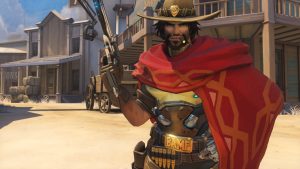 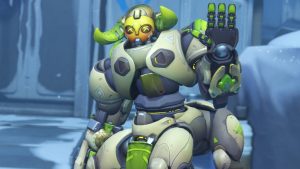 That’s not all in this mega patch, however without going into the minor details of the bug fixes and all the specific General Updates we’ve got.

And very lastly, but not at all the most minor of the news in this patch. We also got an update to the assault map, Lunar Horizon Colony. 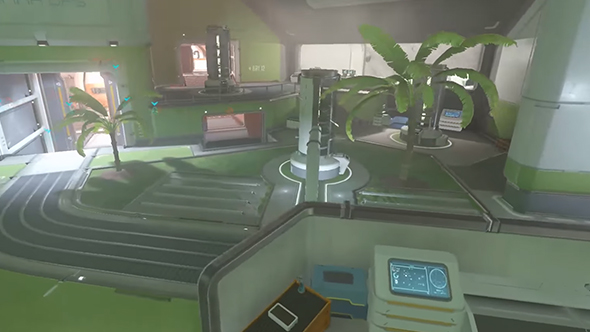 Developer Comments: We’ve wanted to make some gameplay improvements to Horizon Lunar Colony for some time now. The defenders’ spawn room had a problem with its main exit that allowed defenders to quickly duck back inside and regain health while attackers shot at them without doing damage. Since we were already reworking the entire back area, we decided to make some more changes addressing player feedback. The idea behind the rework of Point A was to not only help the defenders a bit, but also provide some gameplay options aside from sitting on the point and trying to hold it for as long as possible. Easier access to high ground, as well as limiting the routes for attackers (or at least allowing for defenders to more easily spot the attackers), will allow more opportunity for counters and create a better gameplay experience. We’ve made a lot of additions and changes to the art throughout the map for you to discover as well.

The best way to see this is to check out the map itself, they rework looks incredible and some of the visual updates will make you forget what it even looked like to start with!

And that heroes, is a quick run-through this awesome new patch! An encouragement to play nice, to play with friends and make new ones, play with whats basically a new hero and enjoy these quality of life changes.