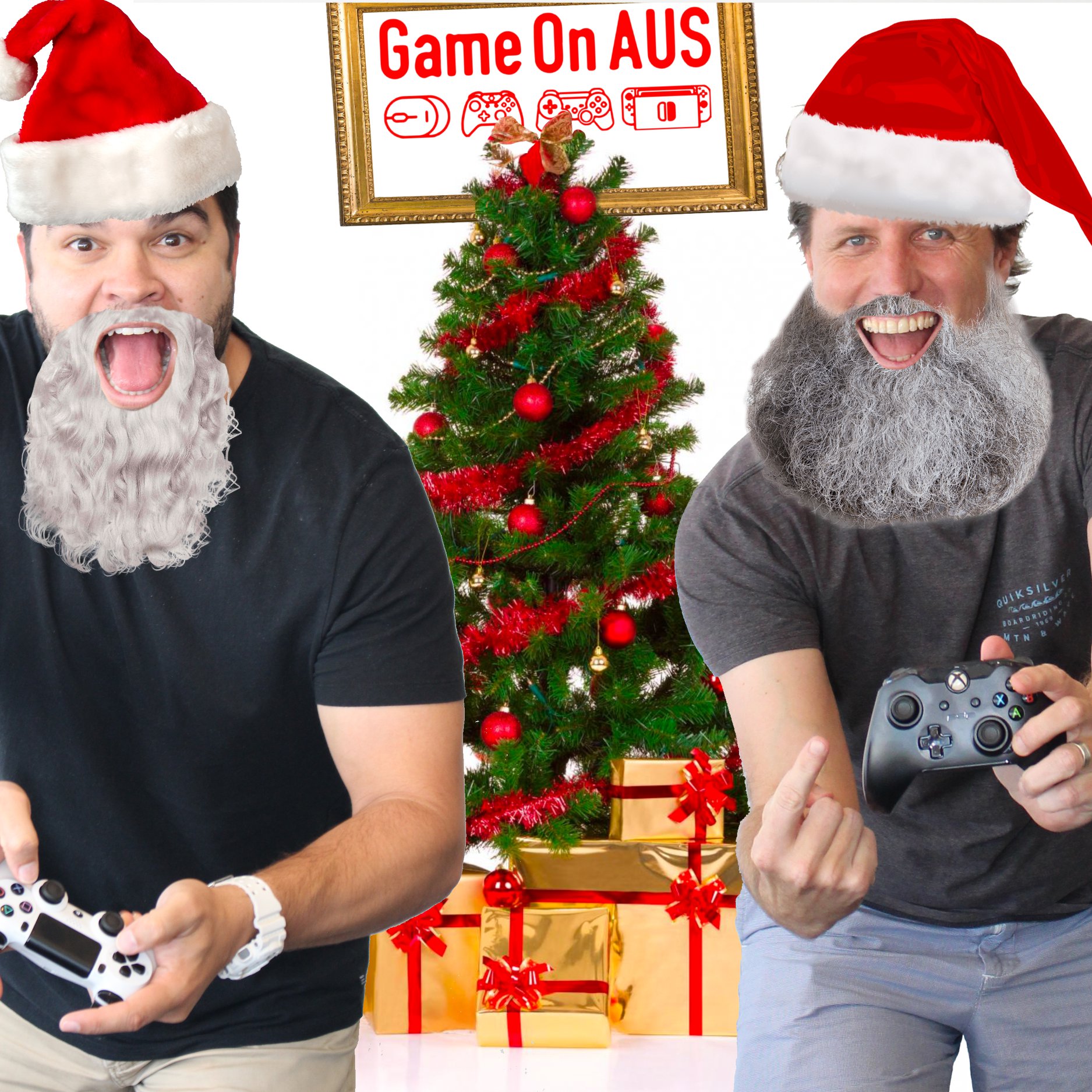 Ep 106 – Every prize revealed the 12 Games of Christmas Giveaway!

The 12 Games of Christmas is on now at the Game On AUS facebook page!

Dan’s back – and must’ve been well rested, he’s got what might be his joke of the year!

Top 3 things gamers need to hear this week:
1. Kotaku’s Alex Walker joins us to go through the Australian senate inquiry’s recommendation into loot boxes.
2. We reveal every prize we’re giving away in the Game On AUS 12 Games of Christmas giveaway!
3. Game On AUS has been nominated for two awards in the Australian Games Awards – which ones and where to vote!

We catch up with our old mate, twitch streamer, Steve Mo Stache – he’s been partnered!!! Auto-host us you banana, we <3 you!

Also the results of our facebook poll – do you think there should be sniper rifle bullet drop in games?