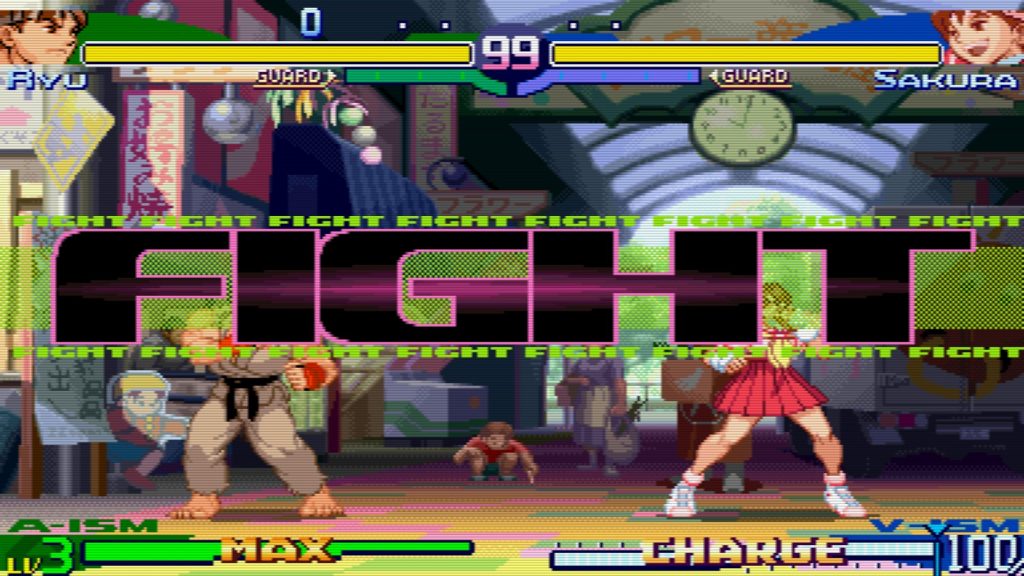 It is unbelievable to think that we have been lucky enough to have 30 years of Street Fighter. From the Arcades in the 80s/90s, to consoles at your home and now with international tournaments broadcast on the TV & Online… It is very easy to consider it the first “real” competitive fighting game and few would argue. 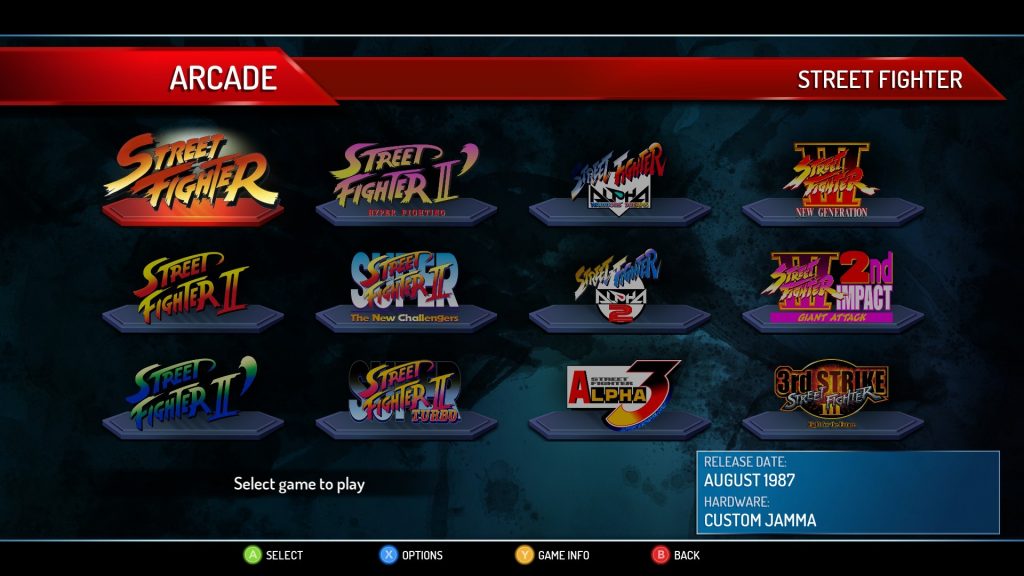 I couldn’t help but feel a little disappointed that it didn’t come packaged with Street Fighter 4 or 5. It only comes with Ultra Street Fighter IV if you had pre-ordered it. This is supposed to be a celebration of all things Street Fighter. It’s still an impressive collection, but they definitely could have given that little bit more. 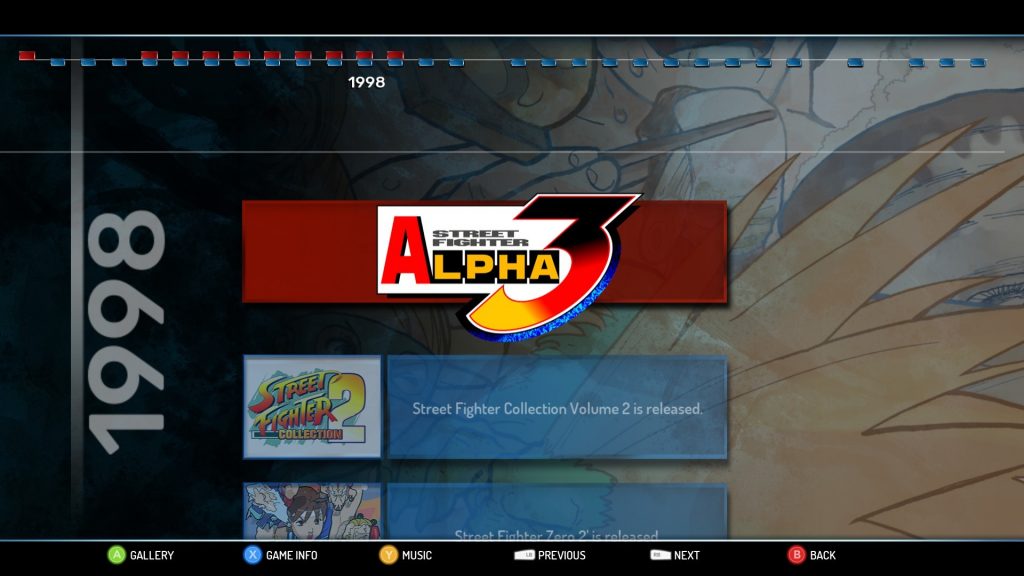 Now, on to the game itself. It comes with a very impressive Museum which has a massive timeline from the initial designs of Street Fighter 1 in 1987, all the way to 2018 with Street Fighter V. It is a Street Fighter fanboy’s dream, with sketch work of how they wanted the arcade machines to work (they actually wanted you to hit/punch the buttons!), character art, logo art, music, everything you could ask for and even more.

The museum also has a section for just the character’s stories, moves, likes, dislikes, etc. from Street Fighter 1 to Street Fighter 3. There are some real gems in there on these characters that you’ll never have known before. Apparently Guy doesn’t like western (stand-up) writing – here’s hoping he is still reading this! 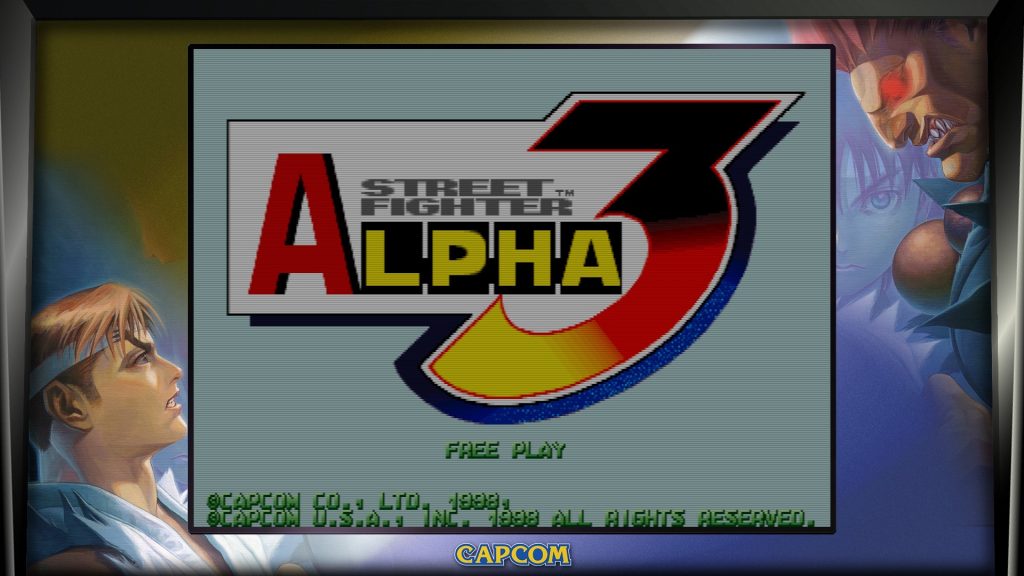 When it comes to actually playing the old games is where this collection truly shines. When you select the game you want to play, it opens just as it would with an Arcade machine – in the selection screen it even tells you what hardware it ran on. For a tech nerd like me I found that very cool. The game allows you to turn off borders, change scan lines from TV to Arcade or Off and allows you to run it in to a full or wide screen mode. Let me just say that it would have been quite difficult to have all these games run with their own emulation and run as well as they do. Definite plus in Procks Points for that.

You can play online with four of the games in the collection, but you just can’t find a session to play. Even if you’re just trying to join a casual lobby it’s very hard to find a game on the PC version. I sat there searching for a game for 20+ minutes with no hits and eventually gave up. The only good part about my online experience was that I was able to play the arcade (single player) mode of one of the four games while I waited.

Overall, Street Fighter 30th Anniversary Collection is exactly what they promised it would be. An impressive collection of some of the best fighting games to ever grace an arcade. The museum is the real hero in my books purely for the quality of the images (up to 4k) and the amount of information shown.

– Online was near impossible

Before we sign off, I would like to thank the guys at Savemi for providing us at Game On AUS with a key for the Steam copy of the game. Please visit Savemi.com.au for your next online game purchase, as they donate 5% of their sales to BeyondBlue and we can appreciate that.

Thanks for reading and happy hadouken!