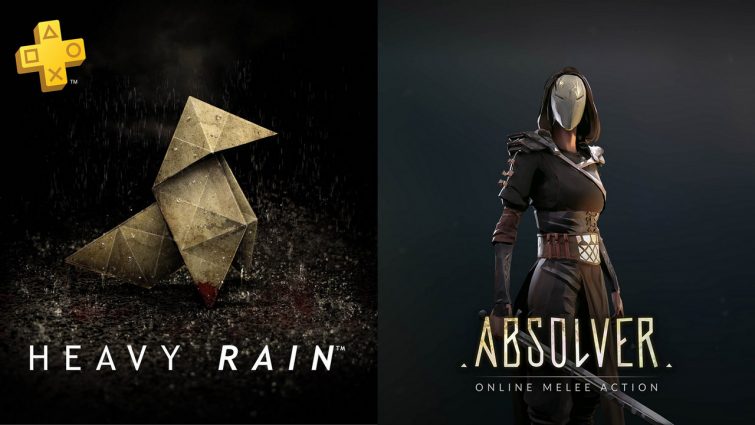 PlayStation 4 users will feel a little bit of déjà vu with Heavy Rain being made available. It was only two months ago, that Quantic Dream’s other interactive drama action adventure Beyond: Two Souls was available and with Detroit: Become Human being a massive hit now, here’s an opportunity to try David Cage’s critically acclaimed title, that places you right in the action trying to track down the Origami Killer, a serial murderer. The other title available for free download this coming month is a title called Absolver. Absolver is an action based RPG, heavily focused on a martial arts combat system that see’s the player take control of warriors fighting over the control of a collapsed empire. You can experience both PVE against AI controlled enemies or take on a PVP style multiplayer combat arena.

PlayStation 3 users have the choice to download the third instalment from the legendary Rayman series mixing great action and adventure with challenging platforming. Users also have Deception IV: The Nightmare Princess ready to download, an action strategy RPG. Both titles are a ton of fun and both should be must downloads in my opinion.

Starting this week and running through till the 9th of July the 3 month PlayStation Plus subscription price has been reduced by 25% down from $33.95 to the very attractive price of $25.45. Please note this is a one per customer purchase and the price will revert back to the full price once the 3 months is up, but take advantage of this while you can because you’re guaranteed 6 free games over that 3 month period!

For this weekend only, Destiny 2 is free to play for anyone with a PlayStation Plus subscription. All you need to do is download the demo, and you will receive the full vanilla campaign, strikes, raid and pvp fun! Just be aware this doesn’t contain the two expansions just the base game.

Finally, don’t forget that Call of Duty: Black Ops 3 is still available for download until 11/7/2018 so get it while you can if you don’t already!

Metacritic rated the PS+ July titles with the following scores