“The Razer Kraken X is an affordable entry-level headset for gamers. The sound quality is decent for consoles, with PC’s gaining access to full 7.1 surround sound and the bendable microphone arm holds its position well.”

The latest addition to Razer’s line-up of headsets dropped in early June with the Razer Kraken X. As advertised on the box, the Razer Kraken X is “the ultra-light headset for non-stop gaming” and can be used for both PC and consoles. ‘Ultra-light’ and ‘non-stop gaming’ sing to me, so I was excited to give them a run for their money. And by money, I mean a very modest AUD$89.99 from the Razer store. 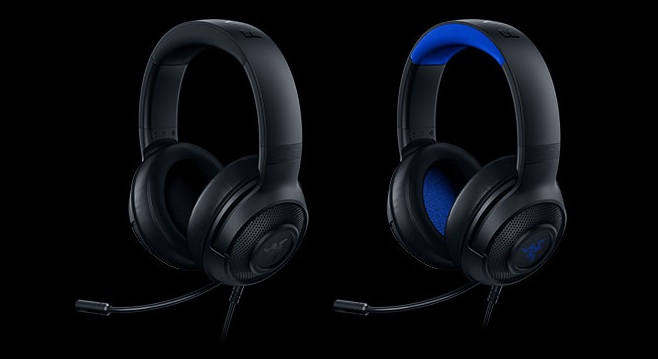 The Razer Kraken X is a very sleek and lightweight headset with minimal but essential features that gamers want. At 250g and utilising a simple black design with the Razer snake logo on the earpieces, these are not bulky like some other more expensive headsets. There is also a console-only version of the Kraken X featuring blue highlights on the headband and inside the earpieces. It features an adjustable headband slider with numbered markings both sides, indented eyewear channels and oval ear cups. This is the first time I’ve seen a headset with eyewear channels and what a great feature. I don’t wear glasses myself but know plenty that do, and they would love not having their glasses wedged into their heads like their other headsets.

The earpieces and headband feature plush memory foam cushions. I’m used to having fabric material on other headsets, so I did find the earpieces on the Kraken X got warm after wearing them for a while. I am using this headset in winter so I imagine these could get too warm for me in summer. They are comfortable to wear during my gaming sessions lasting 2-3 hours, but the earpieces are slightly too small for my ears. I don’t have huge ears, but other headsets fit my ears better. Otherwise the Kraken X does sit well on my head and I can feel the grip on my ears. Also moving my head around in fast movements was no issue for them staying on my head, whereas my other headsets would have fallen off. 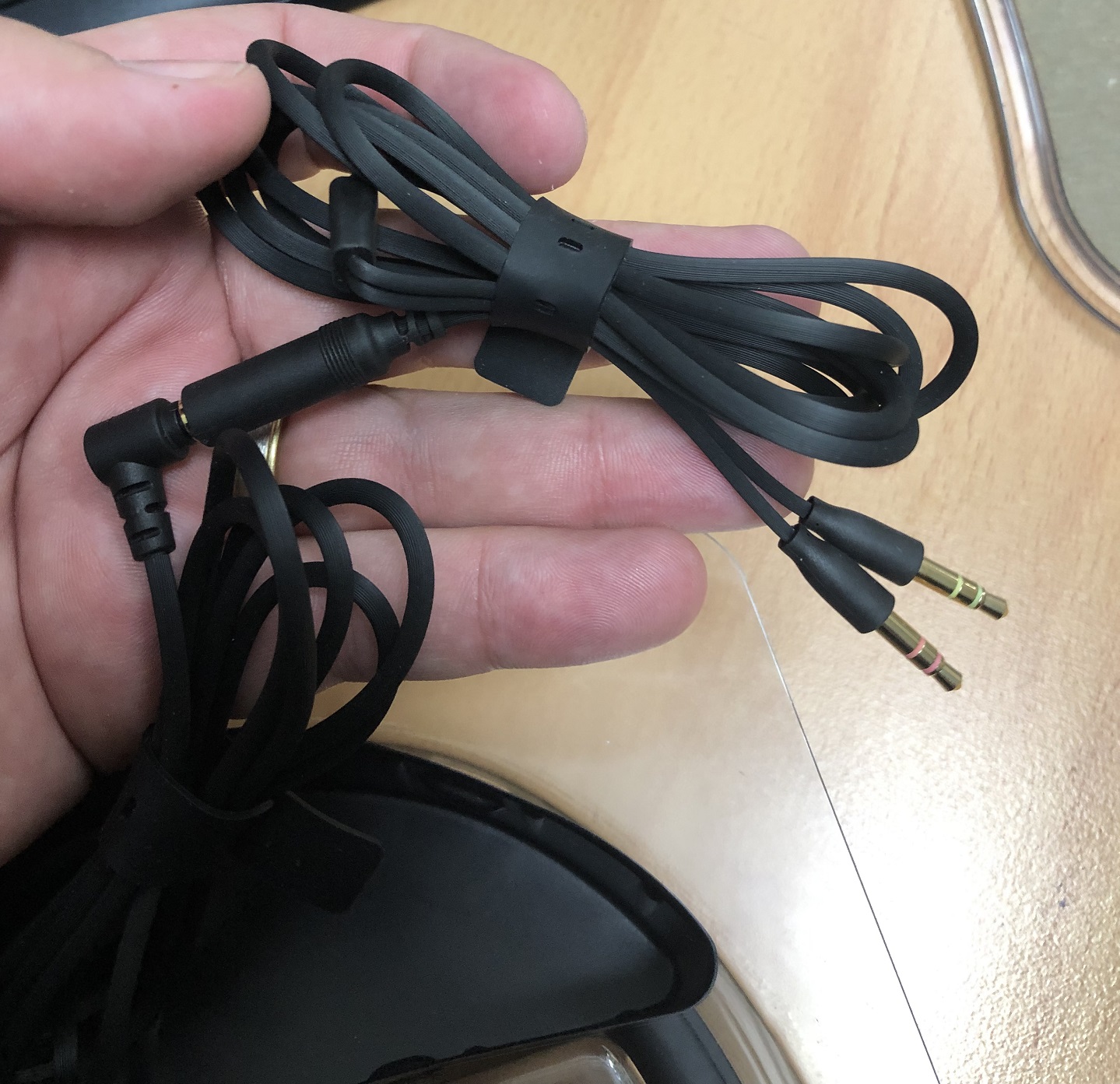 The left earpiece is where all the action is with a volume control, a microphone mute button a bendable cardioid microphone and the wired connector featuring a 3.5mm jack. This will plug straight into an Xbox or PS4 controller, however it also comes with a splitter for PC’s with separate headphone and microphone connections. The volume control was very responsive though it doesn’t change your system volume in Windows like other headsets, so I found I had to remember to drop the volume when I finished my gaming sessions. Otherwise I would find out the hard way that I had the volume extra loud the night before. Also, when the volume is set too loud, the sound transmits over the open microphone when chatting to mates in-game or on discord. I had to drop the sound enough, so it wasn’t giving feedback.

Featuring custom-tuned 40mm drivers in the earpieces, using the headset with a console will give good quality sounds for gaming. However, the 7.1 surround sound feature is limited to PCs, and only with additional Razer software. Once this was set up it will utilise the full 7.1 surround set up. When I performed the surround test, I noticed the rear left and right sounds were much lower than the other directions. This was also apparent in games I tested like PUBG and Borderlands 2 where I couldn’t hear sounds behind me near as well as all other directions. Sound quality was decent for a headset, though not as good as some I’ve used. When playing music, they did sound a little tinny depending on the song and the bass was not as deep as other headsets, but at the price of AUD$89.99 this is to be expected. In-game on the PC, gunshots, explosions and general game sounds were terrific and other player voices were crystal clear.

The microphone arm is very bendable and holds its position in front of your mouth better than others I’ve tried. I wonder though if it would hold its position as well in 6-12 months’ time. However, it can’t be tucked away in the up position when not required, at least without spending time bending it to the shape of the earpiece. If I just brushed the arm up with my left hand, it’d still be in my peripheral vision, whereas other headset microphones tuck into the headset. When I did have it stored upwards, I had to remember that it wasn’t muted automatically. There’s no light on the microphone indicating whether it’s muted or not, so you must feel the back of the earpiece whether the button is depressed (muted) or pressed. A few times I would start a gaming session and be chatting away to my mates, only to be told they couldn’t hear me. 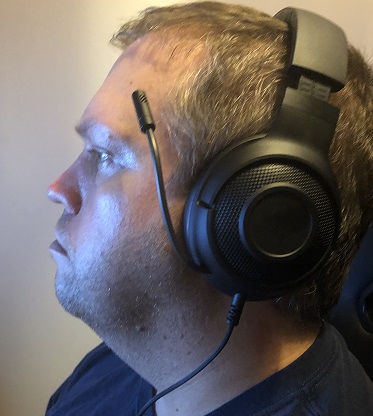 One feature of the microphone that I was excited to test was the area of coverage the microphone captures. It is advertised to focus on your voice input and supress background noise from the side and rear of the microphone. I have a very loud mechanical keyboard and a noisy hum from fans in my PC case, which is on the floor next to my desk. I was interested to see how this microphone dealt with these. Unfortunately, it captured pretty much everything happening in my gaming room. I had to heavily adjust my discord, in-game settings and add multiple filters to lessen the effects of everything other than my voice, with little success. This was the only major disappointment with an otherwise great headset.

Overall, I gave this headset a 7.5/10. The Razer Kraken X is a very affordable entry-level headset for gamers. The sound quality is decent for consoles, with PC’s gaining access to full 7.1 surround sound and the bendable microphone arm holds its position well. Unfortunately, the microphone picks up everything in the room despite being advertised to focus on your voice, and the lack of a visual mute indicator meant constant checking of the mute button. 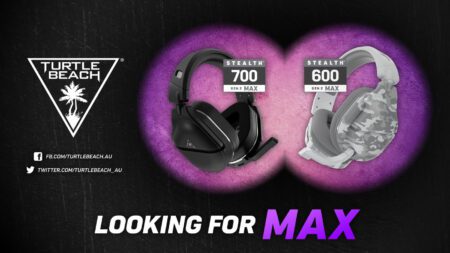 Turtle Beach would like the real Maxs to please stand up

THIS coming Friday (October 14) will mark the day that Turtle Beach will release not one, but two new headsets… Logitech G, a brand of Logitech and leading innovator of gaming technologies and gear, has released the G502 X, and…