Release date (for some platforms) announced for Marvel’s Midnight Suns 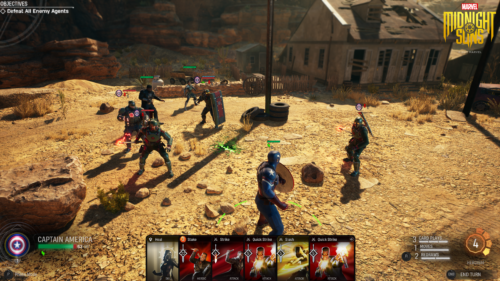 The Disney and Marvel Game Showcase was recently held during D23 Expo 2022 and featured more news about Marvel’s Midnight Suns. As previously reported in August, Marvel’s Midnight Suns was pushed further back from its October 7 release date. This was the second delay for the tactical RPG, as the devs wanted to “deliver the best possible experience for fans.”

No date was announced, apart from being later in the fiscal year. This was until Firaxis Games announced during the Game Showcase at D23 that Marvel’s Midnight Suns will launch on December 2. However, this only applies to PC, Playstation 5 and Xbox Series X|S. All other platforms are still in limbo about a release date for them, which will be announced at a later date.

A gameplay trailer was also shown during the presentation, as well as the intro to a series of shorts premiering next month. The five-parted animated series of shorts will premiere on Halloween, over on the Marvel YouTube channel, serving as a prequel to the game. The shorts will be released weekly, telling the backstory of Lillith, the mother of all demons, and how the Midnights Suns was formed.

“In Marvel’s Midnight Suns, we knew we had a really cool opportunity to dive deep into the dark side of Marvel and introduce some supernatural heroes that may be new to many Marvel fans,” stated Jake Solomon, creative director at Firaxis Games. “Prequel Shorts sheds light on the events leading up the game and really brings the world of Marvel’s Midnight Suns to life.”