A plethora of information was revealed over the weekend about the next big patch for Final Fantasy XIV Online during the latest Letter from the Producer Live. Titled “Futures Rewritten”, Patch 5.4 will drop on December 8 and contains already reported content as well as updates to certain gameplay elements.

“Futures Rewritten” is a brand new chapter after the Shadowbringers main story wrapped up in Patch 5.3 with the Scions making their return to the Source. But what does the future hold for them? A new dungeon will also be added into Patch 5.4 called Matoya Relict and will most likely be part of this next story chapter. Apart from new story content, the headlining update is of course the next chapter in the Eden raid series called Eden’s Promise. New boss fights await, including one designed by Kingdom Hearts director and Final Fantasy series veteran, Tetsuya Nomura. 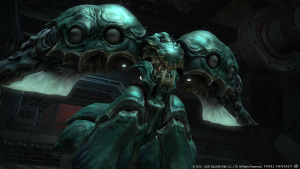 New challenges don’t stop there as the Sorrow of Werlyt story continues with the Emerald Weapon. The Sapphire weapon may have been destroyed but the Empire still have something else hidden up the their sleave. You’ll be able to fight the Emerald Weapon in the latest trial titled Castrum Marinum. And just like with the Ruby Weapon, this fight is available in both Normal and Savage difficulties.

Speaking of trials, the next boss in the Unreal Trials has now been revealed. Squashing my previous prediction, the next upscaled boss will Titan. Like the current Unreal trial fight with Shiva, the Titan fight AKA The Navel will be exactly the same as it was when released at level 50 in A Realm Reborn but will be scaled for level 80.

Various updates have also been made adding new routes for Ocean Fishing, updates for Triple Triad and the ability to now play the violin in-game. There are also updates for Crafting and Gathering including crafter actions and a revamp of the collectable and aetherical systems for gatherers. 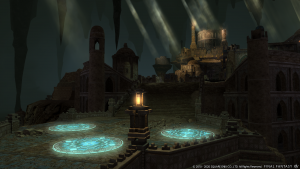 “Explorer Mode” will also be launched in Patch 5.4 allowing players to enter any dungeon they want enemy-free for the sole-purpose of taking screenshots.

While this is all we’re getting for the time being, which is definitely nothing to complain about, the Live Letter broadcast also revealed future content in Patches 5.41 and Patch 5.45. We’ll see the next chapter for both the Save the Queen questline as well as updates to the Resistance Weapon. Finishing Save the Queen in Patch 5.45 will allow you to upgrade your Resistance Weapon an additional two tiers and will also allow you to personalize attributes. Save the Queen will also take us to Delubrum Reginae in Patch 5.45, involving large-scale battle content in either 24-man Normal mode or 48-player Savage mode.

Crafters and Gatherers will also be able to upgrade their Skysteel Tools even further in Patch 4.45. Blue Mage also gain a huge update as the only limited job in Final Fantasy XIV Online increasing its level cap to 70 while also adding new learnable blue magic, equipment and Blue Mage Log additions. The only notable update coming to Patch 5.41 for the time being is the Ishgardiam Restoration. This will mark the fourth and final stage in restoring the Holy See of Ishgard.