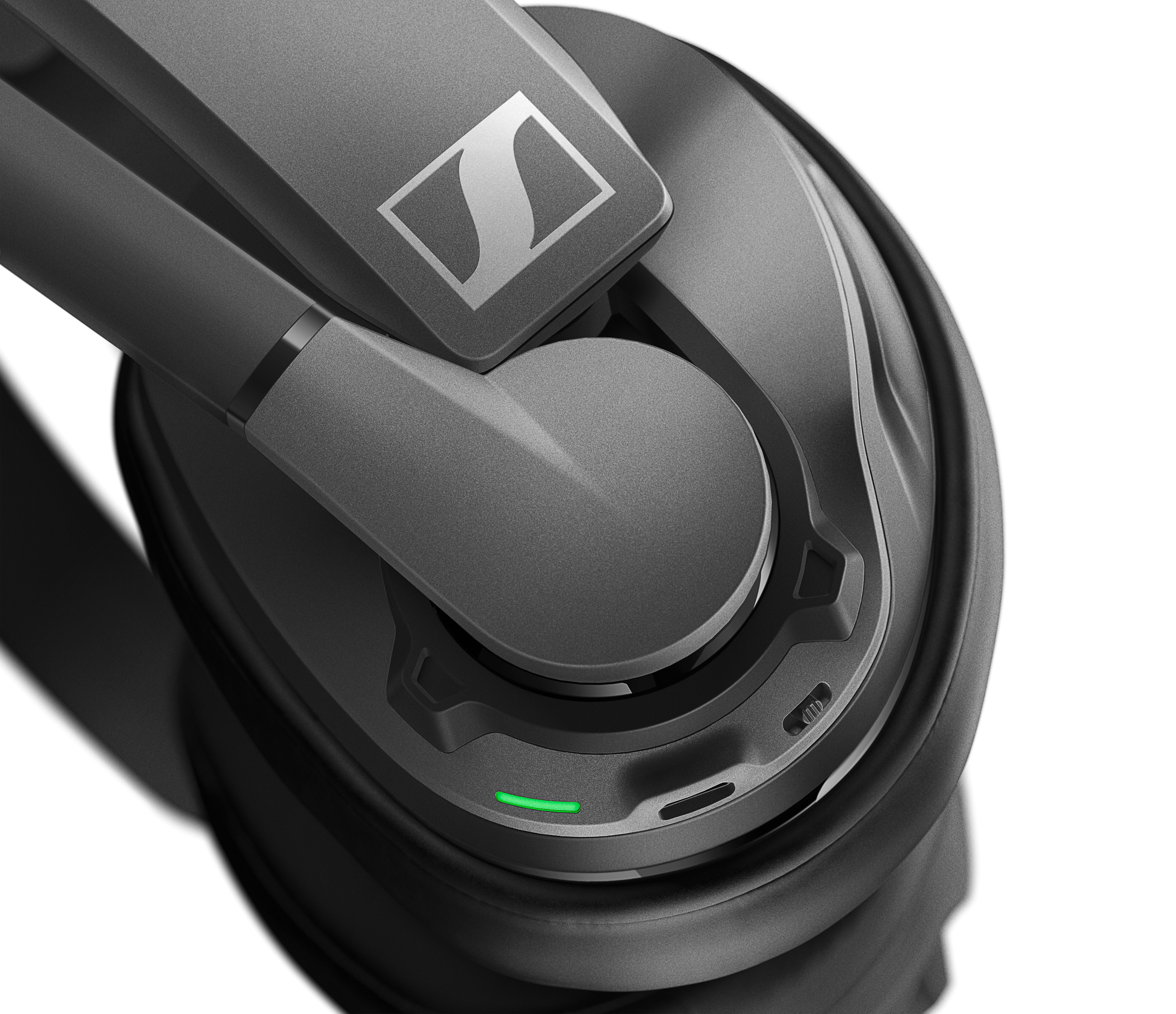 THE great thing about wireless headsets for gaming is they don’t involve cables all over your desktop.

The not great thing about them is constantly needing to plug them into a USB port to charge, otherwise they won’t work – and they usually decide to stop working right when something interesting or important is happening-onscreen.

Sennheiser claim to have solved that problem with their latest set of headphones, the GSP 370 which has a battery the manufacturer claims will last up to 100 hours – at least three times longer than other wireless headsets.

While nominally intended for PCs, the wireless dongle also works with Mac and PS4 too, so it’s not just a PC-based affair.

Does the battery last 100 hours? It certainly seemed like it when I tested it – it lasted much, much longer than any other wireless headset I’ve used. I got a solid week of gaming without needing a recharge when I tested it, which included some pretty lengthy sessions of reviewing The Outer Worlds

While Sennheiser haven’t gone into detail about how the headset can have such a long battery life – it isn’t heavy or bulky, which you’d expect with a massive battery – but the fact it is it does work, and work very well too.

It’s not just the really long battery life either – the sound quality on the GSP 370s is excellent; probably the best I’ve encountered in a wireless PC gaming headset – provided you’re running the Sennheiser Gaming Suite software. You get 7.1 surround sound and can adjust the EQ settings, and I found the sound was excellent both for gaming and watching movies and streaming TV as well.

Without the software, the sound wasn’t as impressive – it defaulted to stereo sound, which took away some of the appeal, the EQ couldn’t be adjusted and the fine tuning was unavailable.

Aesthetically, the unit looks much like Sennheiser’s other gaming headsets, although it’s lighter and doesn’t appear to have any metal components to it. With memory foam earcups and padding on the headband, It’s comfortable to wear for long periods once you get it settled in, although I found it took a few hours to really adjust to the shape of my head.

The microphone is a flip-to-mute noise cancelling affair and it has a volume knob on the right earphone, which I really liked. Charging is via a micro USB cable, which also provides sound while charging if required.

The major criticism I have of the unit is that it doesn’t connect via Bluetooth, so you can’t use it with your phone, and you really need to use the Sennheiser Gaming Suite software to get the best sound settings for it. It also has an RRP of $349.95, so the question of whether being able to game for up to four days solid without charging is worth the pricetage is an exercise left to the potential purchaser.

Overall though, if you want something with a battery that will last for a really, really long time as well as sound excellent too, you can’t go past these.