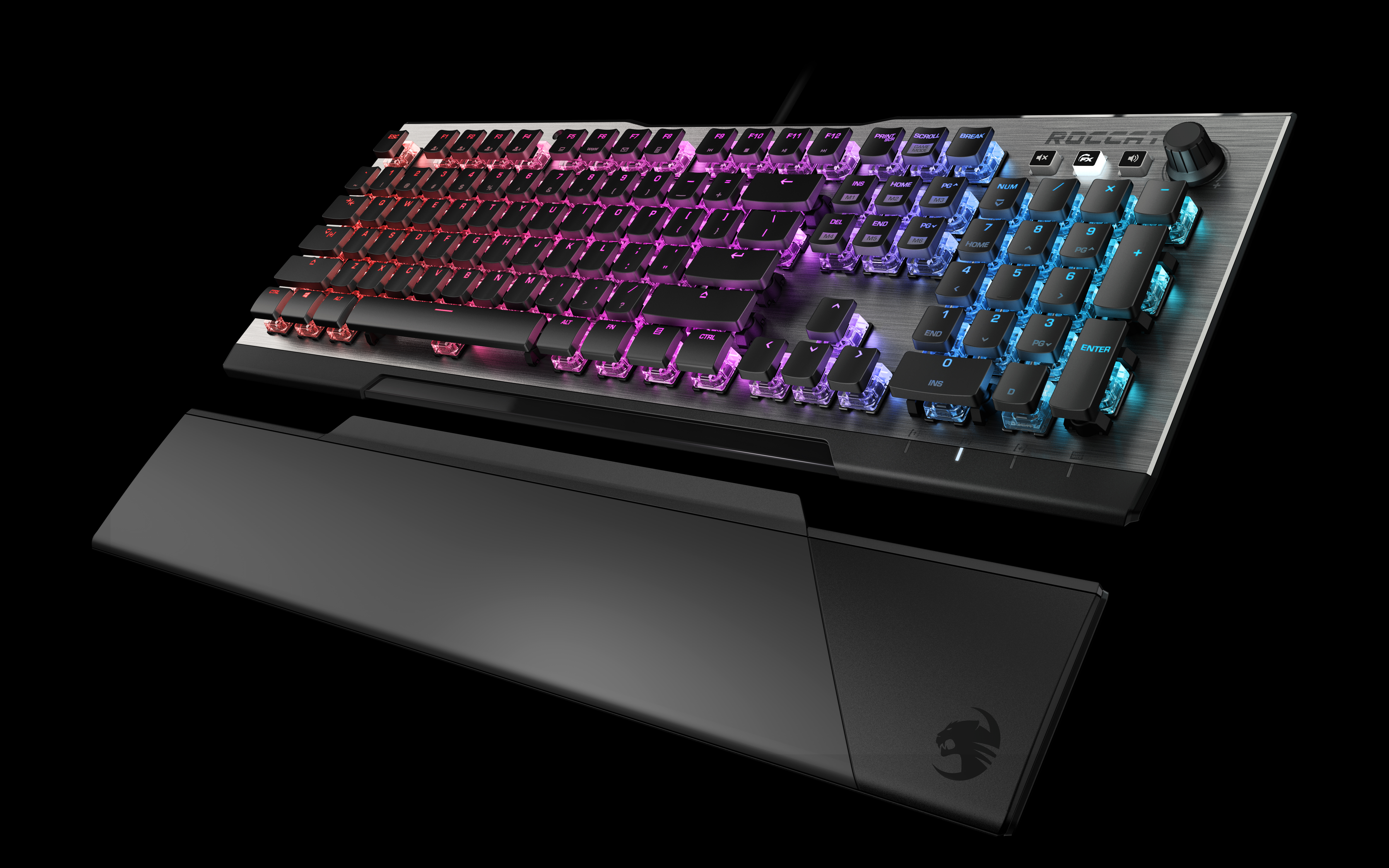 KEYBOARDS are one of those things you tend to just buy when you get a computer then stop thinking about until they need replacing (which, given the quality of modern keyboards, is rarely).

For a PC gamer, however, a keyboard is (alongside a mouse) an absolutely critical part of your gaming setup.

For many years I’ve been using a Razr Chroma Black Widow and been very happy with it, but when the chance to review something different – the Roccat Vulcan 120 Aimo (RRP AUD$289) – came up I was happy to take it. I’m also extremely glad I did, because the results are very impressive.

The Roccat Vulcan has several things going for it. Firstly, it’s stylish, with a brushed metal finish and the obligatory RGB lighting, and it is strongly built too – there’s no flex in there at all.

It’s also a bit quieter than my existing keyboard; it’s still audible but it’s not nearly as loud and clacky as some of the other keyboards I’ve used and is certainly well within the “won’t annoy anyone in the same room as you” noise level.

I have been extremely impressed with the keyboard during my time testing – not only as a gaming keyboard, but as a general work keyboard. It’s really easy to type on (in fact, I’m typing this review using it) and I’ve found my speed has increased slightly too.

The tactile feedback is at just the right spot – you can feel it, but don’t feel like you’re really smashing the keys – and the overall design is great for cleaning and making it easy to blow dust and debris out between the keys.

As with all RGB gaming keyboards you can customise it more or less to your heart’s content via the Roccat Swarm software, and there’s a volume control knob on the keyboard just about the numpad that’s surprisingly useful too, alongside a “mute sound” button.

I tested it with a wide range of games – everything from Red Dead Redemption II to Overwatch to Transport Fever II and it never missed a beat or disappointed me. It really is an excellent keyboard.

The only major criticism I have of the keyboard is it lies a little flatter than I’d like and while you get used to it (or could prop it up with something), having adjustable ‘feet’ to set which height or angle you wanted would have been a helpful addition. There’s also no USB auxiliary ports on the unit, which isn’t a huge issue for me (my tower and its many USB ports are within arm’s reach) but might be something to keep in mind depending how you have your rig set up.

Otherwise, I was very impressed with the Roccat Vulcan keyboard – it did everything I wanted, it did it well, it was well made, it looked good, it was comfortable to use and it was just an excellent all-round mechanical gaming keyboard for the average user and one I’m very happy to say is an absolute must-consider if you’re looking for a new mechanical keyboard.