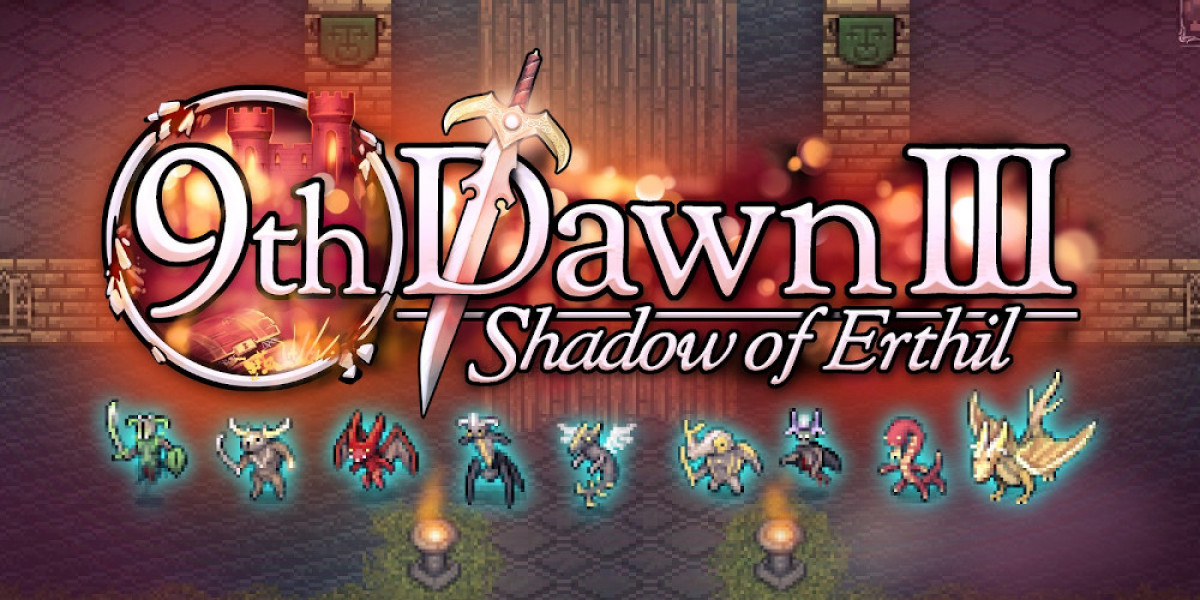 9th Dawn III: Shadow of Erthil is a 2D open-world RPG by solo developer Valorware and released on October 6, 2020. This third game in the series, with the original 9th Dawn releasing in 2012, released on all platforms and this review concentrates on the Steam version. You play as a hero thrown into a world of mystery, starting off in Ashwick and given your first quest to investigate and help out a neighbouring town, Firlun. There’s a huge seamless open world full of dungeons, crypts, forts, and villages with enormous amounts of loot, collectibles, and customisable gear.

Dungeons are a massive part of 9th Dawn III: Shadow of Erthil, as you would expect in most RPGs. Each dungeon gets marked on the mini-map with a location so it is easy to go back to and also shows your percentage completion. The first dungeon I delved into was clearly too difficult for my level. I spent 40 minutes trying to stay alive and kill big waves of mobs, to my quick and ultimate demise. It has been a while since I have found dungeons in an RPG to be this challenging. There are hundreds of mobs to contend with and you’re rewarded with skill coins which you use to increase your passive skills.

There is a massive variety of loot items in the game with over 300+ Weapons and 500+ pieces of armour. Therefore your inventory is always filling with new loot items to sift through. For all those hoarders out there (Looking at Nicco!) it is their dream come true. There is a bank of sorts in towns where you can store items. One negative here is that items you equip stay in your inventory bag taking up space. In most RPGs, you equip items and they come out of the inventory, but with the town banks and constantly changing gear it just required a bit of management. Whilst 9th Dawn III: Shadow of Erthil supports local “couch co-op” 2-player mode (pc and consoles only), it would have made the game more amazing if there was online co-op.

Combat seems a tad clunky and is very kiting-focused (attack>move>attack>move) but that was potentially due to the type of character I decided to play which was melee 2h-weapon focused. Melee classes get access to stuns, interrupts, and massive cleave AoE abilities. Rolling is a great way to dodge attacks utilising the stamina bar. Over time I can see myself getting used to the combat and becoming less cautious when taking on large groups of mobs (which happens a lot!). Your character gains skillpoints similar to Diablo 1 and you have to level up your weapon skills to become more proficient in that weapon class. This reminded me of oldschool WoW where I would spend hours smacking a low level mob just to level up a weapon class that I hadn’t used before. I love the nostalgia this game brings.

Being so open-world and freely able to move around via fast travel, it’s easy to get distracted by everything to do around you. It’s best to try concentrate on a cleaning an area/dungeon depending on your ability and use the skill coins to level up your char some more. Crafting is in the game in the form of nine traditional professions such as cooking, weapon smithing, spellcrafting and jewel smithing. Fishing is also present as a mini-game, and let’s be honest, it’s not an RPG if it doesn’t have fishing! There are up to 24 fish to find across the various regions. There’s also a card game played throughout the game world with 180 collectible cards. I wasn’t too interested in this myself but it’s another thing for players to do to break up the tedium of combat.

I can see myself spending 10’s if not 100’s of hours in 9th Dawn III: Shadow of Erthil over the next few months. It truly reminds me of Diablo 1 style gameplay/difficulty, and considering that was a game I grew up on I am donning the rose tinted glasses! I would recommend this game to lovers of old school RPG’s but new people to the genre may find it a tad punishing.