I’ve been a wired peripherals gamer for a long time, not trusting the batteries dying on me mid-game. I still use a wired keyboard and mouse on my PC, but headphones I’ve been won over by wireless variants for both PC and Xbox this past year. There’s no cord flicking in front of me and I can hop up for a quick toilet break between games without being yanked back by the cord I forgot was plugged in. With the Nintendo Switch however, I have either been blasting that Mario or Zelda goodness at loud volumes where everyone in the family can hear it, or using my old and ageing iPhone headphones with the 3.5mm audio jack that I’ve had for years. Now having discovered the AirFly Pro Switch Edition by Twelve South, I can connect wireless earbuds (not included with the unit) or a Bluetooth headset to the Switch, and this also doubles as a Bluetooth receiver to play music in your car and other devices.

The Nintendo Switch doesn’t have built-in Bluetooth connectivity and I assume this was because it was designed to be played handheld or docked to a TV via HDMI. Late 2017 saw the Nintendo Switch’s 4.0.0 update which allowed USB dongles to transmit sound, however this meant you’d need to outlay money for a USB Bluetooth dongle compatible with your wireless earbuds or headphones. The AirFly Pro Switch Edition makes things so much easier. You simply hold down the pair button for 4-seconds, do the same on your Bluetooth-enabled wireless earbuds or headset and once connected, plug into the Switch and you can game away to your heart’s content.

I used a pair of Apple AirPods and they paired to the AirFly Pro without any fuss, and then plugged the device into the audio jack on the Switch. I adjusted the volume on the Switch and when connected, the volume meter shows a headphones icon. The sound quality was adequate enough to play games on the Switch. If you want some more decent sound quality then the AirPods Pro would be the better choice if you’re sticking to earbud types. Even better for us gamers is to utilise a good set of Bluetooth gaming headphones like the Turtle Beach Stealth 700. The AirFly Pro is a little unsightly when playing the Switch in handheld mode, dangling out the top of the device, but being so compact and light, it’s of little consequence. The major plus side is you’re not taking up the USB port like a Bluetooth dongle would, meaning it doesn’t drain the battery and you can charge while playing if required.

In the box you’ll find the AirFly Pro which is white and about 1-inch long with a half-inch lead to a 3.5mm audio jack that has a nice little sheath to protect the connector. I do worry about losing this sheath when usin the AirFly Pro but there is a nice felt pouch that comes in the package for easy storage. There is a USB-C cable that connects to the base to charge the unit. It takes two hours to fully charge the unit and this provides up to 16 hours of battery life. On the front is the power/pair button and on the side you have a reset button as well as a toggle for Transmit (TX) mode or Receive (RX) mode. If you’re having issues trying to pair your earbuds or headset, try resetting the AirFly Pro by holding down the reset switch for four seconds and attempt the connection again. You’ll want to make sure the device is set to TX mode when playing on the Nintendo Switch and you can even use it on gym equipment that supports an audio jack.

The Receive (RX) mode allows you to stream audio from any Bluetooth audio device, such as your mobile phone or tablet, to your car, stereo, or any other device with a 3.5mm audio-in jack. Switch to RX mode and hold the pairing button for four seconds. On your phone or tablet, open the Bluetooth settings and select ‘AirFly Pro’ from the ‘Other Devices’ section. The AirFly Pro supports two headsets in both TX and RX modes, so you and your mate or partner can game together, listen to the same music or watch videos together without disturbing anyone else in the house. I unfortunately don’t have access to a second Bluetooth headset so unfortunately I couldn’t test this functionality myself. Once we eventually can fly to places, this will be ideal for playing Nintendo Switch on plane trips and using your own headphones with the in-flight entertainment system.

The AirFly Pro is compatible with many brands of Bluetooth-based wireless earbuds and headphones from Apple, Bang & Olufsen, Bose, Sony and more. I can have a quick game (or 10) before settling in bed for the night and I won’t disturb the wife. This device will be a mainstay for my Switch carry case and is yet another reason the Nintendo Switch is my go-to entertainment when on holidays. This would be a great Christmas present for any Switch owners, particular users that commute for work, or weekend getaways.

This review utilised a unit provided by Rocket Comms. The AirFly Pro is available now for $89.95 through Twelve South. 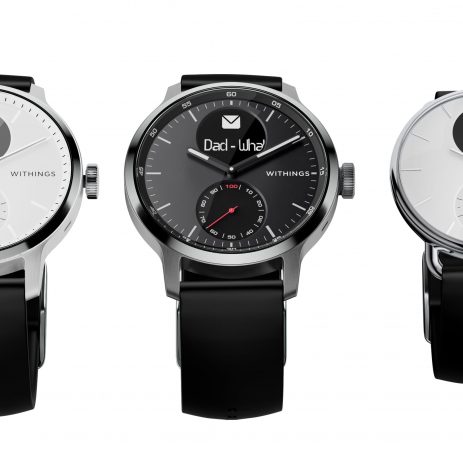