AUSTRALIANS love to travel – whether it’s a short trip somewhere along the Brisbane-Sydney-Melbourne ‘Boomerang’ corridor, or spending 24+ hours in a plane to head to Europe, and since sea travel stopped being a thing in the 1960s and we haven’t invented teleportation yet, these adventures involve spending a lot of time in airports.

Of course, if you can’t spend lots of time in real airports at the moment (thanks to Charlie Oscar Victor India Delta One-Niner), how about constructing a virtual one on your computer instead?

Airport CEO, developed and published by Apoapsis Studios for PC, is one of those games that, like Papers, Please, offers a surprising and unexpected insight into something that (until last year, and hopefully again soon) was part of everyday life.

In Papers, Please it was about showing the work passport control officers do can be very demanding, whereas Airport CEO offers an educational insight into just how complicated a modern airport really is.

Viewed from a top-down perspective, the game – which has been in Early Access since 2017 and went to Version 1.0 on March 4 – lets you build an airport anywhere in the world and micromanage almost everything involved in that short of actually getting into the control tower and pushing tin yourself.

Whether you want to build a FIFO airport in regional Australia or a major international airline hub in North America or Europe, Airport CEO has your boarding pass ready.

The similarities to Prison Architect in gameplay and broad style are obvious, although that’s really because there’s only so much you can do with the top-down “build and manage an incredibly complex thing” genre – I mean, we don’t complain that FPS games have basically been taking notes from each other ever since Wolfenstein 3D, after all.

Building runways, taxiways, aprons, terminals, are all part of the ingredients for a successful airport in Airport CEO, along with negotiating contracts with airlines, fuel suppliers, construction firms, caterers, and food/retail franchisees.

The big challenge is that there are still a lot of bugs in the game, particularly with pathfinding – ground crew will be unable to get to their job locations, passengers will just get stuck and stand there, and if you don’t pay attention to which options you’ve set for aircraft stands, you may find the apron you need for an international Boeing 777 flight is occupied by some random who decided to leave their Cessna 172 there.

The systems aren’t always all that intuitive, either. While putting together a small airport with a general aviation area and commercial flights using small aircraft is pretty straightforward, once you start moving to medium and large aircraft the complexity ramps up due to the need for those planes to be serviced by baggage handling systems and the like.

This last part is particularly eye-opening, as the baggage conveyor system in every airport I created ended up proving to be surprisingly complex and also surprisingly fragile – being short a single baggage tractor, for example, would cause cascading delays and hold-ups and (if not sorted out very quickly) cause the whole system to collapse like a house of cards made of a particularly wobbly and unrefrigerated flan.

It’s certainly put every time I’ve been mildly irritated by my bags not showing up on the carousel immediately after I get through immigration into perspective, that’s for sure.

Micromanaging systems is a larger part of the experience than I’d like (I lost count of the number of times things ground to a halt because staff wouldn’t cross a barely-used service road without a pedestrian crossing, or people wouldn’t use a security checkpoint because one square wasn’t zoned properly) but that’s also to be expected given the complex nature of a major modern airport.

When everything works, though, it’s incredibly satisfying seeing all the different elements come together and watch all the systems meshing to create the smooth experience real-life frequent travellers take for granted when they step through the automatic doors into the check-in area.

This does manifest itself to some extent in the issue present in many tycoon games, whereby once you’ve got a system working, there’s basically nothing left to do except sit back and watch the game run, but it’ll take quite a while before you get to that point in the game. It’d also have been nice to see some missions or a campaign in the game too, to provide some direction or element focus for people who want to do something besides turn a random airstrip into the next Changi or London Heathrow airport.

Right now, Airport CEO is probably the best airport tycoon simulator on the market, and while there’s a few things on the pre-flight checklist that probably could have used a cross-check and the landing is a bit rougher than it could be, if you like tycoon games or managing complex systems then you’ll want to make your way to the gate for this one. 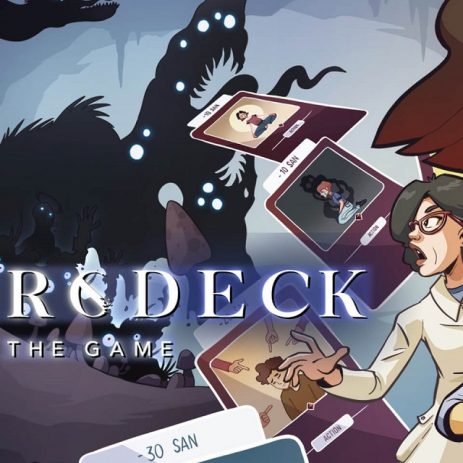