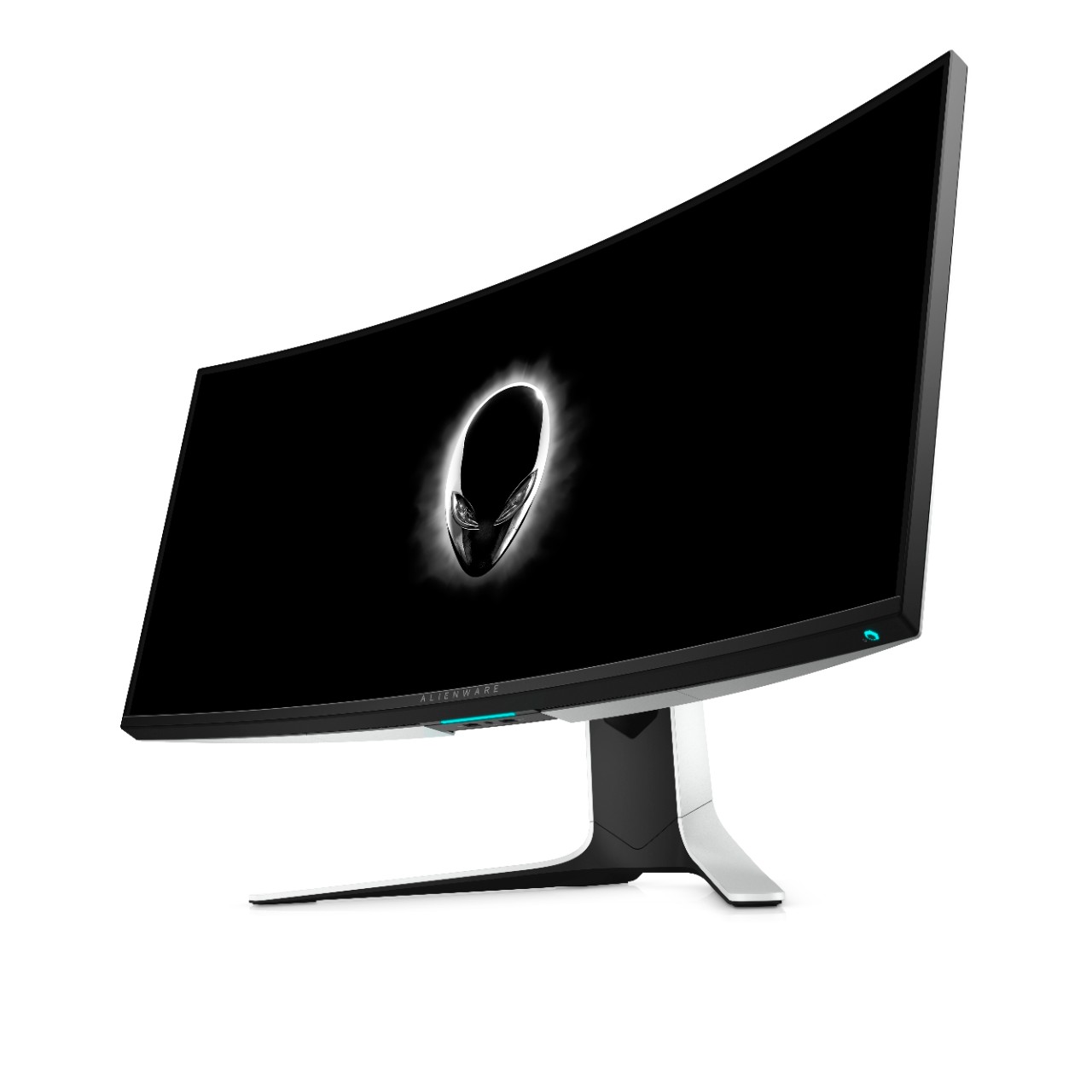 I RECENTLY discovered I’m apparently one of the few Serious Gamers™ running a single monitor setup, as apparently I missed a memo about needing multiple screens to “game properly” or something.

I’ve been very happy with my Samsung 24in curved monitor, but with a new generation of games on the way it seemed like now was probably a good time to start thinking about moving from 1080p to a higher resolution.

The nice folks at Alienware happened to have an Alienware AW3420DW 34in 21:9 ultra-widescreen curved monitor available for review, which I was only too happy to take them up on.

34 inches sounds big, but it’s not until you’re unboxing it and setting it up that you appreciate just how much monitor is there.

Being an ultra-wide, the resolution is 3440×1440 (1440p) delivered by an in-plane switching (IPS) panel, with a refresh rate of 120hz and a response of 2ms.The monitor is gently curved, which adds some pleasing depth to the display as well

In English: It looks great, refreshes quickly and provides a fantastic field of view.

Connection is via either an HDMI or DisplayPort – I used DisplayPort during the review, because that provided G-Sync connectivity with my graphics card.

Underneath the monitor are two USB ports and a headphone jack, which could be helpful if you’re perennially short of places to plug USB accessories into. The menu system and controls on the monitor were also refreshingly self-explanatory and easy to use as well.

The monitor also worked well with an Alienware M15 R3 gaming laptop – given they’re the same brand you’d hope so, but it was good to have it confirmed. It also opens the possibility of combining the two to create a – have the M15 (or any gaming laptop) at home connected to the monitor to provide a similar experience as a desktop rig, but with the ability to cart the laptop around and game elsewhere if you so desire.

It’s worth noting I had to fiddle around with the display setting for some of the games on the laptop to get them to display properly on the monitor via HDMI, though – Control and Metro Exodus in particular.

I’ve given the monitor a thorough workout with a wide range of PC games – everything from Red Dead Redemption II to Disco Elysium to the Mafia remasters to Age of Empires III: Definitive Edition and it has been outstanding across the board – Red Dead II, in particular, was lent a new cinematic quality by the wider screen and higher resolution.

Overall, the graphics were pin-sharp and bright were they needed to be, the blacks were black, and I had no issues at all with glare either. The monitor is easily adjustable for angle and height, and having been set up just how I like it, stayed there without any further hassles.

I was initially concerned the wider size and different aspect ratio (21:9 instead of 16:9) might cause some distortion or weird proportioning, but it did not – the only change I had to make was to go into the Windows display properties and get it to enlarge the icon sizes, but that’s a personal preference thing.

Games which don’t support the 3440×1440 resolution run letterboxed, and it honestly was not an issue at all – your focus is drawn to the centre of the screen, so I barely noticed the black bars on the sides of those games.

For everything else on my main gaming PC though, it was 34in of wall-to-wall 1440p and it was fantastic.

The AW3420DW also features Nvidia G-Sync, which is supposed to integrate with compatible Nvidia graphics cards – including the Nvidia RTX 2060 in my PC – to avoid screen tearing and artefacting; it’s essentially a dynamic V-sync that can handle odd frame rates.

At any rate, the 120hz refresh on the AW3420DW is smooth and responsive, and the response time can be adjusted using the inbuilt menu.

For RGB enthusiasts, the monitor also features the Alienware lighting system (AlienFX) as well, and it integrates with the Alienware Command Centre too.

Beyond gaming, the extra width has been great for my work – I can basically have my main work thing (such as the MS Word document this review is being written in) occupying most of the screen, but have Discord running on the side and Spotify running in the corner, all on the one monitor.

The actual build quality of the monitor is very good too. It’s finished in the same lunar white pattern as other products in the Alienware range, and the screen itself proved resistant to dust, fingerprints, and cat fur.

The shallow curve also meant I could easily mount my Logitech StreamCam on top of the monitor with no issues, which is also important in this age of remote meetings, streaming, and video calls.

Having had a fortnight or so with the AW3420DW, it has been excellent across the board and I’m wondering why I didn’t get a widescreen gaming monitor sooner.

With several AAA releases on the horizon in coming weeks (not to mention all the stuff that’s on the “it shows up when it shows up” list in the foreseeable future), now would be an excellent time to look into upgrading your monitor – and if you want to make the leap to ultra-widescreen gaming, the Alienware AW3420DW comes very highly recommended indeed.