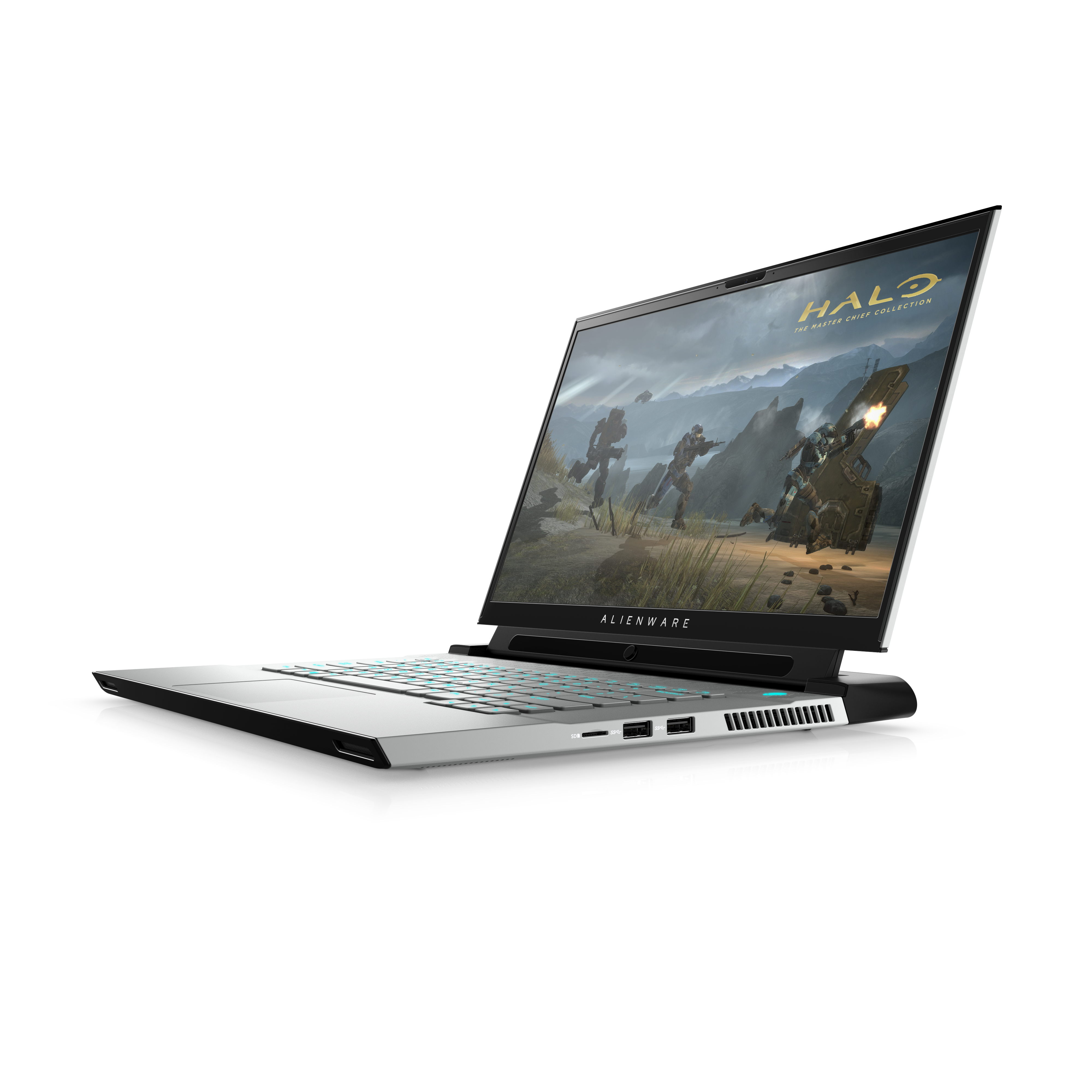 THERE are lots of laptops out there which can play games, but fewer which can truly said to be gaming laptops.

Most of the major laptop brands have a dedicated gaming arm making quality gaming laptops, but the Alienware brand, owned by Dell, is one of the longest established and synonymous with power gaming.

Earlier this year I reviewed the Alienware M15, which was an extremely impressive high-end laptop which did pretty much everything I could want out of a gaming laptop. The newer version – the R3 – is now out, so I was keen to check it out too and see how it performed.

The review model was the Lunar White version, running a 10th generation Intel i7-10750H processor with 16GB of RAM, a Nvidia GeForce RTX 2070 Super graphics card and a 1TB SSD.

The display has a 300hz refresh, a 3ms response and 100% sRGB coverage, and certainly appeared crisp, sharp and smooth during my testing of it.

Firstly, the ability to take pretty much any game you like, turn all the settings to max, and have it look amazing and run smoothly with a high frame rate.

Secondly, the M15 R3 is a really well built unit – it’s solid (although not MilSpec toughness rated like the Asus Tuf A15), features a magnesium alloy chassis, and generally feels like a really high quality laptop.

Basically everything I said in my review of the R2 still holds true, but one of the major improvements to the R3 series – besides the 10th generation processor and full RTX 2070 Super – is in the cooling and thermals. I’ve always found the Alienware stuff to be decent in this aspect, and the R3 was no exception. Through the Alienware Control Centre I was able to adjust fan speed and power, and basically tweak the system to get the best performance – although felt heat is still an issue for some games unless you crank the fan up to full power mode.

According to Dell, the new two-way stereo speaker design delivers two and a half times the bass and twice the treble over the previous iteration. In testing, the speakers certainly performed well both for playing music and for gaming, but to be honest using a laptop in public without a headset – no matter how good its sound quality – is widely considered a impolite and a good way to end up as the subject of a passive-aggressive Tweet or Reddit post.

However, in the privacy of your own home or office, the speakers on the M15 R3 are very good – they had quite a bit of bass to them, as well as somehow being able to replicate a 3D-like effect. They worked well for gaming, streaming music and watching Netflix – so all the main stuff you’d want to use speakers for.

Fortunately the M15 R3 also has a 3.5mm audio plug and Bluetooth connections, so you can get your sound piped directly to your ears instead.

The keyboard is well designed too, although lacking a numpad meant it was a bit more centred than my muscle memory is used to and it took a bit of typing to get used to that. The keys themselves were response with just the right amount of travel, and they were pleasingly quiet, too.

The touch panel is unremarkable but serviceable; most of the issues I had with it were related to my own large hands and not loving touchpads at the best of times – but fortunately, there’s Bluetooth and USB ports available to plug a proper mouse in (which is what I did).

The unit weighs about 2.1kg, which is a good spot for a gaming laptop – it feels solid, but not so heavy you won’t want to take it anywhere. The build quality was also reflected in the weight and I had no concerns about the M15 R3’s ability to stand up to everyday use, transport and gaming.

As with most powerful gaming laptops, the major drawback is the battery life – maybe two and a half hours or so, and a bit longer if you fiddle with the settings.

With everything set to full bore, I got just over 45 minutes out of a maxed-out F1 2020 with the laptop on “performance” mode before the unit just shut down due to having now power. When I rebooted it (on AC power) everything was right where I’d left it; the game paused in mid-cut scene waiting for me to return.

To be honest it’s rare for me to be more than two and a half hours away from a powerpoint so I’m usually running my laptops off AC power anyway, but if you’re on the go a lot it’s something to keep in mind.

If you really, desperately need longer battery life it’s possible to get into the settings and disable the graphics card and lower the refresh rate to a still perfectly acceptable 60hz, but that’s a lot of work and realistically you’re not buying a high-power gaming laptop like this so you can watch Facebook videos for several hours at a time on battery power.

The unit for the M15 R3 is a 240w power supply and it’s not small, but given the grunt of the laptop it’s not unreasonable either, and it’s not especially heavy or bulky.

As part of my testing process, I ran several games on the unit – notably Control and Metro Exodus as well as F1 2020 and it ran them all flawlessly and at maximum settings, both on and off AC power.

Running more demanding games like Control and Metro Exodus will cause the laptop to heat up; it never got into danger zone territory but was certainly quite warm in places; setting the fans to max power alleviated this but also made the unit sound like a PlayStation 4 trying to run Marvel’s Spider-Man. The heating issue wasn’t as noticeable on less demanding games; things like Toy Soldiers: Complete Edition ran without problems.

You can customise the cooling and overclocking profiles to suit your individual needs, so depending on what sort of gaming you do there’ll be a setting there. In fact, you can customise pretty much everything in the unit that doesn’t involve getting a screwdriver out – from the RGB lighting to the screen brightness to how long turbo boost will run for, you can tweak it all to suit your preferences.

This is a powerful gaming laptop for people who take their portable gaming seriously, and want something stylish and sturdy to complete their on-the-go pwning.

The Alienware M-series are highly regarded gaming laptops, and with good reason. The R3 version continues that trend, and should be very high on your list if you want an uncompromising gaming laptop which is still portable enough to carry around.