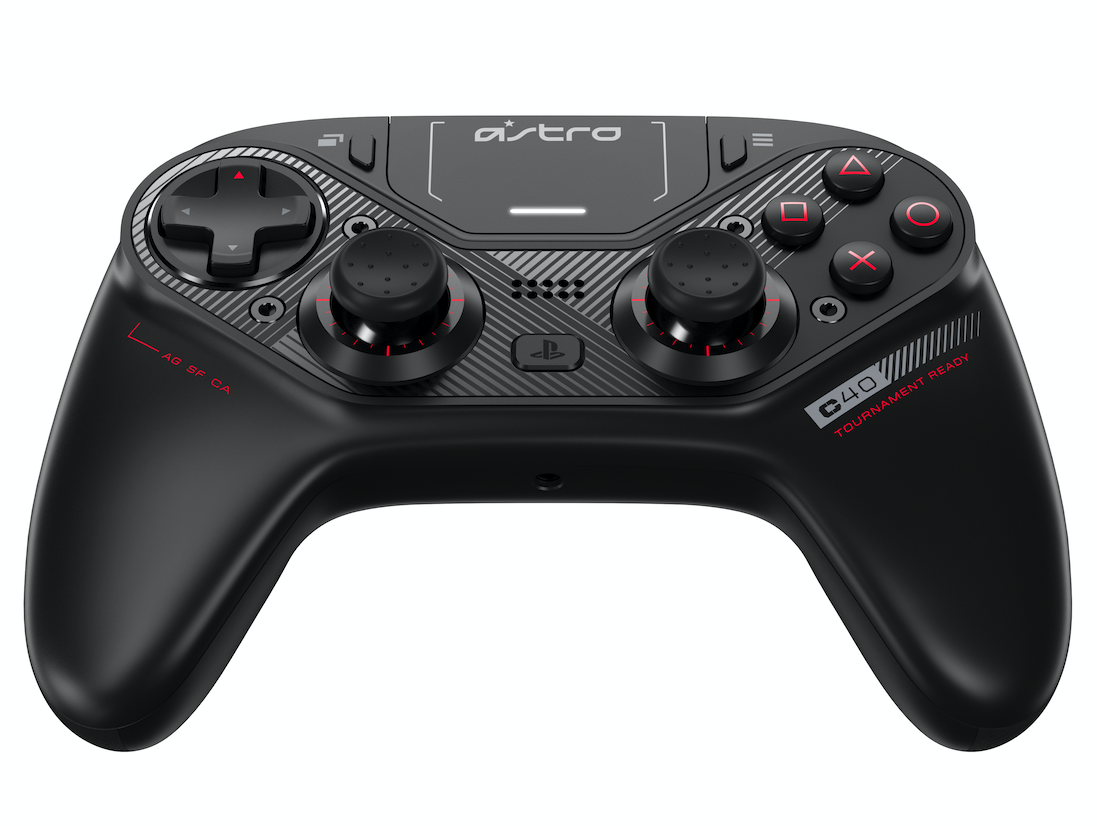 ASTRO are well known for their excellent gaming headsets – in some areas Astro A40 is basically the industry standard – so it’s no surprise they also make a premium controller too.

The 2020 Astro C40 TR controller recently arrived for me to test with my PlayStation 4, and it’s an interesting design with a lot of promise let down by an extremely high price tag.

From an ergonomics and design perspective, I rather like it. I have big hands and it sits quite well in them, and it’s a solid and well-made controller with plenty of customisation options.

Using a PC and the Astro software, you can reconfigure how the buttons perform, and using an included screwdriver like tool you can totally reconfigure the C40’s layout however you like; there are even some additional thumbsticks included for further customising to your preferences.

It also includes hair trigger toggles and connects to your PS4 or PC via a wireless dongle (included) or a USB cable (also included), and stores nicely in an included hard case.

It also has the distinction of being the only third party PS4 controller I’ve encountered where you can get sound via the 3.5mm jack and a headset when the controller is being used wirelessly, which certainly cuts down on the cables.

It performed well in all the PS4 games I tested it on, including Zombie Army 4, Assassin’s Creed Odyssey and World of Warships – the inputs were responsive, it was comfortable to use, and having the underside paddles  helped when the action ramped up and my muscle memory reminded me they were there to use.

It’s worth noting the unit is more comfortable for people with large hands – it weighs 310g and measures 168mm high by 108mm wide and is 53mm deep. The result is a solid, unit, however, and as someone with larger hands it was very comfortable to use.

The C40 TR also works with PCs, via the USB cable or wireless dongle, which does add to the usefulness of the unit if you’ve got both a PC and PS4. For some reason, however, the controller is not compatible with the Xbox One, which is a missed opportunity for a tri-system solution that would make the unit even more appealing.

While I was impressed with the high build quality and found the unit easy to use, I’m not sure it’s ready for the $399 RRP it comes with.

For a start, it lacks the motion sensor light bar – which is present in the standard DualShock controller – meaning it can’t be used with anything requiring motion sensing, limiting functionality for titles that make use of it such as Concrete Genie and the recently released Dreams.

Additionally, the battery level isn’t displayed on the PS4 screen as it is with the conventional DualShock, meaning you don’t get much warning before the battery needs charging.

Even with its strong build quality, customisation options and responsive controls, I still couldn’t shake the feeling the controller simply isn’t worth almost as much as the console it connects to – especially given that Sony themselves have released an official attachment for the DualShock controller which adds the underside paddle buttons (there’s a review coming).

If you’re a pro gamer or have aspirations in that area there is some benefit to the Astro C40 controller, but for most of us, it’s massively overpriced and I just don’t think it offers enough to justify the price tag, unfortunately.