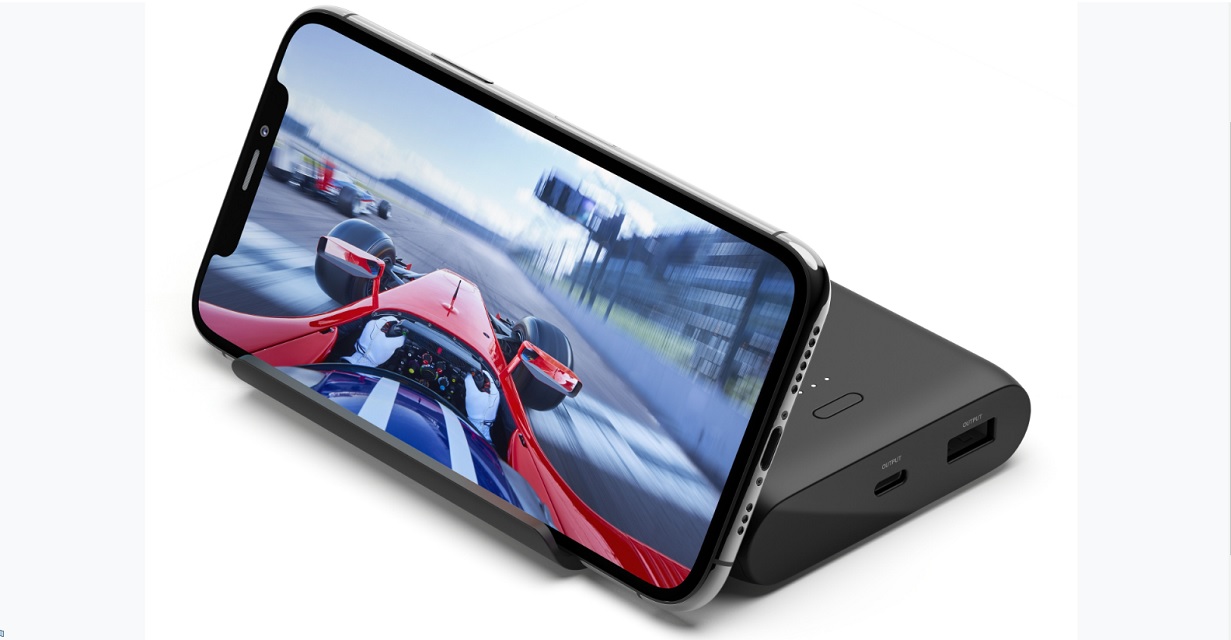 The Power Bank 10K + Stand is quite an affordable extended power option for the everyday mobile gamer, particularly gaming mums and dads!

I’ve been getting into more and more mobile gaming of late, especially with a 4-month old and 3 year old daughters. My 110″ home theatre system, which is hooked up to my Xbox One and surround sound speakers, these days are used to belt out episodes of Peppa Pig, Paw Patrol and Bluey (I do actually enjoy Bluey). So there’s me on the couch, watching the same episodes over and over and over again with my girls. Mobile gaming has since become my sanity check but battery power has always be an issue. That was until I received the Belkin Boost Charge Power Bank 10K + Stand Play Series.

It’s such a simple device and perfect for so many applications that I’m surprised I had never heard of them or devices like it until now. The Belkin Boost Charge Power Bank 10K + Play Stand Series provides your USB devices with up to 10,000mAh, or in real terms up to 36 hours of extra battery life for compatible IPhones. Now these numbers always have a caveat, so this 36 hour figure is the maximum additional video playback hours calculated by comparing the maximum capacity of this power bank with the maximum video playback hours achievable by an iPhone 11. There is an easily visible 4-bar power bank battery indicator on top of the unit but I never got it below 3-bars in my testing period.

In terms of playing games on my mobile, these battery hours will vary depending on the power and complexity of the games you’re playing. I’ve been playing games such as World of Tank Blitz and V4 MMORPG the past few days and haven’t come close to needing to recharge the power bank. This model comes with a retractable stand which holds my iPhone 11 at a great angle for gaming or watching movies. Depending on the game, having the phone seated in the stand on a flat desk can be difficult for my big hands to use the controls. Given the phone is plugged into the bank using a USB cable, I can have the power bank hidden in my pocket or to my side whilst I hold the phone in my hands. This is something I wish I had on long haul flights years ago.

Not only does the Belkin Boost Charge Power Bank 10K + Stand power my phone while I’m playing, it also has a second USB port which I could plug in an Xbox controller and charge that too. This enabled me to have my phone and power bank on my desk and sit back in my chair with the controller to play in a more relaxed position, saving me some neck strain. This device really is a game changer for my ever increasing mobile gaming habits. This device is only compatible with iPhones and specifically the following models: iPhone 11, 11 Pro, 11 Pro Max, XR, XS, XS Max, 8 and SE 2nd Gen.

There are other options in the Belkin Power Bank range, such as 5k and 15k mAh variations, and there’s even a USB-C Power Bank 20k to provide additional power for a laptop. However the model I have is the only one with a convenient stand to hold the phone in place. This is going to be a staple in my travel luggage, along with the Nintendo Switch, especially as my wife loves to play those match-3 and farm games so much that we’ll both get good use out of this device.