“The planet of Pandora is a beautiful place and a lot of the time I’d completely forgotten that I was really standing in the middle of my living room.”

Originally released back in 2012, Borderlands 2 was one of the biggest game releases of the year and fans haven’t been able to get enough of it since. Following up with it’s port to the PS Vita in 2014 and a current-gen console release the following year, it looked as if they had touched on all bases with this RPG First Person Shooter hybrid. However I was taken by surprise when Gearbox Software and 2K Games announced it was coming to Playstation VR. The idea of almost literally jumping back into Pandora and feeling like I was really there had me excited. But would it make me feel like the badass Vault Hunter I’ve always wanted to be..?

If you’re unfamiliar with the story so far, Borderlands 2 is set five years after the events of the first game. After opening the first vault and killing The Destroyer, the vault hunters didn’t find the extraordinary treasure as promised. Instead, a valuable mineral called Eridium leaked out and spread across the planet of Pandora. The Hyperion Corporation, led by the evil Handsome Jack, come to Pandora for the precious mineral and use their power to take over the planet. However there’s apparently another bigger vault out there and Handsome Jack brings you, a new set of vault hunters, along for the hunt…and then screws you over. Afterwards you join an anti-Hyperion group called the Crimson Raiders who plan on taking down Handsome Jack and the rest of Hyperion.

In a nutshell though, this RPG is all about guns, loot, more guns, shooting things and a bazillion more guns in a large open-world setting full of zany characters. You have four classes of vault hunter to choose from, each with their own unique abilities and traits. DLC classes aren’t included in the VR version, and is just one of the few differences there are from the regular game. Its lack of multi-player support is another, which is a shame since Borderlands 2 has always been fun to play with friends.

Arriving at the main menu, you’re met with the familiar 360 degree view of Pandora. No matter how many times I’d seen it, I was excited to see it all from a much closer perspective and couldn’t wait to view the rest of the game like this.

But first I had to get used to interacting and moving around in the world. I gave both the traditional Dualshock 4 and Playstation Move controllers a go and definitely favoured one more than the other. Moving around with a control pad felt familiar, somewhat clunky but comfortable enough for the first few minutes. But since it’s in VR, it came with the common motion sickness and nausea I’ve become all too familiar with in past VR experiences. Walking however isn’t the only way you can move your character around in Borderlands 2 VR. The more VR-friendly teleport system is the perfect alternative to those annoying motion sickness issues. Although doable with the Dualshock 4, I found it to be a more fluid action using the Move Controllers instead. I gave a driving a go exclusively using the Move Controllers and was left underwhelmed with the experience. Pointing forwards to accelerate and backwards to reverse weren’t how I was expecting to “drive” around Pandora.

Jumping into combat was the true test of how well these control options handled. Using the control pad, I wasn’t aiming my gun like I normally would. Instead I was moving my head around to aim the crosshair. Switching over to the Move controls, I felt as if I was really holding onto the gun itself. Not only did I start feeling like a vault hunter, but my aim became a lot more accurate. Moving around in the battlefield however took a lot of practice.

Although familiar with Borderlands 2’s fast paced combat, I still became quite overwhelmed at first. Especially since the action’s now quite literally in my face. Trying to get myself out of sticky situations felt clunky using the Dualshock 4 and at first even clunkier with the Move controllers. After a few bloody rounds with some psycho bandits, I was zipping around the battlefields like a pro. I felt I had a much better advantage in battle while I was teleporting instead of walking/sprinting. However I did manage to still be surrounded by half a room full of enemies on occasion, but Borderlands 2 VR introduces a new ability to help.

A part from swinging my arm around like a maniac, Bad Ass Mega Fun Time helped deal with those close encounters. B.A.M.F. Time pushed back enemies standing too close while also slowing down time around me. This became a regular tool even when I wasn’t being jumped on. The satisfaction of teleporting around the battlefield and obtaining those perfect critical shots while having B.A.M.F. Time activated gave me a lot more of those badass vault hunter feels. And just like all your other abilities, B.A.M.F. Time has been integrated into each classes skill tree and can be upgraded.

Interacting with the menus using the Move Controllers felt incredibly smooth but that was until I reached the backpack tab. Although equipping items was as simple as dragging and dropping, it was pretty easy to accidentally select gear I didn’t want and having it automatically equip. I also found that pictures wouldn’t always match what items really were, resulting in a lot of confusion and at times frustration. This was also a problem when using vending machines as well.

The flaws however were easily trumped, in the end I was having too much fun enjoying this new way of experiencing Borderlands 2. Viewing the environments in VR had me regularly taking a moment to breath it all in. I’d even take the time to have a closer look at smaller details. As someone whose always loved the design of the bazillion guns that are on offer, it was so cool to be able to admire them up close. The planet of Pandora is a beautiful place and a lot of the time I’d completely forgotten that I was really standing in the middle of my living room. I also couldn’t recommend enough to stand up while you play. This added to the “realness” of being a vault hunter and freed up a lot of body movement as opposed to sitting on the couch.

With all of that said, it’s safe to say that I stepped back into reality feeling like a badass vault hunter. Borderlands 2 VR was the Borderlands experience I never knew I needed. And as the sole reason as to why I bought a Playstation VR, I’m left with no regrets.

Borderlands 2 VR is available now for Playstation VR and I give it a 9 out of 10. 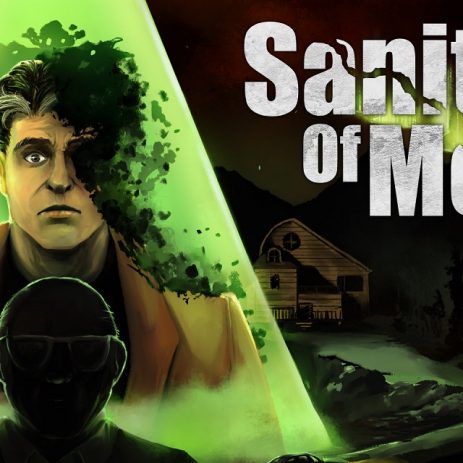