Back in 2019 I played roughly 6 hours in total of Borderlands 3 pre-launch across two preview events. Of course, Gearbox and 2K supplied only the best in Gaming PC hardware for us to use. Even after my 2nd hands-on preview I was still gobsmacked at how good the game looked thanks to the use of Unreal Engine. But as someone who’s mainly a console gamer whose gaming PC is a few years overdue for an upgrade, I expected this to be the only time I’d experience these high quality visuals in-game. But now that the next generation of consoles have launched, all of that has changed. Borderlands 3 has been completely optimized for next-gen and, might I say, it’s the sexiest Borderlands 3 has ever looked.

Surprisingly it’s been a long time since I’ve played a huge chunk of Borderlands 3 as I still had the two most recent DLC’s to play through.This of course was a good chance to finish them off while checking out how well Borderlands 3 runs on my Playstation 5. For the first time ever, we’re seeing Borderlands 3 running on console at 60fps while also in beautiful 4K. I was floored at just how sharp these visuals looked on console, but it wasn’t how I was first presented the game visually on PS5. You have the choice between Resolution Mode and Performance Mode with the latter looking horrible in comparison. It does run up to 120fps but visually it looks like you’re playing last-gen hardware. I’ve also had zero issues in regards to overall performance, mostly in Resolution Mode, while playing on PS5. Loading times are of course much faster and I no longer get a delay when loading into my inventory like I did on the PS4.

While it would also look just as good running on Xbox Series X, I believe the best experience is on the Playstation 5. The haptic feedback technology used in the PS5’s DuelSense controllers makes gun play just as much fun. Each gun feels different when pulling the trigger giving them an extra layer of personality. It also gave my index finger a workout whenever I chose single shot pistols or machine guns. Remembering back to when I first played Borderlands 3, the difference in how weapons sounded and their overall feel was a standout in comparison to the rest of the series. The guns are what makes the Borderlands franchise what it is and to have that extra layer of realism makes the next-gen Borderlands 3 experience better value on PS5.

The next-gen launch of Borderlands 3 doesn’t just stop at sharper visuals as it also rolled out its 2nd phase of paid scheduled DLC. Simply named Season Pass 2, this phase is reported to only contain two DLC packs. Designer’s Cut is the first to be released as part of Season Pass 2 but isn’t like a traditional DLC expansion found in the first Season Pass. Designer’s Cut is more of a content add-on package as opposed to being an extra piece of story to playthrough. More customization for Vault Hunter’s has been added with a new Alternate Universe skin and skill tree for each.

Unlike Borderlands 2 and Pre-Sequel, the new skill trees are a replacement for later added Vault Hunters. Out of all the current vault hunters, Moze personally seems to be the standout as she feels the most different but also familiar. Her new Iron Cub is a much smaller mech than the Iron Bear and is executed similar to FL4K’s pet Action Skill. But like the Iron Bear, it doesn’t stay summoned outside of your Action Skill being activated. The new skill trees however have kept fresh, powerful and creative builds coming for each Vault Hunter.

The highlight features in Season Pass 2 though is a new mode called Arm’s Race. It’s also the answer to all of our questions for well over a year, Where are Axton and Salvador? They’re the only two main vault hunters from previous games, not including Pre-Sequel, that have been MIA from Borderlands 3. After many conspiracies, the duo have finally returned as the hosts of this new in-game reality game show. Even if it’s only their voices and character avatars.

Starting out with literally zero gear, not even an Action Skill, your task is to loot the best guns as quickly as you can while also dealing with a progressively shrinking circle of safety. This can be done solo or with up to 3 others. But instead of versing other players, you’re dealing with mobs of enemies like those found in the regular Borderlands 3 game topped off with a final boss. That’s of course if you don’t get stuck out in the storm, which will kill you faster than I’ve experienced in other games. The other goal is also to loot and extract as many weapons as possible, particularly Legendaries. However, loot picked up while participating in the Arms Race doesn’t go home with you unless they’re extracted prior to defeating the boss or your unfortunate death.

But while you’re hurriedly running around scrounging for Legendary Weapons, planning is also key to your success. Being used to other Battle Royale storm circles I was easily caught without my pants on in early rounds, metaphorically speaking. While the safe zone in Arms Race constantly gets smaller, It’s always going to centre in on the entrance to the final boss instead of a random location. This makes planning out routes via Loot/Weapon Extraction locations much easier. One of Arms Race overall flaws is that if you exit out of the mode and back to the main game with newly obtained skill points, the game won’t let you purchase new skills. Fixing this means exiting back to the main menu and then back into the game. It’s not a huge dilemma being that load times are now much faster but it definitely requires some attention. Arms Race is a fun addition to the overall game. However, instead of being a mode worth binging on it’s a great alternative for leveling characters instead of relying on side quests. As well as being a great way to obtain decent gear.

Borderlands 3 is great on next-gen consoles but even greater on Playstation 5. That extra layer of immersion using the console’s controller technology has exceeded my expectations. Season Pass 2 has also surprisingly impressed me so far, yet I’m hoping it’s next DLC, Director’s Cut, has just as much to offer. 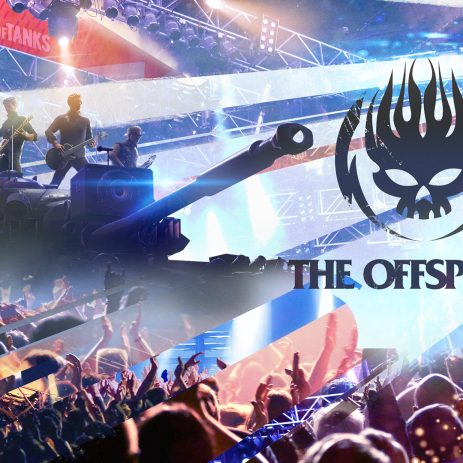