WHEN I heard about Call of Duty Black Ops Cold War, I was very excited.

Cold War history is really interesting and there’s some great potential for video games there – material movies and books have been mining for decades.

The Call of Duty games have always been about action, spectacle and multiplayer and this latest entry in the franchise – developed by Treyarch, Raven Software, High Moon Studios, Beenox, and Sledgehammer Games and published by Activision on PC, PlayStation and Xbox – is no exception.

What I’d hoped for was a detailed but fun shooter which makes the most of its setting. What I got is Call Of Duty With The Soviets As The Bad Guys, albeit with about as much realism as an 80s straight-to-VHS action movie but without the self-awareness.

Look, I know complaining about realism in a Call of Duty game is like being annoyed my local fish and chip shop doesn’t have a Michelin Star or two, but the whole ‘inspired by recently declassified files’ thing had me hoping for a bit more realism than “Hey, how about that Cold War era, huh? Remember when the Soviet Union was a thing?”

Case in point: There’s a mission set in East Berlin in 1981. Fantastic, I say – this should be awesome! Sneak across the Berlin Wall, avoid the Volkspolizei and the Stasi, do some classic John Le Carre stuff; take out a few Stasi agents, it’ll be great.

The mission starts off promisingly, using the U-bahn (underground train network) to sneak into East Berlin (which did happen in real life, although people generally used it to go the other way) and finding a Ghost Station (also a real thing) to access the street above.

Of course, there are DDR guards patrolling there (again, that happened IRL too). Such detailed uniforms I think, as I drop them with a suppressed pistol. As I go to check the bodies, I see the guns they are carrying: Heckler & Koch MP5 SMGs. Which were a West German firearm and absolutely definitely not used by East Germany, and certainly not by random guards patrolling the U-bahn network under East Berlin.

The border guards at the official crossing are carrying some apparently fictional Western assault rifle (it’s marked as being as chambered in 5.56x5mm NATO) with advanced optics on them (even though the AK-47 is literally in the game and features prominently in the previous mission), and you stake out your target in an electronics shop selling computers, video recorders and shortwave radios – all things that were some combination of ‘not available in the DDR then’, ‘ridiculously out of reach of the average East German citizen price-wise’, or’ ‘excellent way to end up on a Stasi watch list’.

But Royce, you say, it’s a computer game, and you yourself said it’s from a franchise not noted for playing close attention to historical detail.

That’s true, I say, but there’s hand-waving away stuff because “It’s just a game” and there’s simply not being believable even with the game’s own set-up.

Obviously, the game is fiction – and unashamedly takes its cues from 80s action movies – but even within that framework there’s still a lot of incredibly unrealistic stuff here, including several events that would have kicked off World War III if they’d actually happened.

One of the missions involves tracking down a Soviet agent on American soil, but apparently this agent has an entire company of uniformed Russian soldiers with them – in America – and the resulting firefight essentially destroys a petrol station, motel and trailer park. Full-scale wars have started over less, and given the context of the times it’s highly likely that in reality this event would have started a shooting war between the US and the USSR, not been swept under the rug following some bro-tastic high-fives on the chopper ride home.

Leaving aside my Louise Belcher eye-twitch at the egregious lack of historical accuracy, how is the game?

The campaign is hard for me to review because it has some fantastic missions – my favourite being one taking place in a Spetznatz training course made up to look like an 80s-tastic ‘Anytown, USA’, with the one set in the KGB’s headquarters at Lubuyanka a close second – but it gets very confusing and weird suddenly about 90% of the way through and ultimately left me confused and unsatisfied.

There’s a real lack of weapon variety in the game. For example, there are only three handguns, and there are countless iconic guns from the era which should be there and aren’t – the Browning Hi-Power, the Makarov PM, the Skorpion, the FN-FAL, the Dragunov, the Galil… the list goes on.

The cynic in me suspects some of these might get added later as DLC or something, but frankly they should have been in the game to start with – especially the campaign. And don’t get me started on the egregious use of made-up names for 40+ year old firearms. You can call that distinctive SMG with the straight handgrip in the middle an Uzi, guys. And don’t get me started on the obsession with adding optics and laser sights to everything, either.

The multiplayer aspect is particularly challenging for me because I’m not very good at multiplayer shooters to begin with, and even when I was younger I never had the energy-drink enhanced twitch reflexes needed to be remotely good at this sort of thing.

As a result, the Call of Duty multiplayer is simply too fast-paced for me to review comprehensively; I simply can’t tell what’s an issue with the game/maps/design and what is me just not being very good at it. It was fun enough, even if my K/D ratio finished every match with a zero followed by a decimal point – although again I fully accept some of the responsibility for that.

I will say that of the ten maps in the game at launch, I probably enjoyed “Miami” and “Moscow” the most, and the skill-based matchmaking didn’t appear to be spectacularly out of whack either. I also liked that taking out enemy sentry turrets and microphones counted towards killstreaks, because otherwise it would be impossible for me (or many other players) to ever access any of the rewards from them.

From a balancing perspective the MP5 SMG seems massively overpowered, and I can’t see why you’d bother with any of the sniper rifles when pretty much every gun in the game is at least as useful or effective at longer ranges as soon as you whack an optic on it.

The ‘Zombies’ mode is back too, but to be honest those things are pretty much of a muchness and there’s not really much you can do with the formula that hasn’t already been done to undeath (excuse the wordplay). Shooting Nazi Zombies is always great fun, though.

On the positive side: I reviewed the game on PC and it looked absolutely amazing. I was running in 1440p with DLSS and RTX on using an RTX 2060 graphics card and it ran beautifully; the lighting effects were great and the environments were really good too.

The controls worked well and I didn’t have any technical issues with the game – it ran smoothly, even when there was a lot happening on screen.

That wasn’t enough to bring this game in from the cold for me, though; I know this won’t be a popular view but I was pretty disappointed with Call of Duty: Black Ops Cold War.

There was potential here to make a really good, thoughtful Cold War shooter drawing inspiration from a Tom Clancy or Fredrick Forsyth novel, but instead we get a series of oddly connected setpiece levels that involve shooting everything, exploding a bunch of stuff, and mowing down wave after wave of generic bad guys. That in and of itself is fine, but not when the campaign is being sold as a strongpoint and highlight of the game.

The campaign simply isn’t long enough or fleshed out enough and while it didn’t feel like an overblown tutorial for multiplayer, it didn’t do enough with its material.

If you were hoping for a good Cold War clandestine operations thriller then I wouldn’t set your sights too high here, but if you like fast-paced online shooters this may be one to keep tabs on once some more weapons make their way into the game and it undergoes some rebalancing. 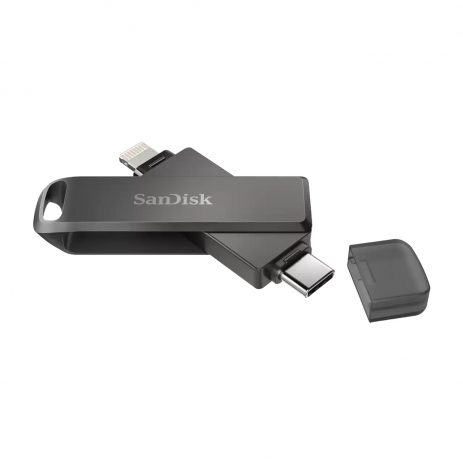