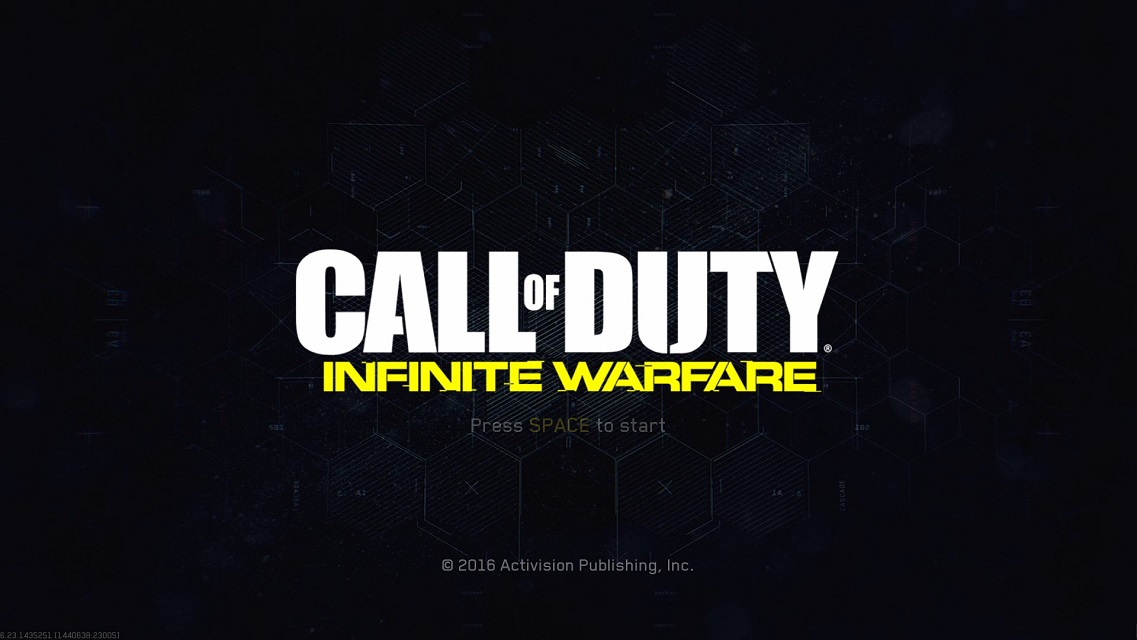 It’s one thing to have big name actors in a game, but the story has to stand on it’s own and I was pleasantly surprised that Infinite Warfare’s campaign is a great one.

Call of Duty: Infinite Warfare is a FPS game developed by Infinity Ward and published by Activision. It is the thirteenth iteration of the Call of Duty series and was released on November 4, 2016 for PC, PlayStation 4 and Xbox One. With the upcoming release of Call of Duty: Modern Warfare at the end of this month, I thought I’d go back and complete titles in the series I’ve left unfinished. I’m notorious amongst my mates for not finishing games (I have a 22% completion rate in my Steam library, out of 704 games). To my surprise, my Steam library reminded me I had finished all previous game campaigns except for Infinite Warfare and WWII.

I remember buying a physical copy of Infinite Warfare at launch, waiting about an hour for the whopping six DVDs to install, and then the big launch download on my old ADSL connection. I played it for a little bit (I get sucked into the hype every time!), but there were so many games released in that period that it got put on the back burner. Games such as Gears of War 4, Civilization VI and direct competitor Battlefield 1 hooked my attention and there wasn’t room for much else, especially a Call of Duty game in space. I was disappointed with previous entries in the series, especially Advanced Warfare going too futuristic, so I was worried that Infinite Warfare would be more of the same. The only shining light I felt at the time was that Infinity Ward were the developers and I loved COD1 and 2, Modern Warfare 1 and 2, and Ghosts (I still hold hope for a Ghosts 2 one day!).

Fast forward three years and I have finally gone back to play it, and man is it a bloody good campaign! Set in the future where Earth has run out of resources and humanity has established colonies on other planets. As is the standard story with these sorts of situations, evil corporations try to put a stranglehold on these resources in attempt to overthrow the authority. In Infinite Warfare’s case, the hostile faction is known as the Settlement Defense Front (SDF) headed up by Kit Harington as Admiral Salen Kotch. The United Nations Space Alliance (UNSA) has a defence force called the Solar Associated Treaty Organisation (SATO). A spec ops force is initiated by Admiral Fredrick Raines (John Marshall Jones) who co-opts the services of the Special Combat Air Recon (SCAR), lead by Captain Nick Reyens (played by Brian Bloom, the voice of BJ Blazkowicz in the Wolfenstein series).

I remember the story trailers featuring Kit Harington from Game of Thrones, but I didn’t realise how many other amazing actors are in this game. Assisting Captain Reyes, who later is promoted to Commander, are Reyes’ wingman Lieutenant Nora Salter (Jamie Gray Hyder) and his robot sidekick E3N “Ethan” (Jeffrey Nordling). I found Ethan to be one of the best AI robot companions I’ve played with as he has such a great personality, throwing banter where appropriate, and defending his man no matter what. There was one particular scene around the middle of the game that got me in the feels, only to have some brilliant humour shortly after. If you’ve played it, you’ll know it!

It’s one thing to have big name actors in a game, but the story has to stand on it’s own and I was pleasantly surprised that Infinite Warfare’s story is a great one. This is helped by the slight variation to gameplay with some zero-g space shooting and rappelling mixed in with classic Call of Duty FPS warfare, as well as additional RPG-lite elements in the form of Ship Assault side missions and special Jackal missions. Ship Assault missions enable you to unlock weapons mods as well as assassinate high-profile wanted targets. There are eleven suit upgrades to earn after completing specific missions and you can also unlock Lethal and Tactical equipment for your weapons. You can change your load out prior to starting each new mission, though once you’re in-game the load out cannot be changed. You can pick up new weapons in missions as per previous games, and these will be “scanned” which means they will then be present in the armoury for the next mission.

Jackal Strikes are a lite form of space combat missions in the specialised Jackal space craft. The launch sequence for these is awesome, reminiscent of scenes from Battlestar Galactica and the controls feel fluid and free flowing. The responsiveness of the flying the Jackal with mouse/keyboard, particularly going from forward motion into reverse thrust without delay is initially jarring, but you get used to the controls quickly. Trying to the find where the enemy is located in relation to your ship also takes a bit of getting used to, with the HUD indicators sometimes being lost in the explosions and grandeur of the various battle scenery. However once you have an enemy in your sights, you hold the right mouse button to lock onto the target and then autopilot stays on so long as you keep holding the button. This did however cause me to ram into a capital ship or an asteroid a couple of times. As a space combat fan, I really enjoyed these missions and they were a good break from the sometimes chaotic FPS missions. Completing these ten Jackal Strikes will unlock Jackal weapon upgrades and power-ups, as well as new decals for the ship.

Without giving away spoilers, a number of characters are killed throughout the campaign. Given these characters weren’t from previous installments in the series, I didn’t have as much of an attachment to them like I do with characters such as Soap MacTavish and Captain Price. I loved the banter between characters in Infinite Warfare and when some of them were KIA, there were some characters I was sad to see die, and others happened so quick you had to move on. There is a very good feature to deal with these deaths in the form of notes to loved ones that you can read on a computer in your Commander’s station on the Retribution. Some of them hit me right in the feels as they had messages to their children, while others gave me more insight into those characters. I thought this was a really fitting touch considering you’re the Commander of your troops.

I completed the campaign in 9 hours and loved every minute of it. The way they did the credits was incredible, allowing you to listen to final messages to the families from some of the key characters that didn’t make it. Got me right in the feels again, and I was also surprised to see that the main writer was Brian Bloom himself. Once the credits rolled, two new difficulty levels for the campaign mode were made available – Specialist, and #YOLO. The Specialist difficulty is meant to be as realistic as possible in terms of the damage inflicted on you and your enemies. For example, you will lose your helmet if it is destroyed by enemy fire, causing you to instantly die while in space or from a single headshot. You will also lose the ability to control your arms if you are damaged by an enemy, making aiming down sights incredibly difficult while losing the ability to use Tactical and Lethal equipment. Your health will not regenerate, however you can heal yourself by using nano-shots and helmets located throughout the campaign. The #YOLO difficulty is an Ironman-style, very similar to Specialist difficulty, with the key difference being that if you die, you will have to start the entire Campaign over (harsh!).

As is the case with most Call of Duty games, Infinite Warfare comes with a solid Zombies mode. I thought they would utilise some of the actors from the campaign, however the “Zombies in Spaceland” mode has it’s own stars with Ike Barinholtz, Jay Pharoah, Seth Green and Sasheer Zamata. These actors play the main Zombies characters of AJ, Andre, Poindexter and Sally, battling hordes of crazy undead in an 80’s abandoned theme park. However, the big names don’t stop there. We also came across Pee-wee Herman (Paul Reubens) as well David Hasselhoff as his Knight Rider character Michael Knight which was really cool to see. Other zombie maps also feature appearances from Jay and Silent Bob actors Jason Mewes and Kevin Smith, as well as Pam Grier, Cassandra Peterson and Fred Tatasciore.

If you haven’t finished the Call of Duty: Infinite Warfare campaign, or are yet to play it, do yourself a favour and pick it up next time it’s on sale. I rate this story up there with some of the best in the series, and the gameplay, visuals and music were amazing. The story was emotional and I love that about these Call of Duty campaigns. I am very much looking forward to getting stuck into Call of Duty: WWII next, with the hope I can finish it before Call of Duty: Modern Warfare releases on October 25, 2019.