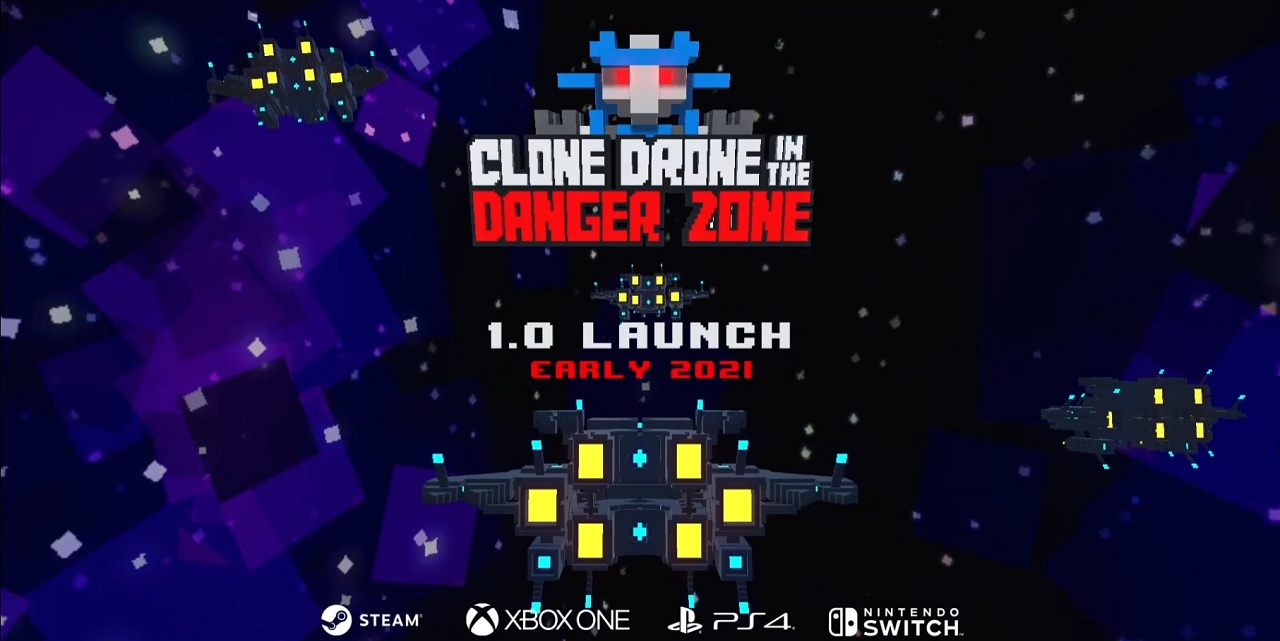 Clone Drone In The Danger Zone is a voxel-style action game by Doborog Games. It’s been in Early Access on Steam since March 2017 and has built a supportive community around itself. The Steam page for Clone Drone In The Danger Zone describes it as “…a robot voxel slice-em-up where any part of your body can be sliced off”. It’s an accurate description of what happens in game but lacking in what it actually is.

The game follows various human minds as they are uploaded into robot bodies and pitted in combat against robots for the amusement of other robots. Did you die? Well no worries because there’s plenty more human minds to go around! Single player has four different modes – Story, Endless, Challenges and Twitch Mode. Most of the single player modes start in a similar fashion. You’re dumped into the battle arena with naught but a single weapon (normally a sword but Challenges may make you use a certain weapon only). Once you have defeated the first wave, you’ll be directed to a waiting area where you can view your skills and upgrade them. For every wave you defeat, you’ll gain an upgrade point which can be spent on unlocking new weapons, powering up existing ones, creating clones of yourself (essentially buying extra lives) or repairing your body.

The controls took a bit of getting used to. Movement is done through standard WASD and mouse controls, but certain weapons also had a direction component which was controlled through the A and D keys plus the left mouse button for left and right swipes. If no direction was pushed an overhead slash was produced. Clashing weapons would block each other from doing any damage. It didn’t take long to get used to the controls though and I quickly discovered that, what seemed at first to be simple combat, had a depth hidden just below the surface. Most weapons have attack directions but some weapons, such as the spear, could only go forward. This may seem like a disadvantage, but if you upgrade it sufficiently you could have a shield as well to giving you protection.

Hammers at first seemed like bigger and heavier swords, but they can’t be blocked and they smash through your opponent’s defenses. Prefer ranged attacks? Upgrade the bow. Arrows become wider making it easier to hit your targets and there’s even a skill to slow down time when you aim. Unable to dodge because you’ve used your stamina? Get more stamina bars or get the skill that makes stamina recharge quicker. There’s even a kick ability that stuns enemies and pushes them into environmental hazards like fire or spikes.
If you survive long enough you might even get to unlock and upgrade everything! There are so many combinations that I found myself playing with different upgrades to see how they worked together.

The physics are very interesting and it’s a lot to do with voxels and how they’re used to construct the player character and enemies alike. Voxels are 3D blocks that work together but are independent. That means if you take too much damage to your legs you lose one and can’t move as fast. Arm gets too damaged and falls off? You can’t use 2-handed weapons anymore. Catch on fire? The flames will spread through your robot’s voxels until it burns out. It happens to the enemies as well. Damage an enemy in certain ways and they’ll drop what they’re holding. Voxels can be armoured and while it doesn’t offer full protection (there’s still weak points), generally whichever part is covered by armour will need to be de-armoured first for the best chance to kill the enemy.

Not all the skill tree is available straight away. Certain skills require you to complete Challenges to unlock them. Not all challenges unlock abilities but there is an in-game reward for each of them. One of the more interesting features for me is Twitch Mode. Clone Drone In The Danger Zone has its own Twitch extension. Viewers earn coins over time through the extension which they can spend spawning more enemies, allies or a clone of you. Viewers can also bet on how well you will do to try and earn more coins. As a streamer who has used similar services like Crowd Control before, which runs off Bits and Channel Points, I really appreciate a feature that increases viewer engagement without them having to spend real world money.

Clone Drone In The Danger Zone also has a multiplayer mode. Here you can join an Endless Co-Op run, do Co-Op Challenges, fight to the death in Last Bot Standing or thrown down the gauntlet to a friend in a Private Duel. Endless Co-Op and Co-Op Challengers are similar to their single player counterparts, but Last Bot Standing is the competitively multiplayer experience I was looking for. When you enter a match you are presented with a basic skill tree and four upgrade points to use. This doesn’t mean that’s all you’re limited to though. While you’re hacking and slashing at other players, special areas will appear on the map. If you stand in these areas you’ll get bonuses, like fully powered up weapons or other equally handy power ups.

I did find it hard to get into a Last Bot Standing game though. There’s a number of regions Clone Drone In The Danger Zone can connect to. Having played a few games on servers that are a long way away from me, I’d like to applaud Doborog for having an Australian server, even if there weren’t many Australians around when I was playing to be matched with. The game does try to match you with the next geographically closest region, but the further away it got, the longer the response times became and the harder it was to play. There are still some bugs in the game, which is to be expected with a game that is still in Early Access. A couple of times I respawned below the spawning area and immediately died. As with any Early Access title it’s best to report these so the developers can address them.

But wait, there’s more! Clone Drone In The Danger Zone also has a level editor and devoted community that are friendly and welcoming. When I streamed this game I had a number of people just randomly pop in because they saw me playing the game. The game itself even showcases someone that is streaming it as soon as you boot it up! Clone Drone In The Danger Zone has so much going on and I love it, from the single player to the multiplayer. It’s incredibly fun and has rogue-like elements that keep you coming back for “just one more round”. It’s integration with Twitch just enhances it’s playability for me and I’m already thinking of other streamers I can convince to buy it so we can play together.

This review utilised a Steam key provided by Future Friends Games. Clone Drone In The Danger Zone is available now in Steam early access and launches 1.0 on Steam, Xbox, Playstation and Switch in early 2021. 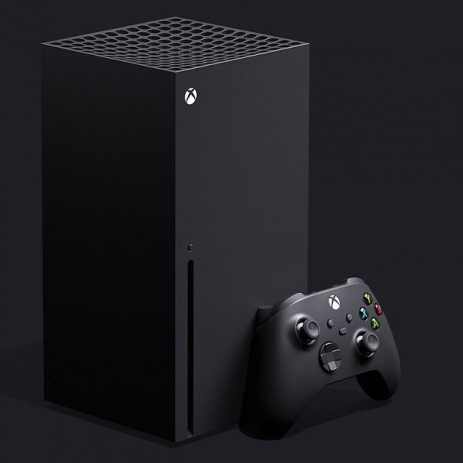