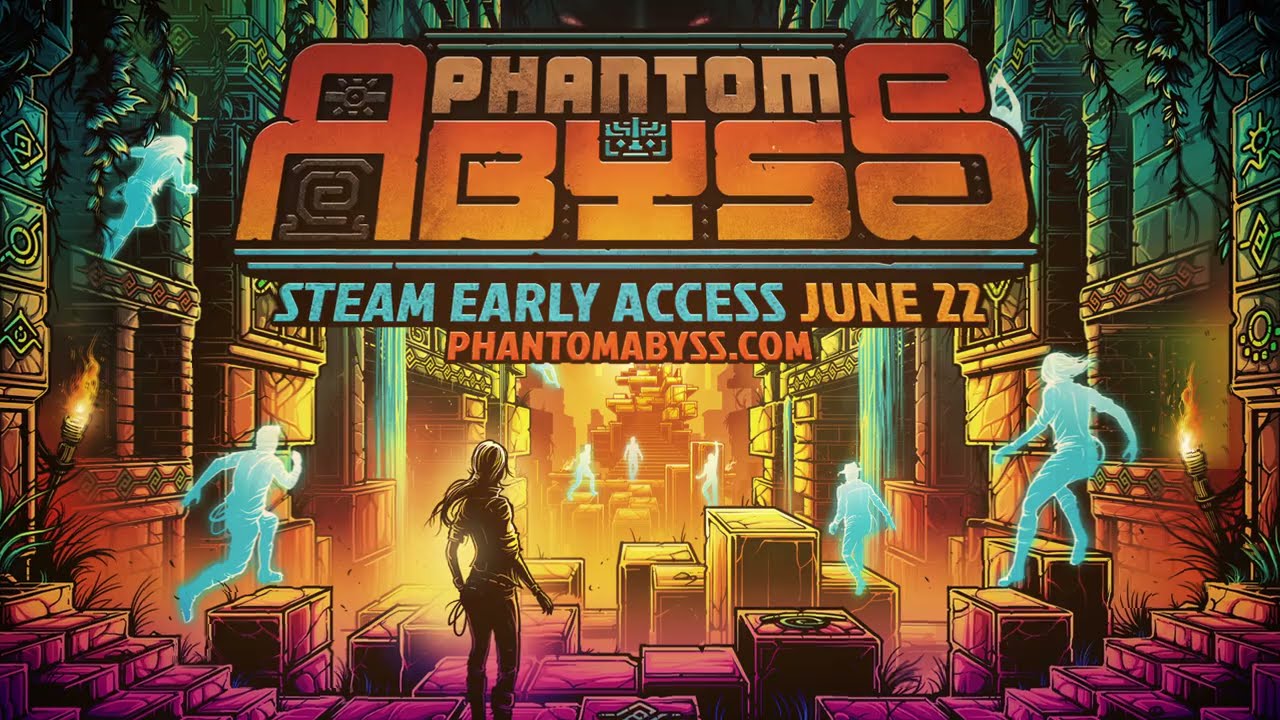 Phantom Abyss is a rogue-lite platform game from Queensland developers Team WIBY. I’ve seen it pop up on Twitch and YouTube, as well as in Devolver Digital’s E3 coverage and I am intrigued. It looks like an interesting take on the rogue-lite style of games. Rogue-lite/like games require you to kill until you get killed yourself, such as Returnal or BPM. Phantom Abyss changes the formula. Here there is nothing for you to kill. The only objective you have is to get to the end of the temple to retrieve a relic. Scattered along the way are various traps and hazards to make your life hard and, if you’re not careful, end it.

Movement is pretty basic controls any FPS player. WASD keys for forward, back and strafing, mouse for looking around, plus buttons for running and crouching. There’s also a slide mechanic that can be activating by crouching while you’re running. Very handy for sliding under things then reaching back to retrieve your hat that only seems to dislodge with dramatic timing.

Phantom Abyss feels something akind to a tomb raiding Indiana Jones sim with a whip as your only weapon. The whip is a key part of the experience, being able to open treasure chests and temporarily disable some traps. By far the biggest advantage it gives is the ability to grapple solid objects to dodge traps or access areas.

After traversing four rooms and retrieving your first relic you return to the beginning where it all starts again. Getting to the relic room for a second time offers you a choice: take the relic and return to the start or head to the next zone for a different relic. I don’t know how many zones there are (if I’m being honest I probably won’t find out) but the environment and traps change as you advance adding variety.

After the first room the Temple Guardian activates. There are a few different Guardians (more of that variety I mentioned) each with their own attacks. One that shoots a big energy blast, one that drops poisonous balls or one that just plain chases you. You know when a Guardian is getting closer as the music enters this wonderfully frantic state, elevating your heart rate.

At the end of each room you can purchase a blessing using the coins you have collected along the way. These come in the form of replenishing lost health, giving more health, active abilities like a double jump and hold a button to fall slower or passive abilities such as a chance to take no fall damage or a chance to take on damage at all. The coins are gathered from treasure chests scattered around the rooms (also containing keys) or by breaking pots.

Getting to the end of a zone isn’t enough though. If you haven’t collected a certain number of keys you’re won’t be able to progress and must start again. This makes exploration a must to ensure you have enough keys to get to the next zone.

Rooms are different every run in Phantom Abyss due to procedurally generated levels. Completing a temple shuts it off forever meaning only one person will ever complete it. It’s a unique way to challenge players to be the first and only person to complete a run.

The game features asynchronous multiplayer. When you die in a run you can get a code to share with your friends to invite them to try the exact same temple. You can’t compete directly with your friends but you can race against their ghost to see if you can better their efforts. Regardless of if you share your run or not, your ghost will live on, there for other players to witness how far you got.

When I first started coming across the ghosts in Phantom Abyss my first instinct was to race them. Years of racing games have told me that if I see a ghost I need to beat it! Eventually I realised there’s no point in racing the ghosts. Nobody’s finished the temple I’m currently in. Why go fast if nobody’s finished it yet? So instead I turned to exploration, finding as many of the aforementioned treasure chests so I can buy as many blessings as I wanted.

That’s not to say ghosts don’t have their uses or that you don’t need to keep moving. If you come across an unopened treasure chest you can hit it with your whip from a distance and collect all the coins. If a ghost beats you to the treasure chest you can still collect the coins, but only when you’re right on top of them. I’ve also learnt things from ghosts. I saw a ghost whip a spinning blade obstacle and wondered why they did that. That’s when I found out you can temporarily stop some obstacles moving by whipping them. And the Guardians make sure you’re always on the run.

You can also purchase additional whips with the keys you collect in game that have special attributes. Some of the ones I’ve come across stop you from taking fall damage but makes Guardians stronger, and another one that increases the coins you get from chests.

I’m not the biggest fan of rogue-lite games. Even the procedurally generated ones start feeling the same for me after a while and I get bored. You know what sort of games I adore? Platformers. I love fluid movement and being able to pull of ridiculous moves. That’s why I love Phantom Abyss. The platforming is so much fun and very fluid. The whip is an amazing way to get around. My first taste of this game I played for three hours and could happily have gone for more if I hadn’t had to go to hockey training (bloody outside world distracting me from gaming)

There were a few things that can be improved for me. An option for always run would be nice as I always seem to be running anyway. I noticed a couple of times the music just seems to cut out coming out of loading screen when starting a new room. I think the music is just meant to fade to the amazing atmospheric music of the temple itself but its more like a hard cut. Phantom Abyss is still in Early Access though, so I passed these comments on to Team WIBY.

Overall Phantom Abyss is incredibly fun with great controls. It’s differing take on the rogue-lite genre has grabbed me and I encourage everyone to check it out. Phantom Abyss is currently in Early Access on Steam. 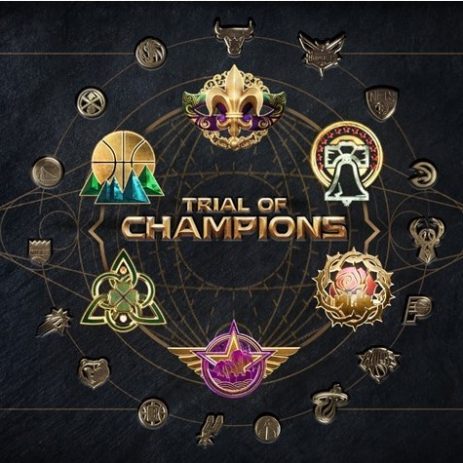