Destroy All Humans! – B-movie inspired fun at its best

AS gamers, we’ve destroyed more than our share of aliens. In fact, ever since the Cold War ended and it’s been politically incorrect to paint identifiable groups as “the bad guys” anymore, aliens have been a great stand-in. After all, it’s not racist to gun down aliens trying to invade us and impurify our precious bodily essences with

In short, if you’re making a sci-fi game and need some bad guys, who are they likely going to be?

So why not have some fun with the concept and see things from the alien perspective? What would would trying to take over Earth look like for them?

Destroy All Humans, developed by Black Forest Games and published by THQ Nordic for PC, PlayStation 4 and Xbox One, is a loving parody of 1950s Alien Invasion B-movies, and it is great fun.

The game is a remake of the 2005 game with the same name, but has been almost completely rebuilt except for some of the voicework.

You play Crypto-137, an alien clone with the voice and personality best described as a cross between Jack Nicholson and Trevor from GTA V. Crypto has been dispatched to Earth, c.1959,  to harvest human DNA which is necessary for the genetic diversity and continued cloning ability of his species, the Furon.

Opposing this one-alien invasion force are 1950s police officers, the US military, and black-suited agents from a Government agency known as Majestic, with their response increasing alongside the chaos Crypto is causing.

There are six open-world sandbox levels in the game, ranging from farmland (with obligatory cows) to a small town to a top-secret military base to the US capital.

The missions in the game are fairly short and involve running around mind controlling people, blowing things up, scanning people’s minds and (in some missions) using your flying saucer to blow up buildings.

You can also play the levels in a straight sandbox mode causing chaos for the lols, or even complete challenges with which to earn more resources to upgrade your weapons and saucer.

The short, sharp nature of the missions means this works really well and the game never got boring or repetitive for me – helped by its great and slightly dark sense of humour that perfectly skewers 1950s Red Scare paranoia.

I particularly enjoyed how in-game, literally everything Crypto does is blamed on Communism, no matter how ridiculous that may be. Abducting a beauty queen? Communism. Detonating an atomic bomb at a secret research base? Communist infiltrators blowing up a flag factory. Levelling an entire town with a laser-equipped flying saucer, with thousands of witnesses? The insidious hand of Communism strikes again!

The mission title screens are very well done too, punning on famous movies, while the thoughts you can scan from people’s brains are also quite amusing as well.

The game does what it does very well and knows exactly how not to overstay its welcome or let the joke run on too long.

The voiceover work could have used some remastering, however; for example, I was very aware that Crypto’s voice and that of his mission controller Orthopox were from different sources and it did take some of the shine off an otherwise stellar experience.

There was also a dreaded escort mission that was incredibly frustrating to complete, due to the save point reload also spawning a particularly troublesome group of enemies.

The sandboxes reset between missions too, so it’s a bit jarring to come back and see that major buildings you’ve destroyed and magically been rebuilt somehow. And on that note, you don’t actually get to use your saucer all that much (compared to your time on the ground) to wreak havoc, which was disappointing.

It’s not a particularly hard game, and the upgrades to your weapons allow you to cause even more chaos, so by the end of it even large groups of enemies are more of a humorous annoyance than a serious threat.

Destroy All Humans! is colourful, funny, does not take itself seriously, and is exactly the sort of game a lot of people need right now – and it’s also a good companion piece to Carrion on the “Being the bad guy” theme too.

If you’re looking for something quirky and enjoyable, then you’ll want to have your tinfoil hat ready and prepare to board your flying saucer from some brilliant B-grade movie inspired fun. 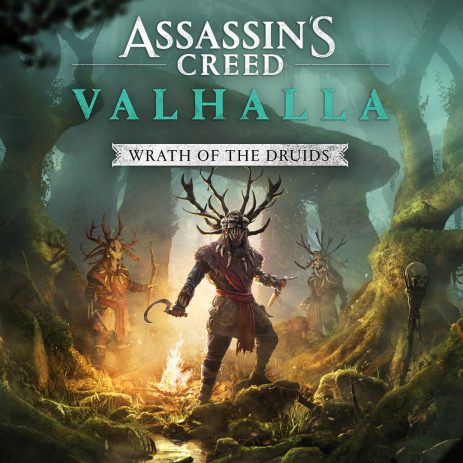