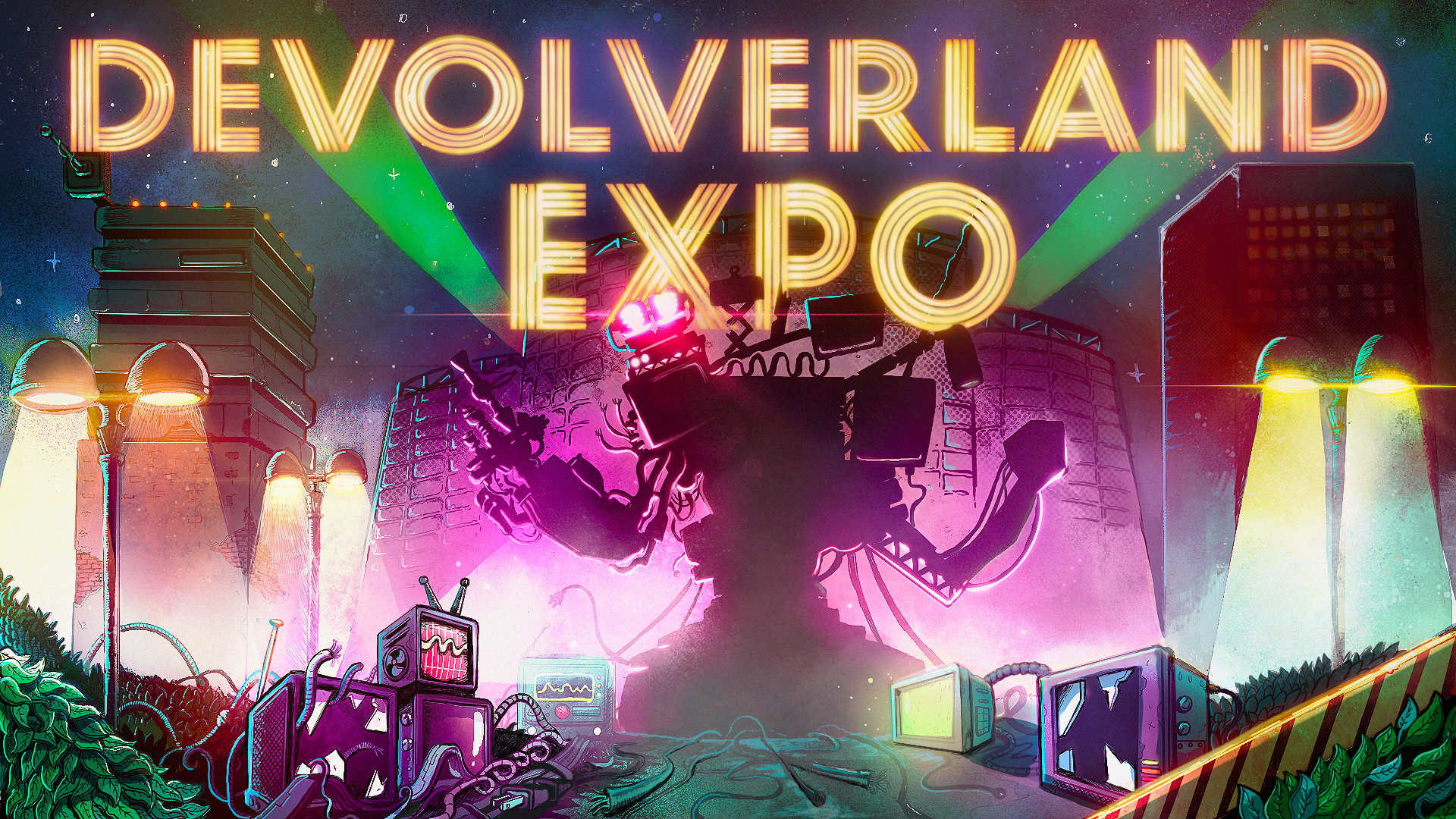 GIVEN the fact pretty much every physical major gaming and tech convention since February this year (except IFA) has been cancelled due to COVID-19, the industry has been scrambling to find new ways to engage with media and fans alike.

Many of these virtual events have, for this year at least, essentially taken the form of large videoconferences, which is fine – especially given the circumstances – but lacks a certain ‘something’.

Devolver Digital were clearly thinking along the same lines and have developed easily the best “virtual gaming expo event” I’ve seen yet- Devolverland Expo, released as a companion piece to this year’s Devolver Direct 2020 livestream, which is part of the delightfully bonkers and increasingly convoluted Devolver Digital Cinematic Universe.

Devolverland Expo is totally free on the Steam store and while, at its core, is a series of announcement trailers for the famously offbeat publisher’s upcoming games, the framing device is just superb.

Developed by Wild Hogs, Devolverland Expo ias a first-person marketing experience where your character breaks into the suddenly cancelled eponymous expo, which is being held in a building that is very clearly the Los Angeles Convention Centre’s stand-in (the LACC, for those of you playing along at home, is where the annual E3 convention is held).

After bypassing security with your Elite Hacker Skillz and getting into the foyer of the I Can’t Believe It’s Not The Los Angeles Convention Centre, you discover the security robots are patrolling and need to be avoided or temporarily disabled – so make a stop at the gift shop to grab a T-shirt cannon and away you go.

After obtaining a security pass and getting into the expo hall, you wander around the various booths experiencing the trailers and themeing for several of Devolver’s upcoming games – Carrion, Weird West, Blightbound, Olija, Serious Sam 4, Fall Guys and Shadow Warrior 3 (the latter developed by Wild Hogs, who also created the Devolverland Expo experience)

It’s going to sound silly, but the whole thing is superbly done and a masterclass in innovative thinking and it’s fun. It takes about an hour, culminating in a cheeky boss battle, and was just generally well done and exactly the sort of ‘virtual experience’ I’d been waiting for someone to make.

It’s surprising how well Devolverland Expo captures (and satirises) the setting and style of the E3 event, and as a result manages to be a surprisingly effective marketing vehicle for Devolver in the process.

You can read more about the games announced as part of the Devolver Direct/Devolverland Expo experience (as well as watch the trailers) in this story from our own Chris “Inferno” Inglis, too.