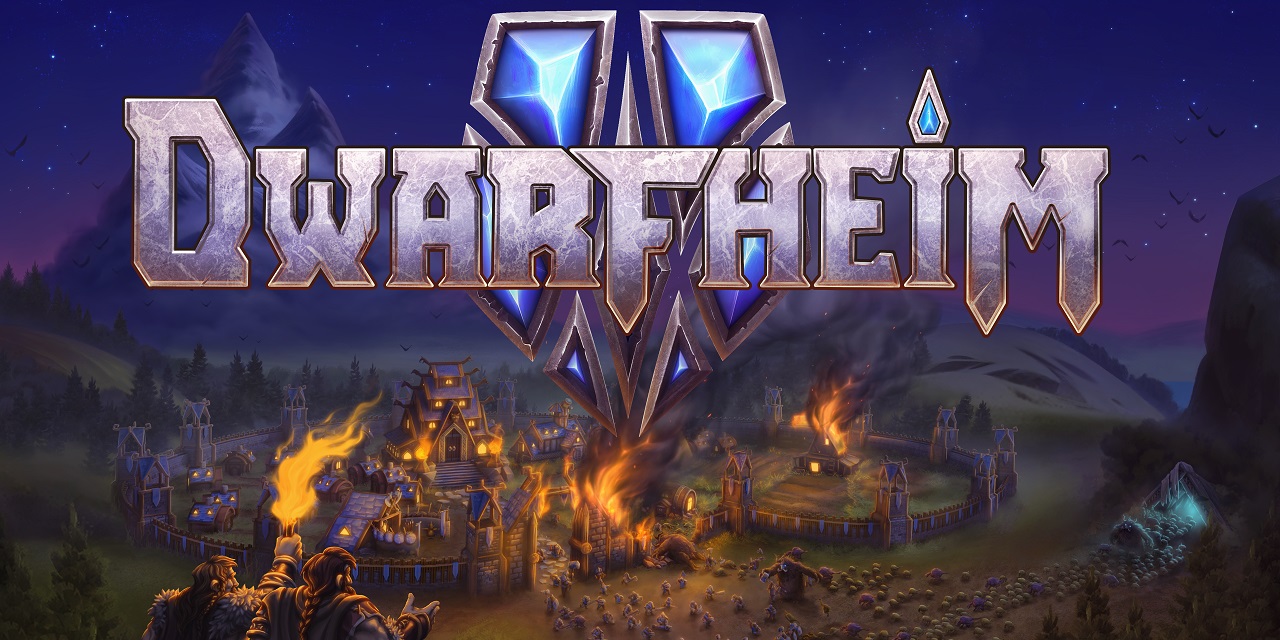 DwarfHeim is a co-op RTS game developed by Pineleaf Studio and published by Merge Games, released on Steam Early Access on October 22, 2020. RTS games have had a resurgence in recent years with Command & Conquer: Remastered, Iron Harvest and Age of Empires III: Definitive Edition. Dwarves are one of my favourite races to play so when I saw images and trailers for DwarfHeim, I had to play it. Even better is this game is marketed as a co-op RTS and my wife and best mate Garbz are right these. We’ve sunk many hours into Northgard together over the years and DwarfHeim looked like it captured a similar feel. We were both right and wrong about that assessment as DwarfHeim is an RTS with good graphics, gameplay, and dwarves! It also has the unique element of three players each playing a major role (class) in the same team.

Some RTS games in the past have let you and a friend sharing control of the same base and units. Games such as StarCraft 2, Warcraft 3 and Planetary Annihilation: Titans are a few. One of you may take charge of building the base while the other will take some troops and go scouting. DwarfHeim differs here in that you and up to two others must choose a class and play that role for the team. Essentially one person takes charge of base building, one maintains the team’s army and one will manage resources, or a combination of those if there’s only two of you. Playing by yourself? You’ll need to control all three aspects.

DwarfHeim has three classes to play as – Builder, Miner and Warrior. The Builder class and their units support the team by healing units, building defenses and houses, creating farms and concocting soothing brews. The Miner focuses on gathering and refining resources, primarily underground building machinery and traps, and blowing up defenses and buildings. Lastly, the Warrior trains your army and defends the town. They will slay creatures to get gold and equip your army with legendary weapons to destroy the enemy team. Builders and Warriors aren’t any too dissimilar to playing a regular RTS game.

The principles of the miner class are like any resource gatherers you’ve played before, but this time you need to send your miners underground and build mining-related structures and machines. We are playing Dwarves after all! There are monsters down there too protecting the ores, so you’ll need to set traps as their nests spawn endless enemies. You will want to set up some barriers similar to a tower defense game to slow their path to you. It’s worth sending down some warrior units to protect the miners and explore the dark depths. I struggled early on with the miner remembering how to get the conveyor belts running the right way and installing the correct ore sorters, splitters, smelters etc. Like most games, play it regularly enough and it’ll be second nature.

There are four extensive tutorials that I highly recommend you play before getting into any other game modes. There’s a gameplay basics tutorial and three class-specific tutorials that are very in-depth and helpful to learn each class in the game. DwarfHeim is a more complex RTS game than I’ve played previously, and these tutorials were much needed. In fact, after I had a couple of weeks of playing other games and returning to DwarfHeim, I’d forgotten a lot of the basic starting processes so a quick refresher in the tutorials was great.

Underground mining is the new innovative feature of this game and it’s much more complicated than just sending a worker to collect ore. There’s a bit more to this class as they have to mine the various coloured ore types, build machinery to crush the rocks and send it down conveyor belts to the warehouse for basic stone and coal. To make iron and other metallic bars, you require a splitter which sorts which ore will go down which conveyer belt, leading to a forge which smelts the ore into bars, and then conveyor belts back to the warehouse. It gets more complicated when you need to make steel which is made from iron and coal, so you need to have a conveyor belt for the coal and a conveyor from the splitter, to the forge, to the transumuter and then to the warehouse. It get’s quite intricate and players that specialise in this role will be sort after for multiplayer games I’m sure. Some of the underground base designs I’ve seen from other players are impressive. If you’ve played Factorio before, you’ll be familiar with how the miner operates.

Once you’ve completed the tutorials, there are four games modes to choose from – Ranked Conquest, Survival, Skirmish and Sandbox. Conquest is the main multiplayer mode of DwarfHeim with ranks and leaderboards and is a competitive 3v3 game where you and two other players must work together to destroy the opposing team’s Town Hall. Survival mode is a good way to practice working together as a team or to play solo versus AI against an endless horde of Trolls and survive as long as possible.

I really enjoyed the art style of the game with aesthetics similar to a modern Warcraft 3. You can zoom right into the action and also have an overview of the base. The level of detail of the trees and farms are good as are the various buildings having a definitive dwarven theme. Switching from above ground to underground can be done at the top of the minimap. The underground caverns are dark and mysterious with the fog of war extending down there as well, and keep an eye out for the skull icons on the map which spawn critters and monsters that will attack your miners and equipment. The voices of the various Dwarf characters was fantastic with some great humourous quips. It reminded me of the clicking the Orc peon’s in Warcraft 3 who loved blowing things up.

Skirmish mode is a competitive 1-3 player verusus AI game mode in a series of maps each with a different set of challenges allowing you to unlock more challenging maps and difficulties. Lastly, sandbox mode is a more relaxed 1-6 player game with no other goals than the ones you can set for yourself. This is a good way to learn the game and test strategies with each other. Playing solo, I chose to start with Skirmish mode, and boy did I struggle alone.
Playing the tutorials makes you focus on just the single class role at that time. As a miner, I was underground figuring out how to turn ore into ingots and refine them which then allowed the builders above to expand the base and the warriors to start an army. I didn’t have to worry about what they were doing, but now I was on my own and I had to manage all three aspects. I was underground focused on building the correct structures to get the most efficient mining operation going. I’d switch to above ground and get started on the base and basic army units to defend from any attack, and then switch back and forth.

While I was underground, an alert came up saying we were under attack. I’d switch to above ground, order the troops to attack, get them back into range of the base, build any units I’d lost, order the next few buildings to be built, then went back underground to continue mining. A short time later, we were under attack again so up I went and defended, then back down to mining. For about 45 minutes this happened, and I realised I wasn’t actually getting anywhere. I was building up enough resources to get a basic army, but then the enemy would come and wipe out half of them. I’d spend the remaining resources rebuilding the army back to what it was, and then be out of resources. I was in this loop where I wasn’t able to get resources fast enough to keep the army going. In the end, my army was overrun and I had nothing left to replenish it, so got dominated.

DwarfHeim is a lot harder than I thought it’d be, but that’s not a bad thing. The emphasis is on playing cooperatively so when I played with my wife and Garbz versus the AI, we obviously did much better. We all just concentrated on our roles but we did have to communicate when we needed resources given all resources are shared. It’s no good building a big defensive base really quickly without leaving enough resources to build an army to defend it. Meanwhile I was underground trying to figure out how to best optimise the mining production. Condsidering the need to communicate, and whilst the developers have added online matchmaking to help fill your team, communication with non-friends is going to be tough, and there’s the chance of them going AFK or disconnecting part-way through a game. It’s far too early to paint a picture now and more time in early access will certainly help to refine the multiplayer experience ahead of full release.

DwarfHeim is very good RTS even in this early access period and has great potential to be a competitive game you play at LANs with your mates or battling other players online. I still need a lot of practice, especially playing solo, but it’s been great fun so far in co-op versus AI. Pine Studio have been hard at work releasing regular updates and hot fixes, and are actively listening to player feedback in their Discord channel so the future bodes well for this title. If you’re an RTS fan, this is definitely one to watch.

This review utilised a game code provided by the publisher. DwarfHeim is available now in Early Access on Steam and is set for full release sometime in our Winter 2021. 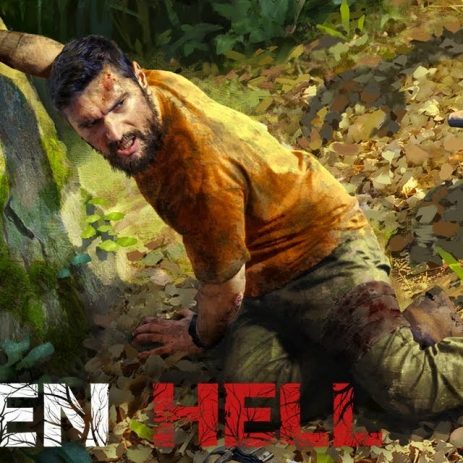