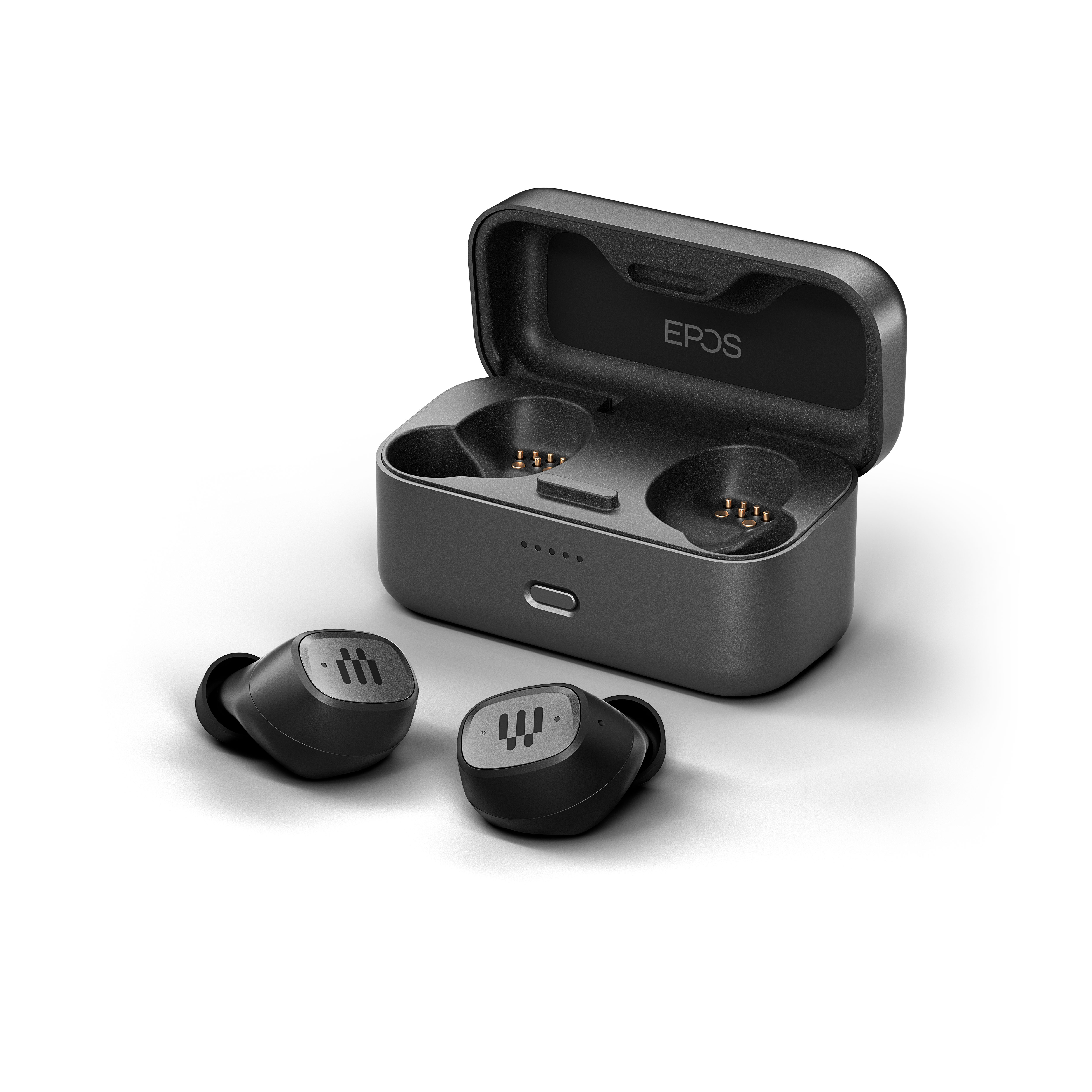 WIRELESS earbuds are pretty much a must-have for the gamer on the go (even if it’s just taking the dog for a walk or heading to the park).

One thing that’s become increasingly important is having audio devices that work across a range of gaming platforms – there’s enough console exclusivity in games without it being an issue for your headset too.

Most of the headsets you’ll encounter connect via Bluetooth, 3.5mm plug, or USB and it can be a bit of an issue when you’ve got multiple devices but can only use the headset with one or two of them.

The latest offering from EPOS – the GTW 270 Hybrid earbuds – aims to bridge the gap, offering Bluetooth and USB dongle connection.

The big attraction of the GTW 270s is they come with a USB-C dongle that allows them to automatically connect to whatever they’re plugged into, without any pairing.

I tested a set with a Nintendo Switch, a PlayStation 5, a Samsung Galaxy Note 10 phone, an iPad Pro and a PC (for some reason it’s not compatible with the Xbox One X/S) and it worked perfectly with all of them – no set up, no fiddling around, just plug the dongle in (there’s an adaptor if you don’t have USB-C ports available) and as soon as you take the earbuds out of their case, they automatically connect.

Even better, the GTW 270s also connect via Bluetooth, so on some devices (such as an Android smartphone or tablet) you don’t have to use the dongle if you don’t want to.

As with all the other Sennheiser/EPOS products I’ve reviewed, the sound quality is absolutely superb, as is the build quality. The earbuds are comfortable, fit nicely into my ears, and even the case they come in is metal.

Across the board, the sound was rich, clear, and the basslines were just right for gaming – adding oomph to explosions and gunfire without distorting, and without compromising other sound effects either.

The dongle connection makes it really easy to switch between devices, too – I could swap between phone, Switch and iPad simply by unplugging the dongle and plugging it into the new device.

Being IPX-5 rated, I wasn’t worried about the GTW 270s getting rained on or getting sweaty, and the charge life was about five hours with an additional 15 in the case. Since I’ve never worn earbuds (or any wireless headset) for five hours continuously, no matter what I’m doing, from my perspective five hours is plenty for a decent gaming session, jog, walk, or excursion to the shops.

There is one major and potentially deal-breaking flaw with the GTW 270s, though – they have no volume control on the earbuds themselves.

On some things you can use the device’s volume control to change the sound, but it didn’t work on the iPad Pro when connected via dongle and on the PlayStation 5 I had to go into game menus to change the sound because it was VERY LOUD.

There’s only one button on the earbuds and it’s for answering/hanging up calls, stopping/starting music or skipping tracks – useful while listening to Spotify or taking a phone call, almost no help at all for anything else.

When I loaded up World of Warships: Blitz on the iPad (using the connection dongle rather than Bluetooth) I was desperately trying to find a way to reduce the volume, but to no avail – the volume buttons on the iPad were not working, and there was no way to do it from the earbuds, meaning I had to take them out and play with the iPad speakers because the volume from the earbuds was simply too loud.

Connecting to the iPad Pro using Bluetooth worked perfectly, however, including enabling the volume adjustment via the iPad’s own buttons.

The lack of volume controls on the GTW 270s were an issue with the PlayStation 5 – the only way to change the volume was via in-game menus, which meant I then had to go back and reset the levels after I’d finished playing with the headset.

A lesser concern is that the dongle just seems like one more thing to get lost, too, but that’s an issue with anything with a wireless dongle connection rather than the GRW 270s in particular. It also seemed like a missed opportunity not to have some kind of storage space for the dongle built into the earbuds case – while you could plug the dongle into the USB-C connection on the back of the case to stop it getting lost, it’s ungainly and there’s a chance the dongle or connection might get bent while being carried around that way too, so it’s obviously not recommended.

Ultimately, the main attraction for the GTW 270s is a set of wireless earbuds you can use with a Nintendo Switch as well as your phone, and they certainly perform very well in that respect – although for $349 the value proposition will really depend on how much of a Switch gamer you are.

It really surprised me how the lack of something as simple as volume control dragged the GTW 270s down.

In all other respects – sound quality, build quality, comfort – they were great, but without being to adjust the volume on the earbuds themselves, they just seem to be lacking that something that would push them from “Pretty good” to “Outstanding”.