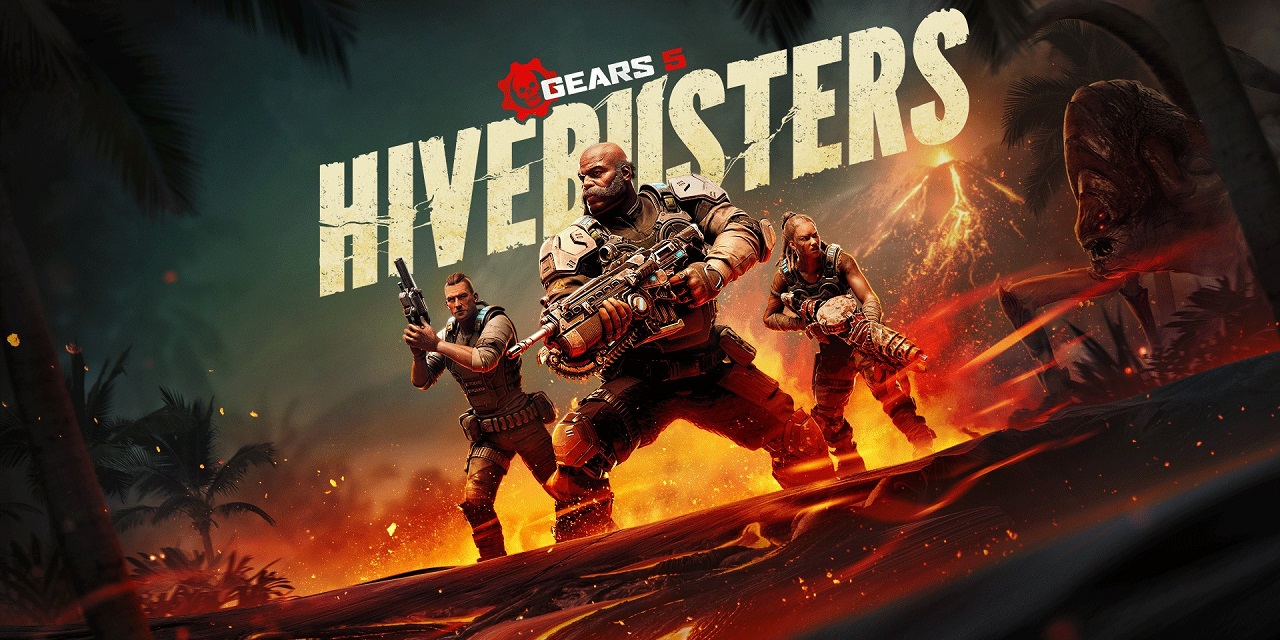 Gears 5: Hivebusters by The Coalition released mid-December last year and is the first expansion to Gears 5 since the next-gen update with the Xbox Series X|S consoles. The expansion is available with Xbox Game Pass Ultimate on Console, PC and Android devices, and can be purchased separately. These are my favourite types of expansions as, despite Gears 5 having a massive multiplayer following, we don’t often get to expand the story but Hivebusters does just that.

In Gears 5: Hivebusters, you can play as Keegan, Mac or Lahni in singleplayer or up to 3-player co-op across six exciting story acts. This trio of characters were first introduced to us in Gears 5’s Escape mode. Now thrown together as Scorpio Squad, they must embark on an exciting 3-4 hour origin story campaign to destroy a Swarm Hive on the volcanic and jungle islands of Weilehi and Galangi. The voice acting is top notch and I loved the banter between the squad, though their relationships gets more serious further into the story.

The island scenes are absolutely beautiful and looked incredibly detailed when I played on the Xbox Series X. There’s lush green vegetation, sandy white beaches and awe-inspiring backdrops of an active volcano. There are also ancient ruins and abandoned COG facilities to explore which had great atmopshere. There were so many times where I stopped and took in the surroundings. The sounds of the jungle were awesome too, with insects and growls heard as you’re exploring. Of course, the serenity was short lived as the hooting of the Juvies or growling speech of the Scions were your first hint of trouble ahead.

There are no new weapons introduced in this new expansion, however each of the three characters has a unique ability to help the squad on their missions. Keegan can replenish the team’s ammunition, Mac can create a shield that protects anyone that’s stood behind it, and Lahni can wield an electroblade that deals heavy melee damage to enemies. These skills are on a cooldown so they can’t just be spammed and there are upgrade modules that can be found in levels that will boost these abilities.

By far, the ability I used the most was Keegan’s ammo replenishment. I used to die a lot in Gears 5 by simply running out of ammo which caused some frustrations as I tried to complete the campaign. Whilst this can be seen as over powered, it allowed me to continue fighting the enemy which were still extremely challenging and intense on hard difficulty. The Juvies have received an upgrade as some now come strapped with grenades. Shooting these exploding ones at a distance was critical, otherwise they could overrun your position quickly and take out the team in spectacular explosive fashion.

The levels are well paced and quite more linear than the base Gears 5, with some exciting exploration missions as well as a mission where you’re riding a giant metal cog down a lava flow. This level was particularly cool as the action was hot and you felt like you were right there on the cog, having to blow logs out of the way so you don’t get engulfed by lava. I’m always looking out for collectibles and Gears 5: Hivebusters doesn’t disappoint. Each collectible item gave a good backstory on the characters and history of the location you’re at.

Overall, Gears 5: Hivebusters is a short an enjoyable change of pace, playing as Scorpio Squad through their origin story. It runs and looks incredible on the Xbox Series X and it’s the type of expansion I love because it adds more story to an already awesome base game. By being able to play as different characters to the base game, and not just in a multiplayer skin, allowed me to experience more of the expansive Gears journey. I wish more game expansions did this and it gets me excited for what’s next in the Gears world. Bring on Gears 6!

Gears 5: Hivebusters is available now on Xbox Game Pass Ultimate on Console, PC and Android devices, and can be purchased separately. 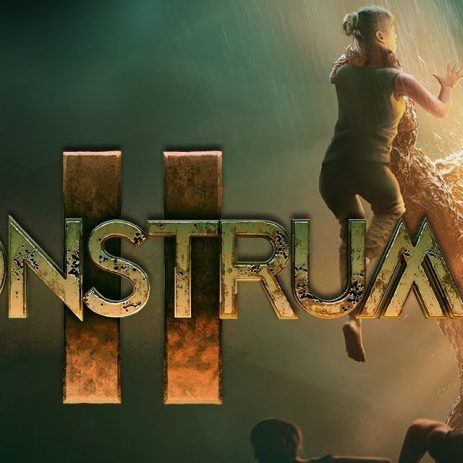