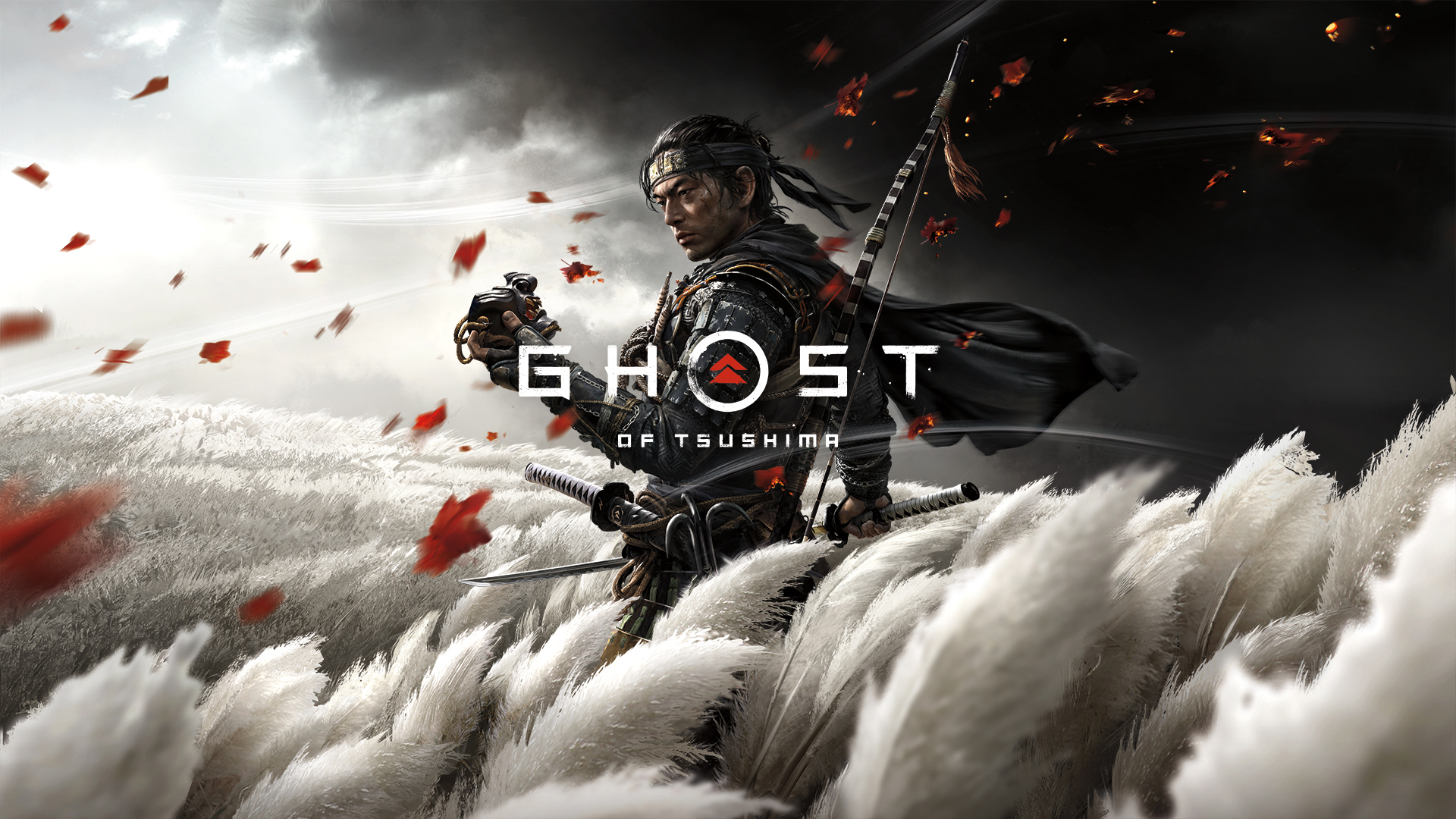 EVERY time a new Assassin’s Creed game is announced, a lot of gamers think “Cool, so when do we get an AC game set in Feudal Japan?”

The answer is “On Friday, except it’s not an Assassin’s Creed game, it’s made by someone totally different, and it’s a PlayStation 4 exclusive”.

The game in question is Ghost of Tsushima, developed by Sucker Punch and published by Sony exclusively for the PS4.

The game is set on the Japanese island of Tsushima during the late 13th century, with the Mongols invading the island. You play Jin Sakai, one of the island’s Samurai, and after the Mongol invaders kill most of Tsushima’s defenders in an epic beachfront battle,

As the review intro suggests, at first glance there’s a few similarities between Ghost of Tsushima and Ubisoft’s iconic series, particularly in the “leaping off buildings and stabbing people” or “appearing out of the shadows to stab people” front – along with the open-world aspect too.

However, Ghost of Tsushima is very much its own game, with its own style – and what a style it has.

The game draws heavily from classic Samurai Cinema and the settings and visuals are absolutely gorgeous. On a 4K HDR Samsung TV, the effect is particularly pronounced. Tsushima is a beautiful island and the various biomes Jin explores are beautifully rendered – from burning farms to serene temples to quiet villages, exploring Tsushima is worth it just for the visual experience.

Nature is a key part of the game as well – foxes will appear to lead you to shrines, golden birds will tweet happily as they fly overhead to lead you to hot springs or bamboo cutting skill tests, or interesting collectibles.

The most prominent environmental feature in Ghost of Tsushima is the wind. Instead of the screen having obvious compass markers or arrows telling you which way to go, your journey across Tsushima is guided by the wind. Visible as gusts, as bending leaves and reeds, as the direction falling cherry blossoms and snow are blowing in.

It works really, really well – it’s a superbly organic way of pointing you to the next objective while keeping with the spirit of the game.

Other aspects of the game setting it apart from your historical slash-em-up are things like being able to compose haiku at certain geographic points, taking time out to relax in a hot spring while contemplating philosophical thoughts – and a special Kurosawa Mode filter.

Named after the master Japanese film director, Kurosawa Mode adds a black and white filter, film grain, flecks and specks on the screen, and makes the audio sound ‘flatter’.

The effect is incredible and really makes the game into a work of art, with light and dark being used superbly to create an incredibly atmospheric and stylish visual experience. I’ve never seen anything like it before in a game and it really speaks to the level of artistic achievement here that Sucker  Punch have managed to make a game that looks stunning in both full 4K HDR colour and in black and white.

The music and sound are excellent too, providing perfect accompaniment to the events of the game. You’ve even got the option to have a Japanese audio track with English subtitles, if you want a more immersive experience.

The heart of the game is combat and Ghost of Tsushima does this really well. Unlike the recent samurai games (Nioh 2, Sekiro: Shadows Die Twice), Ghost of Tsushima does not hate you as a player and wants you to enjoy being a hybrid Samurai-Ninja. There’s still plenty of skill involved with blocking, parrying and counter-attacking, but the combat is incredibly forgiving and also extremely rewarding.

There are different stances which are effective against different types of enemies, and as you progress through game and earn technique points, you can unlock different fighting moves. Undertaking particular ‘tales’ (side quests) can provide particularly powerful and effective moves, such as the Heavenly Strike which can  cut down three enemies at once, or another technique which lets you set your sword on fire.

Other tales include things like searching for a rogue archery student who has joined the Mongols, helping a warrior monk protect his temple, and assisting a Samurai clan family head in getting revenge on those who murdered her family – not to mention the legendary armour and charms which can be found following the semi-mythological tales spun by a wandering bard in the game.

It’s pretty clear this is not supposed to be a historically accurate game – much of the armour appears more appropriate for the later Sengoku Jidai period (15th/16th century), for example, but the game is drawing its influences from Samurai Cinema and while I am a history nerd, I’m also a history nerd that wants to wear cool armour in video games and get into swordfights with other people in cool armour.

A large part of the story is Jin being torn between his training as an honourable samurai, with all the tradition and codes of behaviour that entails, and realising the Mongols are unlike any enemy they have faced before, so drastic times call for drastic measures and if that means essentially becoming the first ninja then so be it.

The game does a great job of letting you choose how to play, blending techniques from both schools.

At the start of an encounter, you have the option to initiate a standoff – calling out an enemy fighter to face you one on one. If you time your strike just right, you’ll slice through them in one go, killing them instantly. Upgrade your technique and eventually you can take out three or four enemies in this fashion, which really makes you feel like a master samurai cutting down inferior bandits and letting everyone know you are not to be trifled with.

Conversely, you can play as a stealthy ninja (the eponymous Ghost of the title) and appear out of the shadows, from tall grass, or off the top of buildings to stab enemies as you silently dispatch them to the land of wind and ghosts (the spiritual one, not the one they were occupying until you skewered them with a tanto knife).

Realistically, you’ll use a mixture of both approaches throughout the game and I liked the fact I could do this. Sure, the enemy AI isn’t the sharpest blade in the forge, but it doesn’t have to be, and the combat sequences where you fight duels with specific, named enemies were really well done and offered some interesting challenges too.

It’s not totally perfect, but most of the issues are things inherent to the open-world action/adventure genre and don’t detract from the experience in any significant way. The world looks amazing but it’s missing some liveliness – as I liberated regions I hoped to see more people just wandering around enjoying themselves, but going to the trouble of defeating Mongol forces in an area (besides making the town available for merchants and upgrades) didn’t seem to change things too much.

Some of the weapon upgrades didn’t seem to do a lot either (I didn’t use the longbow much, since a headshot with the shortbow will put most enemies down in one arrow), but they certainly provided some variety and might work well for those with a different play style to me.

It’s also worth noting Ghost of Tsushima is the final AAA PS4 exclusive, so it’s a fantastic high point in that regard too – and given the quality of some of the other PS4 exclusives (God of War, Uncharted, The Last Of Us Part I ), it’s in particularly esteemed company.

Ultimately, Ghost of Tsushima is the closest I’ve come to feeling like I was the hero of a film from the Golden Age Of Samurai Cinema. It was rewarding, fun to play, thoughtful and just a unique experience I’m glad I had the opportunity to enjoy – and if you like samurai adventures or open world games, you’ll want to experience Ghost of Tsushima too.