Golf Club: Wasteland is a fantastic golf game with an amazing sound track, but geez did it tilt me at times.

Golf Club: Wasteland is a golf game with a difference. Developed by Demagog Studio and published by Untold Tales, the game released on September 3, 2021 on Steam, Xbox, PlayStation and Switch. The sound track is incredible and is worth the purchase price itself, and the gameplay is great fun at first, but gets super frustrating later on. There are three stories being told about how humanity has fled to Tesla City on Mars, and now the ultra rich are taking charter flights to a post-apocalyptic Earth to play golf.

You play as Charley, a man in a space suit playing Golf in decrepid landscapes, dilapidated buildings and irradiated animals with glowing parts. “I ran to the restriced area, where the taxi-ship landed” starts Charley’s diary, which is another story mechanism in the game. Earth is a Wasteland and humanity, at least those that could afford it, have fled to Mars. Life on Mars is tough, and we learn this through listening to “Radio Nostalgia from Mars”, a radio station where people are interviewed giving candid and sometimes emotional stories about their previous life on Earth and now life on Mars.

We hear stories of a man whose parents were killed when he was a child, and he is haunted by a song his father sung when it happened. There are people who have fond memories of life on Earth who are now living alone and feeling lost. These stories play in the background to the main game of playing golf, and they often made me stop playing to listen. Other’s were just background noise as I was concentrating and trying not to lose my cool as I got repeatedly frustrated over the inconsistencies with the controls.

I played Golf Club: Wasteland on both PC and Xbox and if you have the choice, I’d recommend PC. You need to hold the left mouse button and then drag the mouse away and up from Charley in order to gain height and strength, represented by a white arrow and illustrated angle. On controller, you use the left stick to do this, however I felt I was fighting the resistance of the controller in trying to get the perfect aim. You can turn the sensitivity down in the game’s options, but I could never feel comfortable with aiming on the controller and had much more precision and success on PC with the mouse.

Regardless of platform, my biggest criticism of Golf Club: Wasteland is the inconsistency between what feels like tiny differences in the swing angle/strength. The game is awesome to start with, and even though the ball can’t touch water, acid, fire or a number of things, you learn how hard you need to hit the ball and what angles. There are patches of sand too which severely slow the ball down, much like real life golf. After the third hole, you are given an option of three game modes to choose from – story, challenge or ironman.

Story mode means you do not have minimum strokes to hit par and can take as many strokes as you need to get through the game, which is how the first three holes are played. Challenge mode means you need to meet a par set for each course. If you fail, the ball self destructs in a little puff of smoke and the hole resets. In ironman mode, you need to complete each hole without any mistakes, and you must complete challenge mode before unlocking ironman mode. I completed all 35 holes in challenge mode in about 4 hours, but in that time there were a lot of expletives, restarted holes and many mistakes. It could definitely be completed quicker once you get a grasp of the controls.

Some holes have pars of 18 or 20 strokes, and these usually had many sections where you can make mistakes, either with water or in high rises where the ball can fall into oblivion. Then there’s the wildlife that can grab the ball and run with it, but not always. Some wildlife can be helpful, but you’ll need to test trial and error with most encounters before working out strategies. As you complete holes you unlock diary entries. Each hole usually has two diary entries attached, with the second unlocked if you complete the hole under the specified strokes.

It is like playing regular golf with skill versus chance, but the inconsistencies in hitting the ball in Golf Club: Wasteland made for some rage-filled times. There are times where you need to chip the ball into a pipe, which will save you a lot of time, but just chipping the ball into the pipe is a challenge given the controls. It looks like a little chip will do it, one that you’ve done in previous holes. You line up the same angle that worked last time, but it falls short, or shoots high. Reset and make a tiny adjustment, and now you’re hitting it too hard. On the xbox controller, this was infuriating at times, so I settled in on the PC and completed it there. Those stuck on consoles, I feel for you.

There is genius in the level design, with some containing puzzles you can utilise to gain an advantage, and the environment art tells a story too. Using angles and sometimes pure luck, I got a few hole-in-ones which I was chuffed about. Other times, I used all 20 strokes on a 20 par hole. It was funny when I stuffed up a putt, Charley leans and throws his head back, sighing. I was doing that in person too but after a while the sighs turned to expletives. My completionist OCD needed me to get under the required strokes to unlock every diary entry, but some holes I was just happy to get through them on par. Other times, I would work out my method for clearing the hole, then would jump into a streamer playing the game and watch them effortlessly using angles off walls to achieve what took me 2-3 strokes.

I do need to give massive credit to the sound track though for keeping my mood in check, as well as taking breaks when the rage got too much. The sound track is incredible and is what attracted me to the game in the first place. Demagog Studios gives us access to the full sound track upon completion of the game which is awesome. They also give us a 55-page fully illustrated digital story book of Charley and his journey pre-Mars and why he came back to Earth to play one last game of golf.

Overall, Golf Club: Wasteland is a fantastic golf game with an amazing sound track, but geez did it tilt me at times. It’s easy to chill out and play with a good level of challenging pars for the 35 holes across the game. However the controls are frustratingly inconsistent, especially on console. I did finish the game and I do recommend it, especially for that sound track, but it can get very frustrating at times. 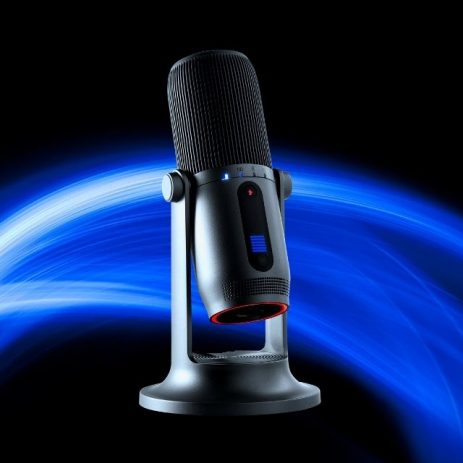