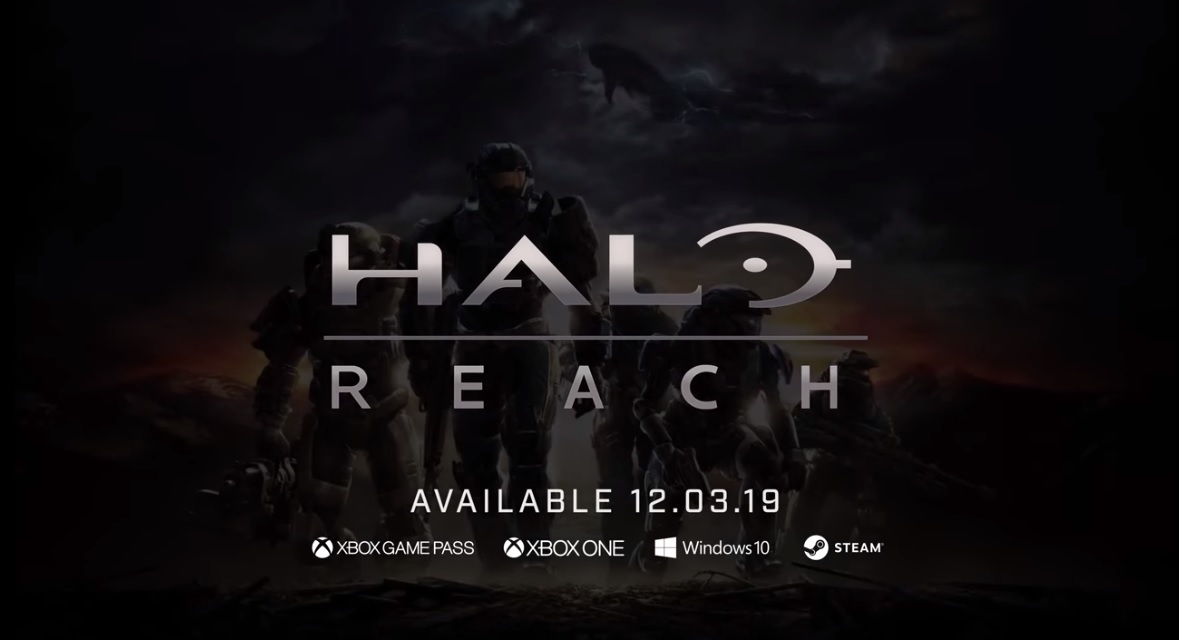 Halo: Reach has been a fantastic addition to Halo: The Master Chief Collection, particularly for PC players who’ve been absent of Halo gameplay for over a decade.

Halo: Reach is a 2010 first-person shooter which was initially developed by Bungie and published by Microsoft Game Studios for the Xbox 360. It has now been remastered and added to Halo: The Master Chief Collection as of December 4, 2019 for us here in Australia, by 343 Industries and Xbox Game Studios. For the first time its available to play on PC via Steam or the Microsoft Store and part of Xbox Game Pass PC catalogue. I loved playing the Halo series on Xbox One but often struggled with precision aiming using the Xbox controller. Now using keyboard/mouse means I can headshot and sniper most enemies making it such a fun experience and it looks great on PC.

Back in July 2018, I wrote an article about my time playing Halo 5: Guardians, in preparation for the freshly announced Halo Infinite at E3 2018. In that article I explained how I had spent two years slowing working my way through The Halo Master Chief Collection on Xbox One co-op with my good mate Gruntels. It took us that long to get through playing Halo 1-4 for a couple of hours on Monday nights. We’re gaming dads and can only fit in so much gaming around family. Playing Halo: The Master Chief Collection on Xbox One was great as we could relive the old Halo days on modern Xbox One hardware and graphics. Now Halo: Reach has been added to Halo: The Master Chief Collection and is the first fully fledged Halo game to be available on PC since Halo 2 in 2007.

I never played those Halo games on PC back then – my first entry into the series was Halo 3 on Xbox 360, so I was excited to get into Halo: Reach on my newly upgraded PC gaming rig. Not only was I pleasantly surprised with the graphics, which initially felt a little dated until I found the ‘enhanced’ graphics setting, but the story was incredible to play through. Some of the scenes later in the game made me forget that this is a remake of a 2010 game as they just looked amazing. Without giving away any spoilers (though this is a game from 2010), there are some heavy hitting moments as well as some great realisations that connect and lead into Halo: Combat Evolved.

Halo: Reach takes place in the year 2552, where humanity is locked in a war with the alien Covenant. Players control Noble Six, a new member of an elite super soldier squad called Noble Team, when the human world known as Reach falls under Covenant attack. The team meets Catherine Halsey, a scientist and the mastermind behind the Spartan program and their Mjolnir powered armour. Halsey informs Noble Team that the Covenant forces at the relay were searching for important information.

Noble Team is guided underground to an ancient artifact that Halsey believes is key to winning the war against the Covenant. Six, Carter and Emile are entrusted with transporting the artificial intelligence Cortana, and the information she carries concerning the artifact, to the UNSC ship Pillar of Autumn. After suffering heavy losses, the Autumn flees from Reach and discovers a Halo ringworld thanks to the data Halsey extracted from the artifact, leading directly to the events of Halo: Combat Evolved.

Aside from my vastly improved aim with keyboard and mouse, this was classic Halo gameplay at its finest, and with 60fps on PC it felt great. Playing on normal difficulty, I tended to die a lot as I would run in guns blazing, despite my shields screaming and my health in the red. The enemy and gun models looked very similar to other Halo games and the graphics were fantastic when I found the ‘enhanced’ graphics setting.

There’s also a mission where you fly a spacecraft and defend a station from waves of attacking Covenant ships. This was great as I’m a huge fan of space combat games. One other gameplay element I really liked that isn’t in the other games is swappable equipment abilities. The default ability is sprint, but you can find other abilities with glowing images of jetpack, active camouflage, hologram, drop shield and armour lock. Each ability is useful in certain situations and you require the jetpack ability in later missions.

It’s easy for an FPS game like this to just have you mow down a whole bunch of bad guys, rush to get to the end of the mission and then just switch to the next mission. They can feel a little dry and shallow, but that’s not the case with Halo and certainly not Halo: Reach. The music and cutscenes start to form a bleak and somber picture that despite the heroic efforts of everyone, it feels like Noble Team is a small part of a fight we’re constantly losing. As the story progresses, this tone seeps deeper into the missions and it really becomes a tense finish to the story. There were moments where I was whooping in elation and others where I was genuinely shocked. The closing sequence really made me feel for the Spartans and I am itching now for Halo: Combat Evolved to be released on PC so I can continue the story.

We do not yet have a release date for Halo: Combat Evolved on PC as part of Halo: The Master Chief Collection, other than January 2020. There’s still 2 weeks left of January so we could get lucky. If you want to stay ahead of the curve, it’s worth becoming a Halo Insider and you have a chance of testing each game early by registering on the Halo Waypoint website. While you wait, Halo: Reach also has Firefight and multiplayer modes, which I believe a lot of people on PC were waiting to play. Firefight mode is where you can fight alone or with squad mates to survive against endless waves of enemies deploying with ever-increasing difficulty. Multiplayer features an overhauled progression system, player customisation options unlocked through seasonal gameplay, over 20 nostalgic maps, as well as classic game modes such Invasion. Forge and Theatre modes are in development for release sometime this year. I played some multiplayer games last night and experienced no lag at all. My skills on the other hand leave something to be desired.

Overall, Halo: Reach has been a fantastic addition to Halo: The Master Chief Collection, particularly for PC players who’ve been absent of Halo gameplay for over a decade. The graphics in enhanced mode on PC look comparable to games today. The mouse/keyboard gameplay on PC is what I was longing for in the 2 years I slogged through the Master Chief Collection on Xbox co-op nights. This is just the start of the enhanced Halo journey on PC, so it bodes extremely well if 343 Industries can keep up this tempo with the remaining Halo games up to Halo 4.