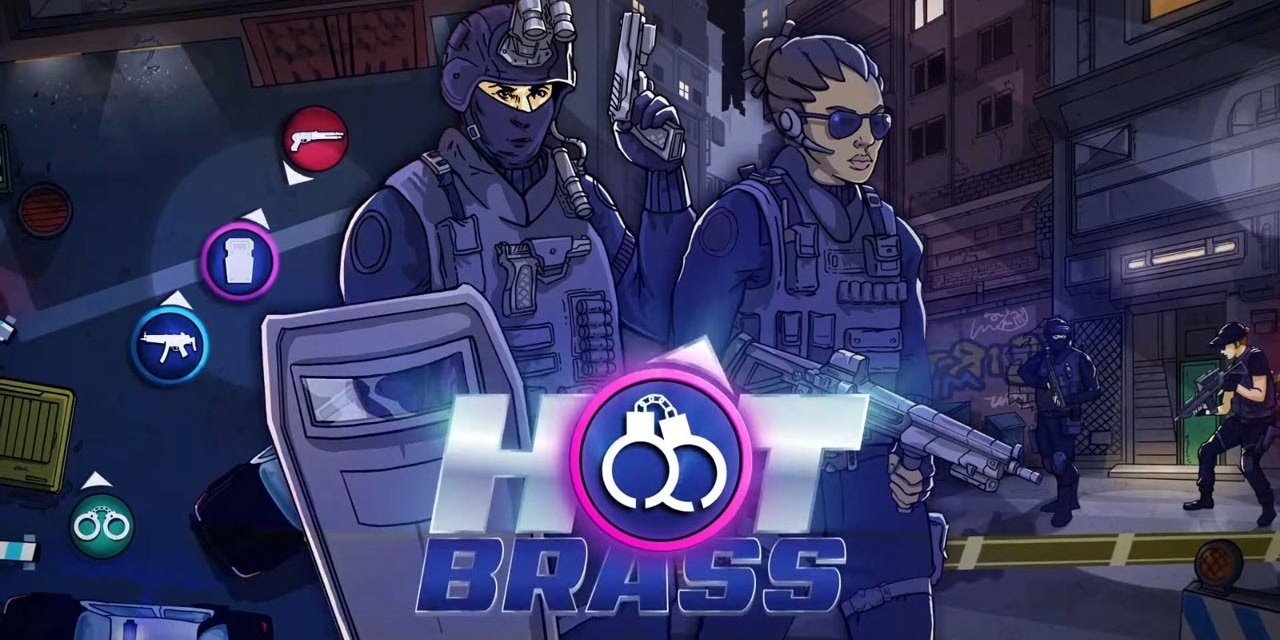 Hot Brass is a top-down shooter developed by Walk with Kings and published by Treasure Hunters FanClub. It released on Steam on February 26, 2021 and as a SWAT operator, you’ll use tactics, gadgets and awareness to save hostages, thwart thieves and complete a number of other high risk operations. Playing Hot Brass gave me vibes of the old SWAT games from the 90’s and 2000’s, in a modern top-down take.

The game’s tutorial does a good job to teach you the basics of controlling the SWAT operator. From sprinting and sliding which make noise, to sneaking up to doors utilising an under-door camera, and placing breach charges. Moving through a level will illuminate the room as you enter, but some objects such as cupboards or internal walls will still have shadows left for perpetrators to be hiding. It’s not enough to just look into a bathroom, you need to open the cubicle doors to ensure no one is hiding.

Instead of having small player and character sprites, there are circle icons for you, civilians and criminals. At first I was a bit let down by this as it would have been cool to see the SWAT officer in uniform/full kit and various looking enemy and civilian units. However the feeling quickly subsided as the gameplay focuses you on search tactics and suspect apprehension. It can get quite intense as you’re sneaking around not knowing where people are located in the dark rooms and buildings.

Prior to starting a new mission, you’re given a written mission briefing explaining the emergency situation. You can play each mission solo or with up to 3 other players and these can be your own mates or playing online through the in-game matchmaking server browser. You will need to choose the equipment to take into the mission, which at first is just limited to basic starting equipment such as an MP5 and light armour. As you complete more missions, you’ll unlock better gear such as shotguns, heavier armour and other items.

Each mission in Hot Brass has the primary objectives such as subduing all suspects and collecting their weapons, as well as secondary tasks such as completing the mission in a certain time, finding all collectible, and so on. Once you’re in the mission, you start outside the building and must work you way in to help those inside. In the first mission, there are two civilians being held hostage and two unknown suspects. You need to be careful when walking next to windows or making too much noise as you approach doors as the perps will see/hear you and run to investigate, putting the lives of civilians at risk as well as your own.

When exploring the inside of a house/building, you can’t tell civilian from the suspects as their character state is neutral/brown. It’s not until you get closer or they spot/hear you that you learn whether they’re innocent (green) or ready to pull their weapon and start firing (red). As you approach, pressing the right mouse button will yell commands at the person. Friendly targets will submit straight away. Once their icon turns green, you can approach and press ‘e’ to put them into cuffs.

Almost everything in the Hot Brass’ missions is destructible which allows you to shoot through windows, doors and walls to surprise a suspect and gain the upper hand. It was cool shooting through a wall for the first time as a splinter of light then allowed me to see into the room enough. There are also fuse boxes to kill all power/lights, then you can use night vision goggles to navigate the scene. The levels look small, but some are quite large once you starting moving around and searching for suspects.

Sometimes yelling at perps won’t subdue them straight away and some need some persuasion from your taser by pressing ‘f’. Some will yell out, alerting all others on the level, while others will just pull their weapon straight away. Pulling a weapon is different to firing the weapon, and I learned the hard way that shooting at a suspect without them engaging you first is a big no-no. Telling the difference between someone threatening to shoot and actually shooting at you is milliseconds, so it’s a reminder of the brave men and women that have to deal with that decision every day in real life.

Occasionally I panicked when seeing a suspect for the first time and would accidentally fire my weapon. Most of the time the shot missed, but was enough to make the suspect thrown their weapon down and submit. When this happens, you must quickly cross the room and place them in cuffs. If you have two suspects to cover, if you take your time dealing with the first, sometimes the seconds is brazen and will go for their gun a second time.

I died a few times getting used to this, but shouting generally keeps them under control. Occasionally though, you must defend yourself and take down the shooting suspect. If I got shot, generally it killed me and i had to restart the mission. Sometimes you only get a flesh wound, but you are slowed down and bleed all over the place. I struggled a lot with each new mission as I learned how best to approach each situation, and each new attempt at a mission will have the objectives/suspects in randomised locations, so successive play throughs didn’t get boring.

Missions are completed once all suspects are subdued, weapons collected and all rooms cleared. Pressing tab will bring up a map and show any rooms you haven’t yet searched. Just looking into them with the under-door camera isn’t enough, you must open all doors and search all corners. There are collectible items around too if you know what to look for. Finishing a mission will unlock the next, as well as arcade version of the ones you’ve completed. Arcade version allow you to play them with custom settings so you can have a bit of fun and challenge with the various options

Mission variety is good and the pace of change is enough that you don’t feel like you’re grinding away doing the same missions over and over. I did have to take a break after a couple of missions as it does require good concentration, and my failure rate was high by making silly mistakes as I learned different tactics. There are no checkpoints in missions so if you have spent time securing hostages and subduing bad guys, but the last guy gets you, you restart the mission all over again. Sometimes this felt a bit harsh but it makes you refine your methods for the most effective solutions. There are also missions where you need to find a target who, if spooked, will run and attempt to escape. These took me many attempts, but it feels so good when you finally put it all together and complete a difficult mission.

Overall, Hot Brass is an intense top-down shooter involving SWAT operatives utilising tactics and gadgets to apprehend suspects within missions. It’s a game best played with mates as it can get quite punishing playing solo, especially if you try run-and-gun the mission. There’s an emphasis on thoughtful and tactic approaches to each mission and your patience will be rewarded with better gear and more missions unlocked.

This review utilised a game key provided by Evolve PR and Hot Brass is available now on Steam for AUD21.50. 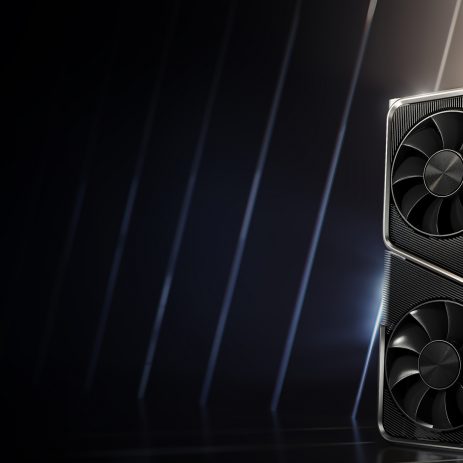