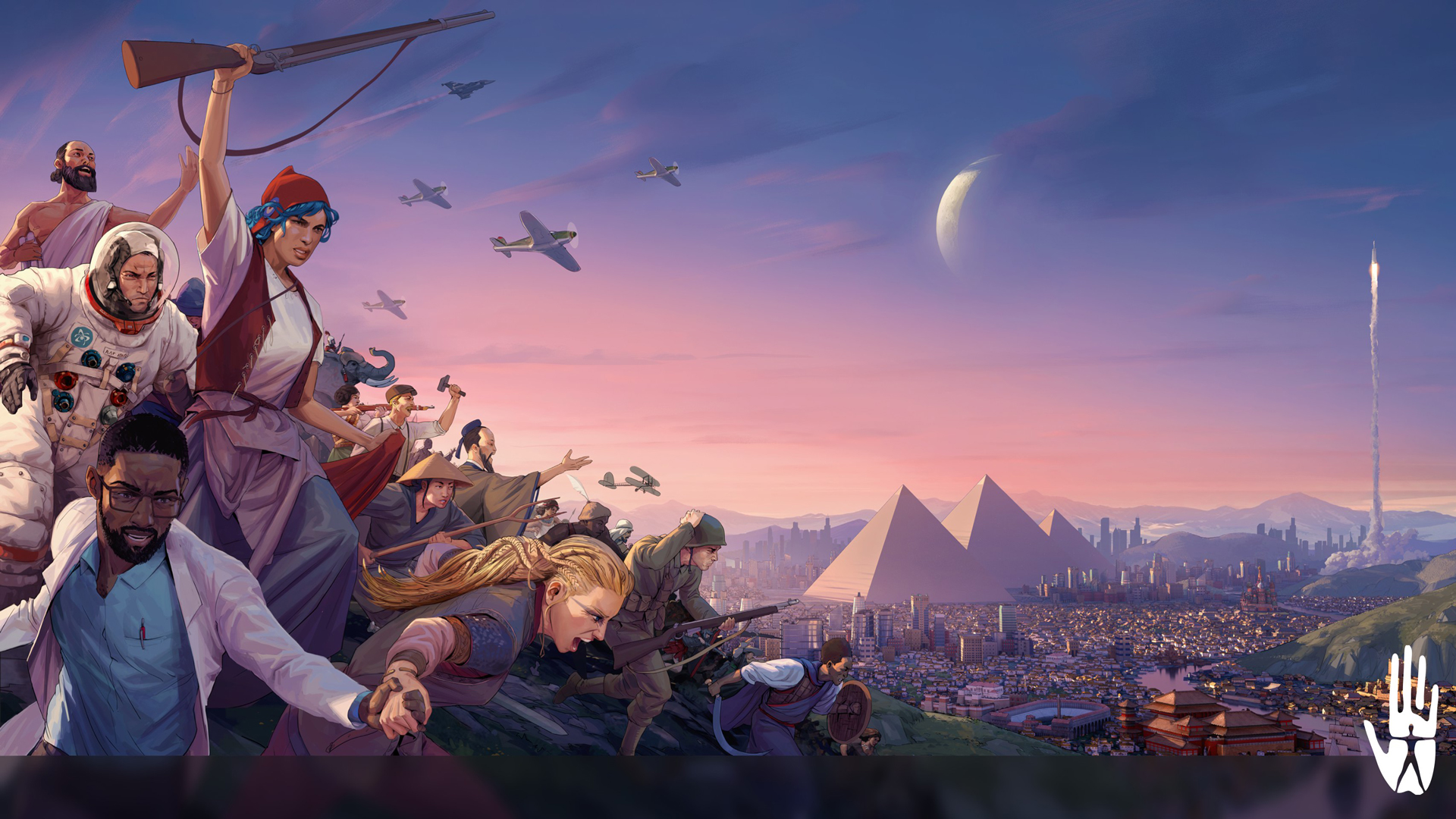 IT has been conventional wisdom ever since 1991 that the metaphorical gaming town isn’t big enough for more than one broad human history based 4X game, and that the Sid Meier’s Civilization series was Emperor of that genre and its reign absolute.

Occasionally someone else would give it a crack – the Call to Power games from 1999 and 2001, which were basically the result of a Thunderball-style “two different people had the rights to specific IP at the same time” situation – are the standout examples. The two games introduced a number of innovations such as trade routes, national borders and strategic resources which were incorporated into subsequent Civilization games, as well as some good ideas which haven’t been seen since including a third millennium endgame era with an orbital map layer featuring satellite habitats and the ability to perform orbital drops of units anywhere on the planet.

For the most part, however, it’s generally been established that Civilization V and Civilization VI are the pinnacle of human history 4X games and there’s no point trying to compete with them because they get almost everything right, or at least near enough that there’s not really much that could be done differently that would justify creating an entirely separate IP in which to do it.

That hasn’t stopped Amplitude studios from trying with Humankind, published by Sega on PC (the Mac version is due in a few weeks), though.

At first impression, Humankind looks a lot like store brand Civilization VI and the similarities are certainly close enough that if you are familiar with Civilization you can basically skip most of the tutorial and jump right in.

Obviously it’s going to be hard for Humankind to get out from underneath Civilization’s monumental shadow, but full credit for Amplitude for trying – even if they haven’t completely succeeded.

The game just felt unpolished and unbalanced to me I ran into issues like bugs, glitches, perpetual “turn ending” snags, placeholder text, and unclear systems (how religion worked, what caused people to switch cultures, what the point of Independent Peoples was, the list goes on) which held the whole experience back for me.

One of Humankind’s major innovations is the idea of a Neolithic Age, where you explore the starting area to get a lay of the land and maybe some bonuses to carry over into the ancient era, which is the first “starting” era of the game.

The whole “changing your civilisation name each era” mechanic is incredibly confusing. In the course of one playthrough, the neighbouring civilisation started off as the Nubians, then evolved into the Greeks, then into the English, and then into the Iroquois and then into the Mexicans. I’d be merrily developing my civilisation and then would get a notice that my trade route with the Japanese had been disrupted by a war between two other players, and I’d be thinking “Wait, what Japanese? Did I sign a trade deal with them? What are we trading? Who were they before?”

The actual mechanic of adapting ideas and bonuses from different cultures to your civilisation as you advance through the ages is an excellent one, the fact your civilisation’s entire name changes as well is not. There really needs to be an “established” name for each other civilisation (player) that remains constant, and while I see what the developers were doing with the whole “melding of cultures” thing, there’s simply too much ‘baggage’ associated with real-world civilisations/empires for it to make any sense at all for the Mayan civilisation to suddenly become the Norse and subsequently the Ming Chinese.

Continuing the theme of great ideas that are poorly executed is the “Grievances” mechanic. Sadly, there’s no aluminium pole involved, but basically any time a civilisation does something to annoy you (refusing a demand, oppressing members of your religion, settling in a border area) you can use that “Greivance” to demand satisfaction from them – typically in the form of handing over a city/territory or paying you a lot of money.

On paper, it’s a great idea. In practice, it doesn’t work. You’re never going to give one of your cities to the AI and it seems totally random as to whether they agree your demands either, so basically the whole thing just goes nowhere. If you make a demand like “Give me this city” or “Stop oppressing my religious followers in your city” and they say “No”, the options are “Declare war” or “Don’t worry about it, then” – and similarly, when they make demands of you and you refuse, the AI withdraws them. It makes the whole thing pointless, really.

Then there’s warfare. Actual combat has the innovative system whereby you can direct your units on the map (although you can just click autoresolve, too), and you can stack units to build some pretty impressive armies too, so all that worked well.

The problem is warfare is underpinned by a “war score” that gauges your populace’s willingness to keep fighting.

In one game I played, the Celts declared war on me out of the blue for existing near them, and I responded by utterly stomping them into the ground, annihiliating their armies and capturing several of their cities in a Classical-era blitzkrieg with chariots and swordsmen.

Then their warscore collapsed so I was forced to accept a surrender, which involved them getting back some of the territory I’d already conquered, because there simply wasn’t an option for me to say “No, I’m going to utterly destroy your civilisation and incorporate its territory into mine; that’ll teach you to declare war on me”.

I was not impressed, to say the least.

Intercontinental exploration and settlement is incredibly difficult, and by the time you develop ships which can transport units a useful distance, most of the available land has been claimed by the AI players and you likely won’t be able to pass through their territory, meaning building a colonial empire isn’t really an option even though some the technologies and civics you can research are based around doing that.

Like the more recent Civilization games, strategic resources are present – but in minute quantities, meaning it’s quite likely only one, maybe two civilisations in the game will have enough to build anything. In a number of playthroughs I ended up with absurd situations like having my civilisation in the early modern or even modern era, but unable to build era-appropriate units because I didn’t have access to any saltpetre or oil or even iron in some cases.

The Wonders Of The World aspect has the ostensibly good idea whereby you can “claim” a Wonder even before you start building it, thus preventing anyone else from constructing it and avoiding that issue of having a rival civ complete a massive wonder you were both working on a turn or two before you. The problem here is that the AI doesn’t always seems to finish building wonders, so you end up with all these “claimed” wonders that are out of play even though they haven’t been built for centuries in-game, or the civilisation that claimed them no longer exists.

Call of Duty: Vanguard – The Review

The game has a religion mechanic, but how it spreads is pretty opaque – you can’t build missionaries to spread the word or denounce heretics or anything like that, which means that entire aspect is unavailable and the mechanic feels a bit pointless as a result; even moreso if you decide to adopt an atheist/secular society later in the game as religion ceases to have any noticeable effect.

The first game I played devolved into a stalemate in the Industrial era (around turn 300) – there were five civilisations including mine left, all mutually suspicious/unfriendly towards each other, all at more or less the same technology level, and basically I found myself just clicking the “End Turn” button over and over and over again because there wasn’t anything interesting I could do.

None of the other civilizations would sign an open borders treaty with me so my ships and units were blocked from passing through (so no exploring), we all had decent armies so a war was going to be protracted and probably not end well, and most of the practical improvements for cities had been built, so there wasn’t much else to do except click “end turn” until the clock ran out.

Things were slightly better in the subsequent game, but I still experienced issues in the lategame with things stalling, especially because wars of conquest are essentially off the tabletop due to the warscore mechanic.

As much as I enjoyed Humankind, a lot of that was due to the fact I love Civilization and 4X games generally so just by being a cromulent example of the genre I was going to have at least a moderately good time.

I’m not entirely sure who Humankind is targeted at – “people who liked Civilization VI but wanted the tech tree to be more streamlined and wanted to control individual units in combat” doesn’t seem like a large market.

There’s some innovative ideas here, most of which aren’t brilliantly implemented, and some of UI was quite clunky too, but overall it’s a passable – but not excellent – 4X game.

One highlight among it all was the narration, which seemed to take its cues from humorists such as Douglas Adams and Terry Pratchett. I found it well done and a nice touch, but a bit out of place in some respects given the otherwise serious tone of the game.

There’s a lot of potential in Humankind, and hopefully the developers will keep working on the game, but right now it’s still only a pretender to the Civilization throne. 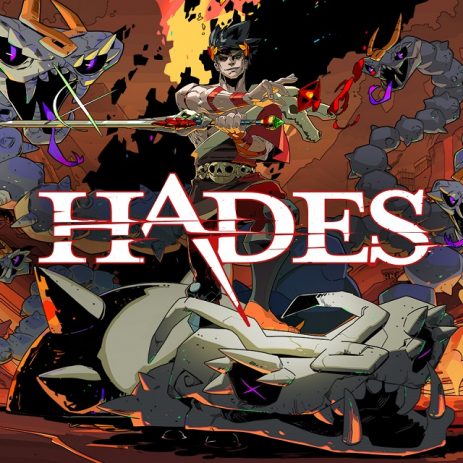