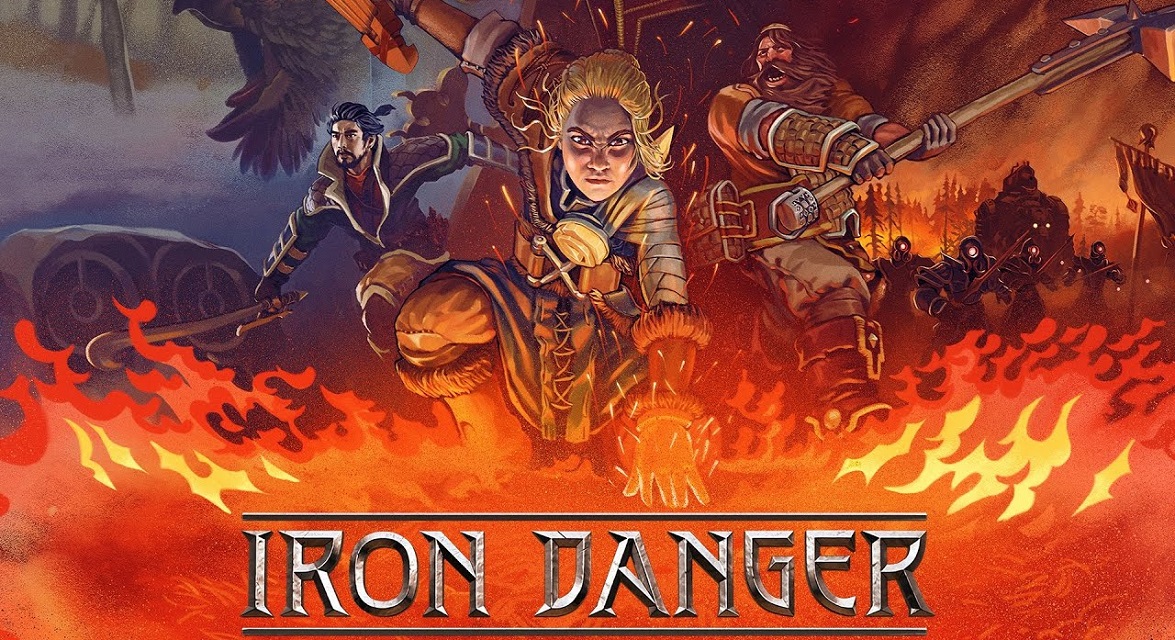 It’s the trance mode action combat that really makes Iron Danger stand out on its own, carving its own niche into the RPG genre.

Iron Danger is a steampunk tactical RPG developed by Action Squad Studios and published by Daedalic Entertainment. The game will release on Steam, Mac and Linux on March 25, 2020 and will help to shape the future of RPGs as we know them. Iron Danger looks and feels like an action-oriented RPG with characters that use skills/spells to defeat foes, but where it stands out is its combat. Three elements common in RPGs of late is party-based combat, environment manipulation and the ability to pause combat to plan your tactical advantage. Action Squad have cleverly added a fourth element to Iron Danger with the ability to manipulate time during combat via a trance mode heartbeat system. This puts the game into a paused mode which gives you insight into the assailant’s moves using visual and audible cues, detect traps and missiles, and gain the upper hand with every beat of your heart.

You start out by playing as Topi and Kipuna. Kipuna is a young girl who becomes imbued with an ancient power that grants her control over time. You learn that death isn’t final, and that you can rewind up to 5 seconds of time to avoid an untimely death and to gain tactical advantage over the enemy. You must use your wits to control it as you’re drawn into the midst of a war between the city of Kalevala and the armies of the Northlanders, driven by their witch queen Lowhee. Topi is the local blacksmith, a reluctant hero who becomes protector of Kipuna. Together you must thwart the evil presence in an effort to collect precious shards, the first of which gives you the trance mode time manipulation. Later on you will meet Lemichen, a fierce warrior utilising both dual-wielded weapons and archery. Successive shards found give Kipuma new elemental abilities and a dream-like area to practice them before continuing your journey.

Misson zones are linear as the game funnels you steadily forward, teaching you the major mechanics of the game early. There is no open-world exploration in Iron Danger, however within a zone, it is well worth your while to explore and uncover everything that a zone has to offer. Combat is initiated as soon as you see, or are spotted by, an enemy npc. There are some opportunities for a stealth approach utilising things such as terrain and tall grass reeds to set up your attack angle. Once detected, the game halts just like in Dragon Age or Divinity: Original Sin, and a combat timeline runs along the bottom of the game screen. Time is broken up into 14 heartbeat segments showing every move you and your companion make. The enemy will lunge at your position, and by utilising this trance mode, you can attack or block, dodge or simply step out of the way of the oncoming attack. In this respect, I often felt a bit like Neo from the Matrix, simply side stepping an enemy and using a quick cleave attack as they move past my last position.

When I make a move with Topi, Kipuna stands in her original position doing nothing. After initiating Topi’s cleave attack, I rewind time and switch to Kipuna, casting a fireball at the second combatant who is charging at Topi. The fireball is cast and mid-flight, I switch to Topi and move him out of the firing line of the fireball. The flames hit the enemy, igniting them and splashing flames onto the floor, igniting the dry, short grass. The original combatant is on fire and only has a small amount of health left, but ignores Topi and lunges at Kipuna, killing her. Ordinarily this would mean reloading the game and starting again, however I rewind time, use Kipuna’s dodge skill and cast flaming sword on Topi who finishes off the second enemy, then charges at the first bandit, knocking him down and finishing him off. With two of the enemy dead at our feet, there’s not a single scratch on either character and we didn’t use any form of heal potion or ability. It’s the trance mode action combat that really makes Iron Danger stand out on it’s own, carving it’s own niche into the RPG genre.

In other RPG’s, this same end outcome could be achieved by ‘save scumming’ where you constantly reload your game to an earlier save to undo any mistakes and perfect your every move. This completely breaks the flow and immersion in the game for me as I attempt to achieve a perfect outcome and getting frustrated in the process. I see the clear difference here is the fluidity and freedom to be able to make subtle changes to your character’s moves mid-fight. In the intensity of battles, I often make silly mistakes swinging my sword when I should have blocked, or dodging away from a bandit, only to land right into the path of a spray of arrows. Ordinarily these mistakes will happen, and you live with the consequences which often means death of yourself or a valued party member. In Iron Danger, this ability allows you to feel almost god-like pushing the story forward without that feeling of frustration if you get stuck in that part of previous games. It’s like every fight is an opportunity to put pieces of the combat puzzle together. Sometimes the pieces don’t fit but with slight adjustments and changes of perspective, you make it work for you.

I first started playing Baldur’s Gate in 1999, and to this day in 2020, I still have not completed the game. I play the game every year but Baldur’s Gate is bloody hard and the reason I have never finished it is because I’m constantly saving before a fight, having a party member die, reloading the game and reattempting the fight, only to lose over and over again. I come to the realisation that perhaps my characters aren’t strong enough for that fight, so I must backtrack and try complete alternate content in order to make my party stronger. In this process I end up burning out and playing a different game. One day I will finally finish the game, and hopefully before Baldur’s Gate 3 comes along. Don’t get me wrong, Iron Danger also has some really difficult moments, especially with boss fights, but the fact I can slow down and think about alternative ways to defeat the enemies is a welcome addition. There’s not as much individual character customisation in Iron Danger as traditional RPG’s like Baldur’s Gate, but in a time where gaming time is at a premium, especially as a dad gamer, something like the trance mode time manipulation suits me perfectly. This may just be the catalyst to get more people to dip their toes into the genre.

I am not required to grind away for XP to level up my characters or find stronger weapons/armour. There’s no gold to collect or loot to pick up for the characters, just the odd food item like mushrooms, bread and fish which can be used for quick heals during or out of combat. There are throwable explosive such as barrels containing oil that can be thrown and then blown up to clear blockages or to blast a group of enemies. You can’t change skills/spells on the fly, instead you are given a choice as to which skill to upgrade or a new one to unlock from a limited selection at the end of each mission. There are also some great ways to utilise the environment to best your enemy, such as causing a stack of logs to fall down knocking the enemy over, or igniting a patch of grass on fire in front of them, amongst other inventive environment options.

Couple this with the outstanding visuals of each area, some intriguing puzzles to solve, music that is perfectly suited to each scene, and quests/missions that can be completed at your own pace, Iron Danger is certainly a less-intense and casual-paced RPG. The voice acting is terrific. I had the privilege of playing an early beta version of the game that didn’t have any voice acting. It was quite silent and passive, with the emphasis on the music to set the mood and tone, which it did very well. However once the voices were added to the characters, it changed the whole dynamic of the game and I became more invested in each character and the greater story. The only issues I had, including occasional crashing loading between levels when graphics were set to high, were known to the developers and limited to the review build of the game. I’m confident these will be alleviated for the full release tomorrow.

Overall I gave the game 9/10. Iron Danger was a fresh surprise for me and I recommend fans of the RPG genre to take a look. I’ve played many different RPGs over the years, from full action combat to slower-paced turn-based games and Action Squad Studios has firmly placed Iron Danger in the middle, like a thorn between two roses. Only Iron Dagger is a fresh bud that is set to blossom and could create it’s own branch within the genre. I will certainly miss the time manipulation trance mode when I go back to games like Baldur’s Gate and Divinity: Original Sin, and I commend the development team for their vision and implementation of this unique gameplay element.

This review utilised a key provided by the developers for review purposes. Iron Danger releases on Steam, Mac and Linux on March 25, 2020.