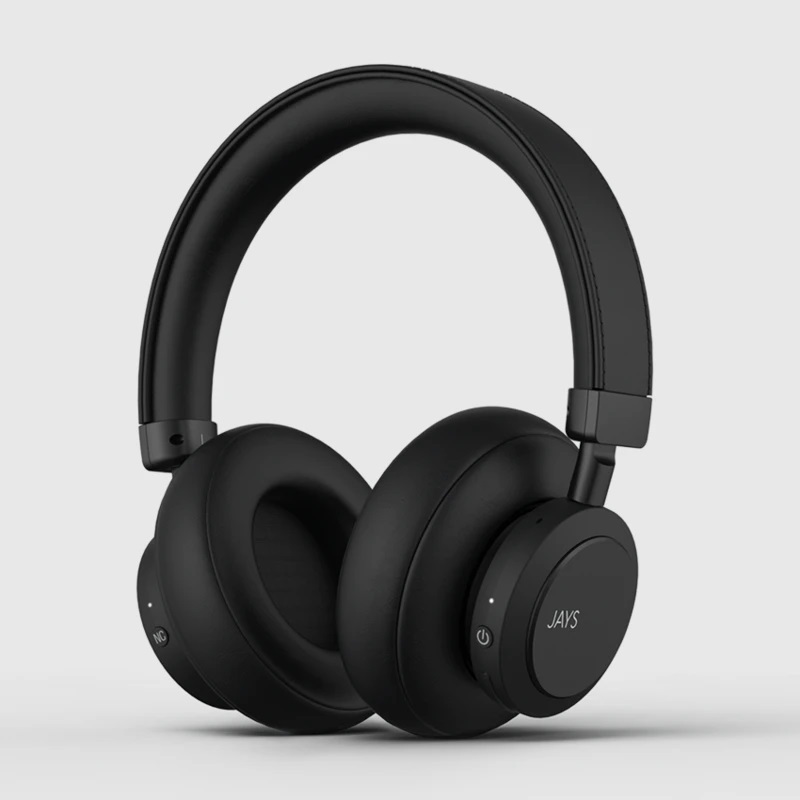 AUDIO is a key part of the gaming experience and a wirless headset with Active Noise Cancelling is a fantastic way to enjoy games and content on the go without being bothered by noise from the outside world.

More and more wireless headsets include ANC and the latest ones to land on my desk are the Jays Q-Seven Wireless set.

The unit can also connect via a 3.5mm jack, and charges via USB – although surprisingly, it’s a micro-USB connection rather than the USB-C connection that’s generally encountered in the current generation of wireless headsets.

The audio was very good across gaming, music and streaming video – clear, well balanced and distortion-free. I was also particularly pleased I didn’t have to download yet another single-use app to get it to work with my devices – it connected via Bluetooth and away it went.

That’s about where the positives start to peter out, sadly.

For starters, I have to say I was disappointed with the build quality – while they looked somewhat stylish, I could see the join lines on the earcup attachments and the unit simply just didn’t feel like a premium product overall.

The controls were fiddly and difficult to use – I kept stopping or starting play, or skipping songs, when I wanted to change volume – and while the ANC was great when the music was going, it wasn’t anything special on its own.

Oddly, the audio pass-through feature didn’t seem to work either, which defeats the point of having it since with kids in the house I do actually need to be able to hear what’s going on sometimes.

As a general phone and music Bluetooth headset they were OK, but I found them to be notably lacking for watching streaming video and gaming, due to the small but definitely perceptible lag between the video on my iPad Pro and the audio as heard through the Q-Sevens. It wasn’t as big an issue in stylised games like South Of The Circle, or even in animated shows like South Park, but in live-action shows on at least two of the big streaming services, the actors’ mouths were out of sync with the dialogue as heard through the Q-Sevens.

While the sound quality was decent, the disappointing build quality and the audio lag I encountered means I simply do not feel the Jays Q-Sevens are worth the approximately AUD$200 they appear to cost at present.

I’m not really sure who the intended market for this headset is – it’s not good enough to be a premium product and it’s far too expensive for those on a budget.

Ultimately I found these to be wavering between “unremarkable” and “disappointing”. The basic design is sound, but it just doesn’t quite come together in an engaging way.

While the Jays Q-Seven Wireless ANC headset is not rubbish, they are competing in a very crowded and competitive sector of the marketplace and there’s simply too many better alternatives out there for me to recommend these.