SOLID State Drives (SSDs) really are a lot more complicated than they first appear – but they don’t have to be, and the Kingston NV1 NVMe SSD offers plenty of usefulness on a budget.

While premium M.2 MVMe SSDs like the WD Black SN750 or Samsung 980 Pro offer top-tier performance for the demanding gamer, not everyone is playing games which need that level of gear for an optimal experience.

Let’s be frank here: That top level performance is superb for people who are really into their gaming and for whom read/write speeds truly matter, but it’s often excessive (both in budget and capability) for people who take a more relaxed approach to gaming.

You don’t really need all the bells and whistles if you’re playing something like Anno 1800 or Two Point Hospitalor Sam And Max Save The World: Remastered or Disco Elysium – a basic SSD will do the job extremely well, and that’s where the Kingston NV1 comes in.

The SSD uses the M.2 2280 form factor/connection and externally looks like pretty much every other M.2 SSD, except it’s blue rather than black or green. The unit also comes with a copy of Acronis True Image HD disk copying software (be careful when opening the packaging, lest you cut through the licence key sticker inside!)

I installed the review unit – a 1TB model (retail price about AUD$149) – in my gaming PC (which uses an Asus ROG Strix Z490-F motherboard) and tested it with Crystal Disk Mark 8.

There’s no DRAM in the unit either (unsurprising, given its price point), which means the write speed can begin to suffer when the SSD is getting full or under heavy write use – something to keep in mind for content creators and people who do a lot of video editing etc.

I installed a few games on it, including The Witcher III and Maneater, and they played perfectly (as you’d hope). Obviously these aren’t top-tier international e-sports games, but I suck at those anyway and testing them with the NV1 is only going to confirm I suck at them no matter what sort of SSD I’ve got the game installed on.

One thing to note: There’s no mounting screw included with the SSD, so you’ll either need to source one from somewhere or else be careful not to lose the one that’s already there if you’re replacing an existing drive.

The read/write speed are a significant improvement over SATA speeds, so it’s a good step up from that if you have an M.2 slot available, and would be a very good SSD in a student laptop or PC (where budget is more important than gaming performance) or as a second “storage” SSD in a computer. 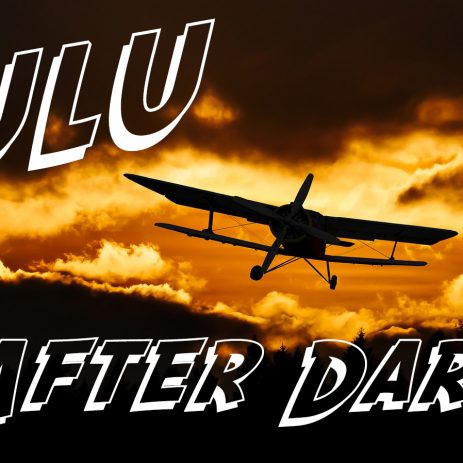 Zulu After Dark: We Should Talk About Virtual Events