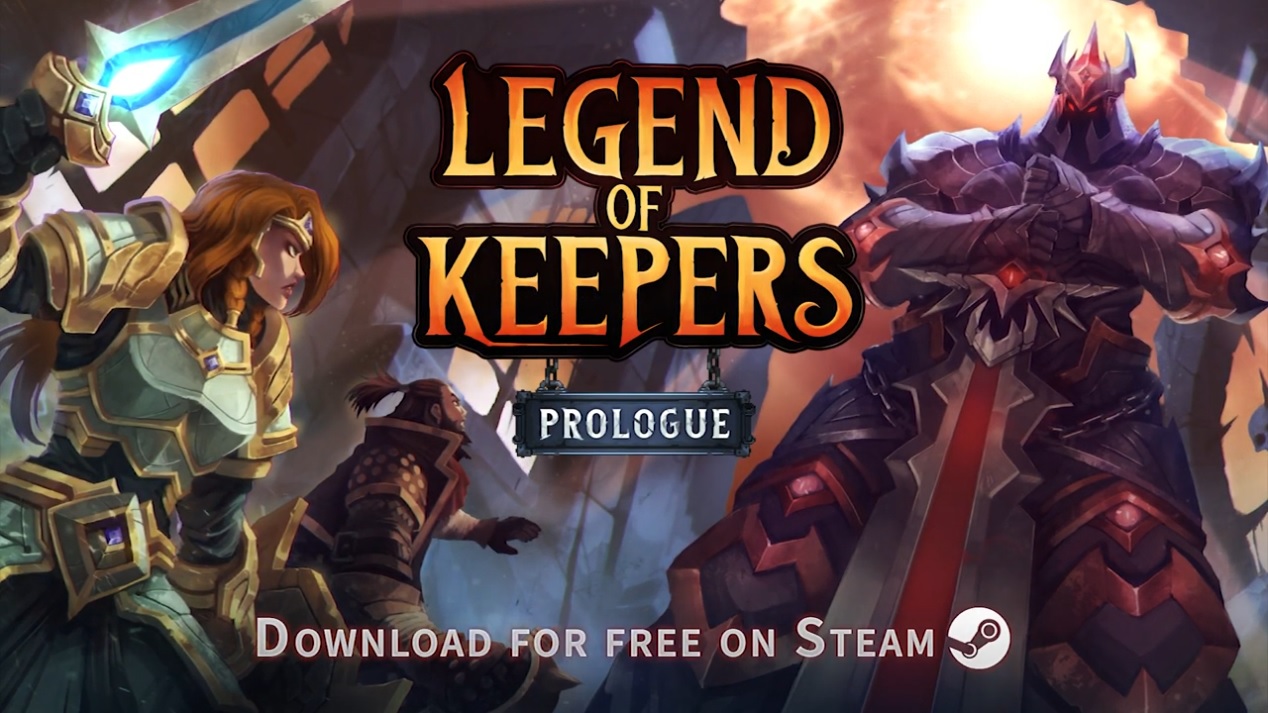 Legend of Keepers: Prologue gave me a taste of a great dungeon management game and I cannot wait to see further updates and the full release.

Legend of Keepers: Prologue is a free demo of upcoming game Legend of Keepers: Career of a Dungeon Master – a strategy game with tactical dungeon management. It was developed and published by Golbinz Studios with the Prologue becoming available on October 10, 2019. There’s no word on a release date yet for the full game, so stay tuned for more information from the developers.

In Legend of Keepers: Prologue you play as the boss of the Dungeons Defending Department. Your task is to improve your henchmen and traps in order to defend against adventurers that are trying to plunder your prized treasures. In other games you are the hero trying to defeat the dungeon’s forces in order to loot the treasure. This is the opposite and you must place traps and monsters to defend your boss and the treasure. In this alpha demo you only have one choice of boss to play – the Slaveholder Centaur. There’s also a Dryad Enchantress and a Monkey Engineer but these are unavailable to play yet. Each boss has unique bonuses that can help in four areas of gameplay – monsters, traps, spells and morale. Slaveholder’s bonuses are in monsters and morale whereas the enchantress is good at spells and the engineer is more proficient at traps.

The aim is to defend the dungeon against attacks for a full year (52 weeks) without your dungeon boss dying and having your loot taken. If your boss dies at any point, it’s game over. There are two major gameplay elements to Legend of Keepers. First is the preparation phase of setting up the dungeon for incoming adventures. This involves comparing adventurer stats and abilities to your monsters, then selecting the strongest defensive monster and traps to place in the four out of five randomly ordered rooms prior to the treasure room. The fifth room is one where your boss casts one of their powerful spells. You’re attempting to defeat the adventurers before they get to your boss. The boss characters are strong with great skills, but higher-level adventurers could still pose a decent threat to unprepared bosses.

When in the defending stage, both monsters and heroes have a variety of statistics to be mindful of, such as damage, hit points, morale, resistances and abilities. You can also see if the given monster or adventurer will target the front or back monsters, or an area of effect ability to hit all three. The traps available in your first couple of games are simple such as a rallying horn (to reduce adventurer morale) or a poison dart which will poison the adventurer in the front position. It’s worth investing some gold in upgrading at least these two for your first couple of playthroughs.

You defeat the adventurers in turn-based combat by either killing them or forcing them to flee by reducing their morale to zero. Once defeated you will earn some gold, blood or tears (depending on if you killed or scared them) and these can be used for upgrades/purchases in the second phase of the game. You also have a chance of selecting an artefact, a new monster, new trap and other bonuses that will help you as the year progresses. Artefacts found in the game have random properties such as a magic purse which increase gold earned by 20% or buffing the resistances of your monsters, to name a couple.

The second phase of the game is a weekly schedule of events between adventurer attacks. Each week, players choose between different events such as training monsters to increase their level, purchasing/upgrading traps, plundering gold and other random events. Be careful though as I thought if I clicked an event, it’d give me a preview and I could choose from there. However, clicking an event commits you to it, so be sure to read the tooltip descriptions before committing.

Some events have obvious benefits of upgrades or new monsters/traps, whereas others have a bit of risk versus reward elements to them. If you choose to plunder for gold, you need to send three heroes out on that mission. There’s a choice of three locations to plunder, each with pros and cons. You may get a higher chance of gold but there could be a risk of injury to a monster for ‘x’ number of weeks and potentially taking them out of your defence strategy for that amount of time.

Over the year, the adventurers you face will be much harder difficulty and as you upgrade your monsters, the adventurers will also get upgraded. It’s important to keep an eye on the stats of each wave of adventurers and keep adjusting your strategies accordingly. Once you reach the end of the year, you are given a summary of your efforts and you will gain some talent points for you to spend on your hero in the next playthrough. My first game took just under 90 minutes, so these additional talents and new monsters I’ve unlocked give great replayability for the game – even more so when the developers eventually release more heroes and the full version of Legend of Keepers: Career of a Dungeon Master.

Overall, Legend of Keepers: Prologue gave me a taste of a great dungeon management game and I cannot wait to see further updates and the full release. The best thing is, this is a free demo and has plenty of gameplay available to see if you like it. I like that it’s not just about defending wave after wave of monsters. The addition of random events in the weeks between battles gives you opportunities to review your monsters/traps and artefacts for upgrades where you may have weaknesses in your strategy.