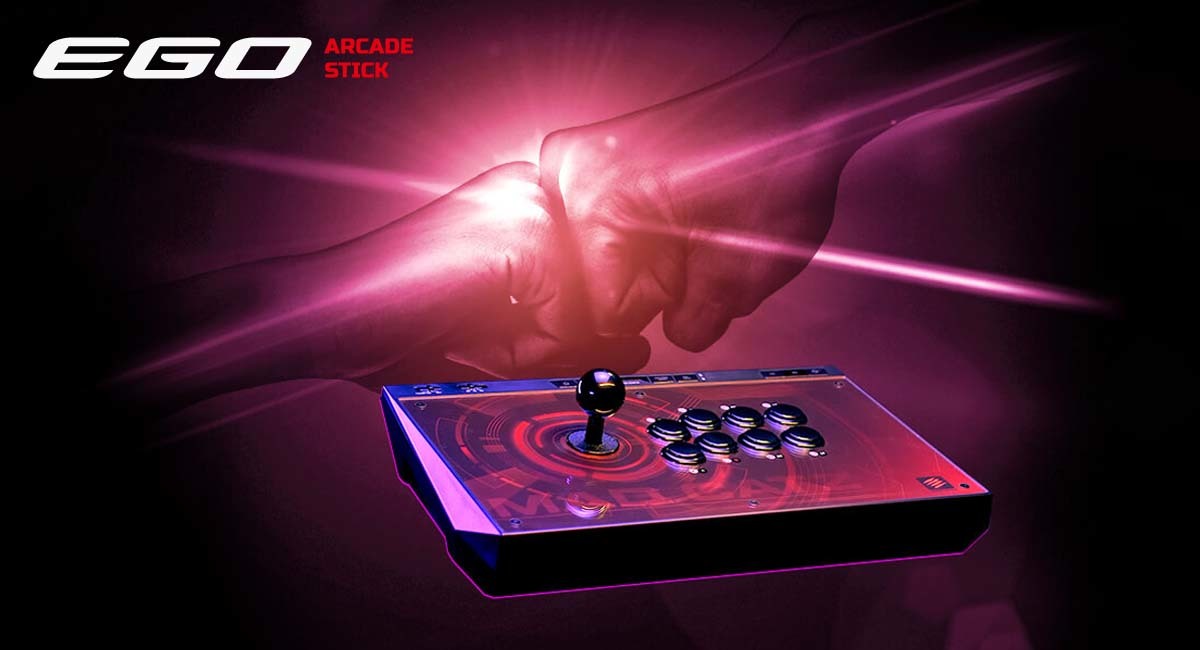 EGO is not a dirty word, regardless of whether you’re a mid-1970s Australian pop-rock band or a gamer looking for a new way to unleash digital pummelling in fighting games.

This is intentional, as it’s designed for competitive fighting games which are – according to the purists – best experienced with an arcade-style control setup as opposed to the standard console controller.

The Mad Catz Ego features a joystick on the left-hand side, as well as eight main buttons, along with a row of supplementary buttons along the top of the unit. The main USB cable is a handy 3m long – more than ample to reach from a console to the sofa in most living rooms.

Mad Catz have said this is their first multi-platform fight stick and that it will work with PC, PlayStation 4 and Xbox One. Since I already had some fighting games on the Xbox One, I started with that.

Connecting the Ego to my Xbox One X was a slightly involved process – I first had to connect the attached USB cable to the front of the console, then get an included micro USB cable ready, connect that to an Xbox controller, push a button on the Fight Stick to connect them, then I could use it; the same process is required to use the Ego with the PlayStation 4.

Why I couldn’t just plug-and-play via USB is a complete mystery and the setup was, frankly, a pain in the neck. Interestingly, the Ego was plug-and-play on my PC. Just plug it in, PC detected it like any other controller, away I went – just as it should be.

The Ego is designed for fighting games so I put it through its paces with Mortal Kombat 11 and Soul Calibur VI – and it was great.

I grew up playing games like Mortal Kombat and Street Fighter II: Champion Edition in actual arcades, feeding 50c and $1 coins into the slot so I could keep harpooning people as Scorpion or pile-driving them as M Bison, and arcade games

Fighting games are absolutely playable with console controllers, have been since their earliest days – but for that authentic arcade experience, a fight stick is the way to go.

I found the Mad Catz Ego made a massive difference to my playing in Mortal Kombat 11. I’d really struggled to make effective use of the standard Xbox controller, but with the fight stick I was able to pull of combos and fight a lot more effectively, without having to twist my hand into contortions to do it. The same was true of Soul Calibur VI, too.

The stick and controls responded very effectively and the “clicky” nature of the switches appealed too.

The Ego Fight Stick sat nicely and solidly on my lap while I was using it – I had no issues with it moving around, sliding out of position or getting uncomfortable after a solid session.

Given the Mad Catz Ego’s obvious lineage from arcade controller, I tested it with a side-scrolling beat ‘em up – Streets of Rage 4 – and it worked superbly, even better than the standard controller in some respects.

It’s an awesome game anyway, but playing it with the Ego was like travelling in time back to the golden age of arcade gaming and added noticeably to the experience.

Having said all this, it’s worth noting I’m not a competitive fighting game player, so I’m coming at this from the perspective of someone looking at a different controller input rather than someone who treats their fighting games as Serious Business.

While I got the impression (which Reddit comment seem to back up) that this isn’t a top-shelf premium fight stick for pro e-fighters, for a casual or mid-level user wanting something different I was very pleased with it and thought it did what it was supposed to do very well.

You can set whether the joystick replicates the controller D-Pad, left thumbstick or right thumbstick, and there’s also a key lock function to disable the pause button too.

The unit is also highly moddable – you can remove the Perspex cover to change the artwork to anything you like, and the Ego even comes with a screwdriver and easy access to access the unit’s internals to swap out switches.

Because the different buttons on the Ego replicate a controller, you can remap the controls in games which allow that, allowing you to get the arcade experience you want too.

The unit also features a Turbo function, which basically allows you to assign 10 consecutive single actions to a single button – basically letting you punch or kick 10 times in a row with only a single button press.

With a retail price of around AUD$279 this isn’t a cheap, but it’s effective, user-friendly and will work on multiple platforms – so for someone looking to bring their fighting or old-school style arcade games to the next level, this might be just the Ego boost they need. 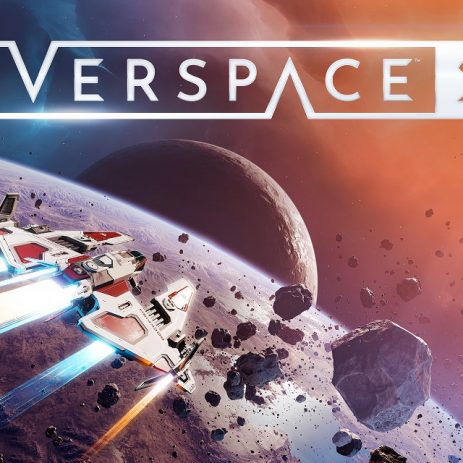