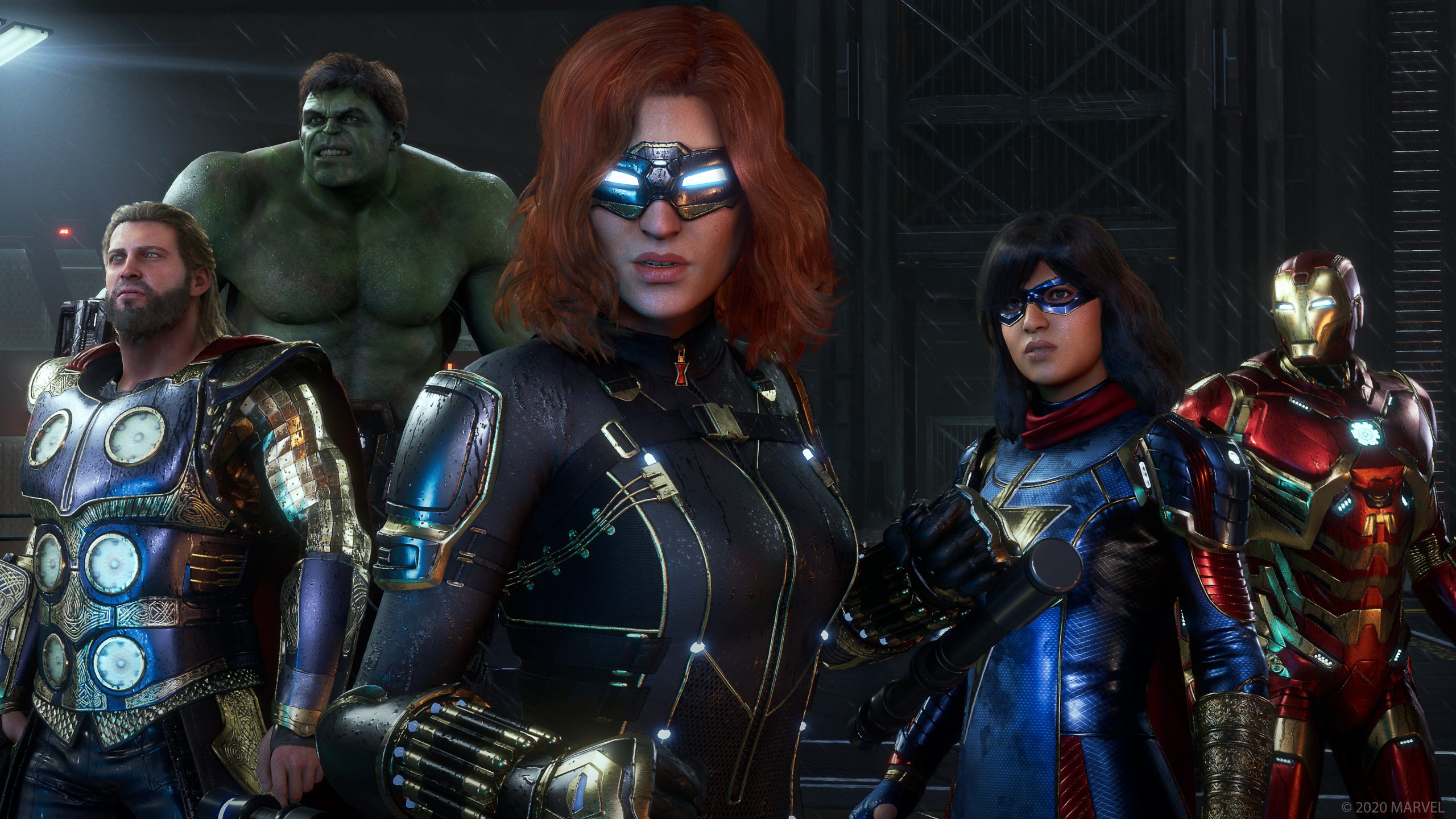 MARVEL’S Avengers, developed by Crystal Dynamics and Eidos Montreal and published by Square Enix for PC, PlayStation 4 and Xbox One, is an interesting assembly of two different concepts – almost two separate games – in one place.

Does it work, though? Mostly, yes.

I have to admit I’m not a big fan of The Avengers – not in the “I don’t like them” way, just that I’ve never gotten into the comic books or movies all that much (there’s only so many things I can be invested in) so while I know who the characters are and the concept – I’m not a complete philistine, after all – I’m not versed on the wider lore, so I’m coming at this from the perspective of a general gamer rather than an Avengers fan.

The story is that the Avengers are unveiling a US West Coast HQ (and showing off their new helicarrier, the Chimera) when a terrorist attack causes the carrier to crash into San Francisco Harbour, unleashing a mysterious element known as Terrigen which turns millions of people into “inhumans” (gives then superhero-like abilities) in an event known as “A-Day”.

For some reason, Avengers member Dr Bruce Banner (aka The Incredible Hulk) testifies at Government hearings that the Avengers and metahumans present a danger to society and The Avengers are disbanded, Stark Industries is shut down and its assets forcibly sold to a company named AIM, and the Avengers go into hiding as fugitives, along with all other ‘inhumans’.

One of the people present at the A-Day attack is Kamala Khan, an Avengers fangirl (literally; she is at the event because she won a fanfic writing contest) who ends up gaining the ability to turn her body into a Gumby-like stretchy entity and takes on the mantle of superhero Ms Marvel.

The story focuses around her efforts to reassemble the Avengers – a story that could very easily veer off into Mary Sue territory if mishandled, but instead it’s done very well and believably – as she becomes convinced that AIM (the company which acquired Stark Industry’s assets) is up to no good (Spoiler alert: They are).

I really enjoyed the story for the most part – it was well done, the writing was good, and it had a few interesting twists which I liked too. It did have a few leaps which I assume would make sense to fans of the franchise –  such as Ms Marvel’s powers appearing without explanation to the major antagonist changing their name suddenly (and it’s not to “Betty”) without anyone batting an eyelid or even  commenting on it. Ms Marvel’s fangirl tendencies got a bit grating too

As you reassemble the team, you get an introduction mission showcasing their abilities – I found myself leaning towards Iron Man and Black Widow, although Thor’s God Of War­-stylehammer-throwing was pretty fun too.

The controls were exactly what you’d expect and handled well; they were easy to understand and use and I didn’t have any trouble pulling off combos or generally feeling like a superhero as I laid the smack down on an endless army of robots and goons.

On that note though, I struggle to understand why human enemies would try and fight the obviously superhuman Avengers. What do they think is going to happen? Thor is pretty obviously going to shrug off their puny human bullets or lasers and smite them into next week with his lightning hammer, The Hulk is the size of a small building and can pick up tanks and use them like a baseball bat, and Ms Marvel can use her stretchy limbs to swat opponents aside like flies from a distance.

The graphics are excellent – the characters are extremely detailed, the lighting effects are really well done, and it all looks superb, although some of the settings do get a bit generic (‘Oh look, it’s time to fight in underground bunker number seven!’) after a while. When they’re done well, such as with the Utah Badlands or aboard the Chimera, they’re done extremely well, though.

The game takes place in its own separate universe, combining elements of the comics and movies, so the heroes themselves don’t look like Chris Hemsworth, Robert Downey Jnr, Scarlett Johannson and co for reasons which are clearly due to the “not in the Marvel Cinematic Universe” thing and definitely not because it would cost the GDP of a small country to pay for their likenesses in the game.

While I was able to work with the ‘movie character’s stunt doubles’ appearance of the main heroes, the voice acting for some of them was a bit disconcerting – notably with Nolan North as Tony Stark/Iron Man.

Don’t get me wrong, the voice work was great across the board, and Nolan North is a very good voice actor, but it was incredibly disconcerting hearing his Nathan Drake voice being used for Tony Stark/Iron Man. The two characters have similar personalities so it makes sense, but it every time he spoke I found it hard not to think “Hey, it’s Nathan Drake!”

Add to that the fact that one of the antagonists (Monica Rappaccini) looks almost exactly like Chloe Frazer and that you’ve got industry stalwarts and Uncharted voice actors Troy Baker and Laura Bailey in there too, and you can see why I started to wonder when when Sully and Nadine were going to show up and I might have to

Unusually, I encountered serious performance issues on the PS4 Pro in a few instances, particularly in the final mission of the campaign, when there was freezing and stuttering in some locations – not to mention subtitles that didn’t even remotely match what was being said on screen.

The subtitles themselves were far too detailed too – I just wanted the dialogue subtitled, but the game provided a text description of what was happening on screen which seemed completely pointless; it was like someone just copy-pasted the entire script into the subtitle file and called it a day.

The load times are really long too – particularly frustrating when you mis-time a jump in the campaign and have to wait for the whole scene to reload for some reason.

Personally, I enjoyed the game in a broad sense, but I don’t see myself spending much time with it now I’ve finished the main campaign and filed this review, even though there’s a whole “Avengers Initiative” of multiplayer content in the game beyond that with more stuff planned for the future (including more heroes)

The only grind I’m interested in is the one that creates my coffee, so doing the same basic missions over and over again (go here, stand in this place, defeat waves of enemies, wait for Jarvis the AI to tell you that you can move onto the next area) to get a slightly different Breastplate Of Perfect Abs or whatever just doesn’t appeal to me, even with friends along for the adventure.

The other challenge is the idea of superheroes needing ‘loot’ is something I found hard to work with, since I’m not sure how Thor becomes more invulnerable from having better armour (he is a God, after all) or why Captain America, who has a literally indestructible shield, would want or need better gear.

I enjoyed the main story, but I don’t see myself assembling a team of super-friends to play the multiplayer aspect for a long time. Partly that’s just my own “not really my thing” and partly because there’s already several other loot-shooter games on the market I can get into if I wanted to, but I don’t so I won’t.

Marvels’ Avengers tries to be two totally separate things and surprisingly manages to do them well, surprisingly, but as predominantly a single-player gamer my interest has waned with the end of the campaign.

Your results my vary and if you’re looking for an excuse to team up with friends as your favourite superheroes and run a few missions, this is likely to be quite appealing – especially as more heroes join the roster and we see some more content added to the game down the track. 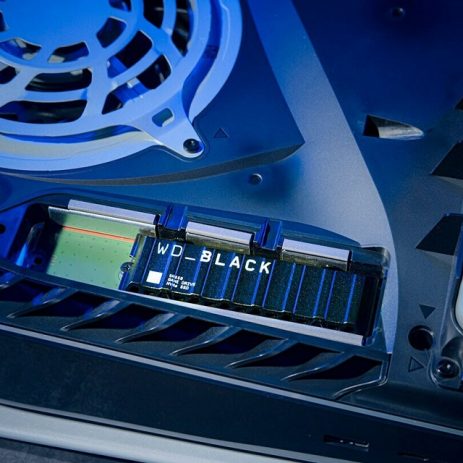