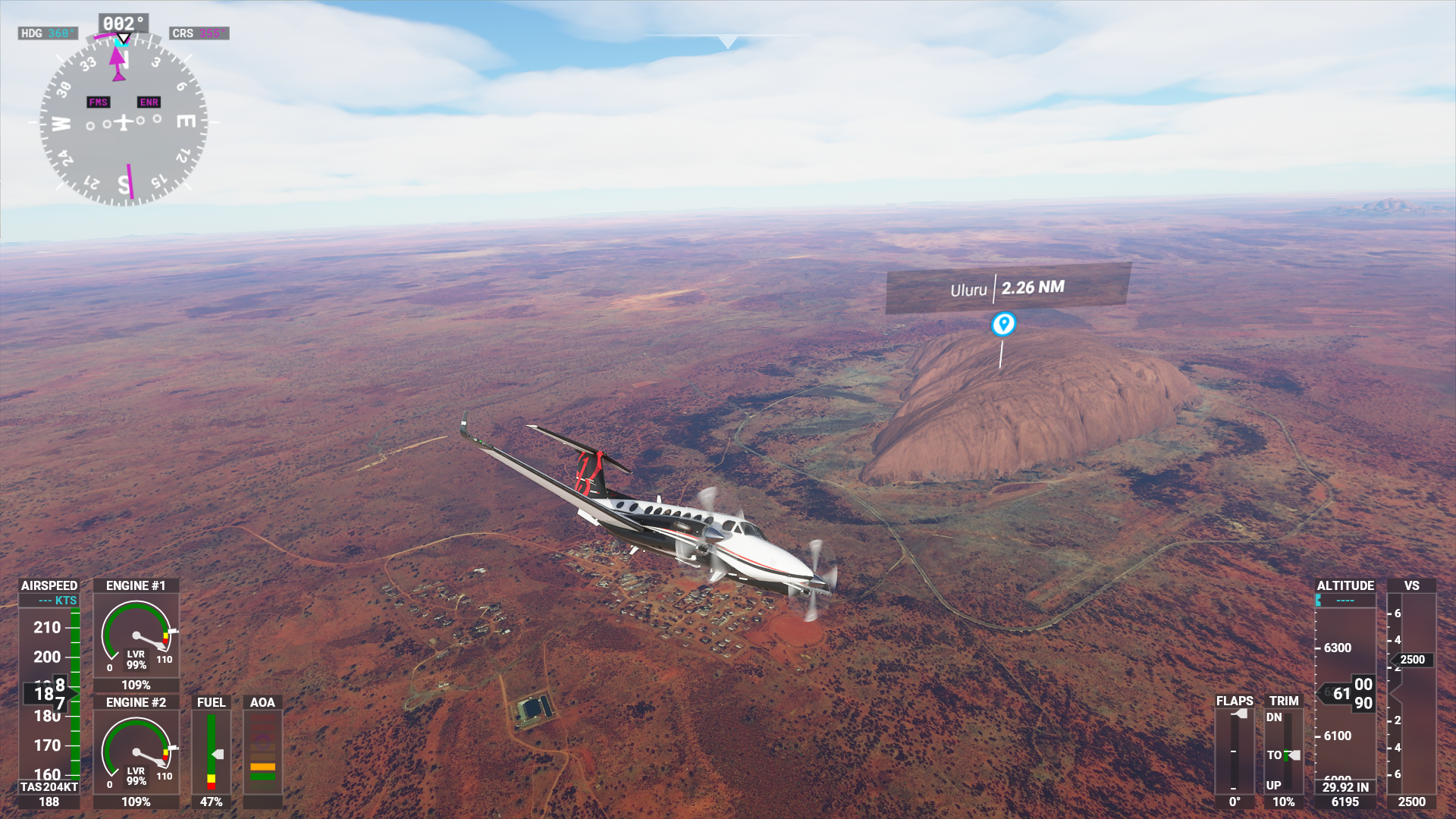 ANYONE who has looked at my Twitter profile has probably realised I like aeroplanes – so it shouldn’t be a surprise I’m reviewing Microsoft Flight Simulator.

I’ve been playing flight sims since I was a kid – starting with things like Knights Of The Sky and Their Finest Hour: The Battle of Britain 1940 and progressing through simulations like 1942: The Pacific Air War, and Red Baron II as well as assortment of things like Hind and the extremely complex Jane’s Combat Simulation flight sims. We can probably throw Kerbal Space Programme in there too, for good measure.

And, of course, Microsoft Flight Simulator.

The first iteration of this iconic series has been around since 1982, and since my interest was (and is) military aircraft, derping around in a Cessna didn’t really grab my attention – especially when I had games that would let me torpedo-bomb Japanese warships or get into dogfights with Manfred von Richtofen and other thrilling things straight out of all those Biggles books I read as a kid.

Despite my love of flight sims, I haven’t spent a lot of time in the cockpit of previous versions of Microsoft Flight Simulator – long enough to go “meh” and then climb back into the digital cockpit of a Spitfire or an SE5a or something else that’s old school, has guns on it, and is best piloted while wearing a leather flying helmet and a set of goggles.

The latest version of Microsoft Flight Simulator, developed by Asobo Studio and published by – wait for it – Microsoft for the PC (and presumably the Xbox One/Series X at some point soon) has totally changed my view on the series.

From a technical standpoint, Microsoft Flight Simulator is absolutely mind-blowing. The graphics are incredible, and thanks to some dark wizardry involving satellite imagery, internet data and Microsoft Azure cloud processing, the game can basically render a photo-realistic version of literally anywhere on the planet, right down to the weather and even other (real-life) aircraft in the area at the time.

Microsoft provided me with a copy of the Premium Deluxe edition of the game to review, and I had a fantastic time with it, despite a few technical niggles and a very large download (90GB+) and even larger HDD/SSD space requirements (up to 200GB, according to the press info).

In short, Microsoft Flight Simulator is a global sandbox, where you are free to go anywhere you like – no Covid restrictions, no passport required, no airspace restrictions, no buying an airline ticket. It does this amazingly well, and the sensation of soaring above the world in your own plane is extremely relaxing and calming – not to mention quite thrilling, too.

There are something like 35,000 airports included in the game – ranging from all the major international airports down to rural airstrips and private landing fields; even some incredibly out of the way places like the Ice Runway at McMurdo Base are there.

There are plenty of real-work landmarks to see too – everything from Ayer’s Rock to the Grand Canyon to The Eiffel Tower is there in stunning 3D to fly around and admire. You can go quite literally anywhere in the world, and indeed, a large part of the attraction is doing exactly that.

It’s hard to overstate how ridiculously detailed Microsoft Flight Simulator is. Almost every flight-related aspect of the aircraft is modelled and can be adjusted or customised – right down to wing and engine icing effects, flicking switches in the cockpit – you name it. It really is pretty much as close to flying an actual aeroplane as you can get without, you know, actually getting your pilot’s licence and flying an actual aeroplane.

Sadly, Microsoft evidently didn’t think I was cool enough to get one of the Thrustmaster Hands On Throttle And Stick (HOTAS) control sets they were sending out to certain outlets and streamers/influencers along with the game, so I made do with an Xbox controller – which is just as well, because trying to fly a 747 with a keyboard is… not an intuitive experience.

Realistically, a combination of controller, keyboard and mouse was necessary to navigate all the controls, and while it sounds complicated, it worked well enough and made controlling the planes familiar territory for people who are already used to an Xbox controller.

The premium version of the game comes with 30 aircraft, covering everything from light recreational planes to business jets to long-haul international airliners.

I really would have liked some different planes though, particularly some older ones. Obviously it’s great to have things like the Boeing 747-8 and Cessna 172 Skyhawk in there, but all the planes were basically shiny new aircraft and that’s great, but lacking a certain something too.

I would dearly have loved something like a DeHavilland Tiger Moth trainer biplane or a DHC-2 Beaver floatplane, or even an Antonov An-2 cargo plane in there to balance things out and provide some variety.

The jaded games reviewer in me fully expects a “Golden Age Of Flight” expansion at some point with things like the DC-3, Lockheed Electra, Ford TriMotor, Empire Class Flying Boat, and assorted other planes from the era when everyone wore hats, had square jaws and considered the day a write-off if they hadn’t punched a Nazi by lunchtime, along with a Classic Airliners expansion (featuring Lockheed Constellation, Boeing 707, McDonnell-Douglas DC-10, Sud Aviation Caravelle, DeHavilland Comet, that sort of thing) too. I’d also be very surprised if we didn’t see some helicopters too – and to be honest, I’m surprised there wasn’t at least one included at launch.

There’s a menu option for additional aircraft (both official and fan-made) so I have no doubt there are more aircraft on the way, but even so, it would have been nice to see a couple of them included as the game takes off.

The game is quite demanding from a performance perspective, especially if you’re using real-time flight and weather info via an internet connection. If you’ve got a decent connection, it’s great. If not, fortunately you can turn it off and let the AI populate the airspace for you.

I had some stability issues with the game occasionally crashing to desktop from launch, and the co-pilot apparently isn’t the sharpest knife in the drawer either, determined to follow a particular route even if it means backtracking a huge distance or flying into a mountainside while navigating a low-altitude manoeuvre. You’re better off turning down the realism settings and handling it yourself, if you can.

Given the fact we’re all stuck at home for the foreseeable future, Microsoft Flight Simulator is a spectacular example of a game launching at exactly the right time, with as much or as little depth as you want it to have.

Despite some warning lights in the cockpit – such as a few crashes to desktop from the menus and occasionally wonky autopilot routefinding decisions – Microsoft Flight Simulator is a landmark game; a high-altitude point in flight simulations that has to be experienced to be believed.

Switches on, fuel mixture to rich, chocks away and open the throttle – this game is cleared for takeoff.