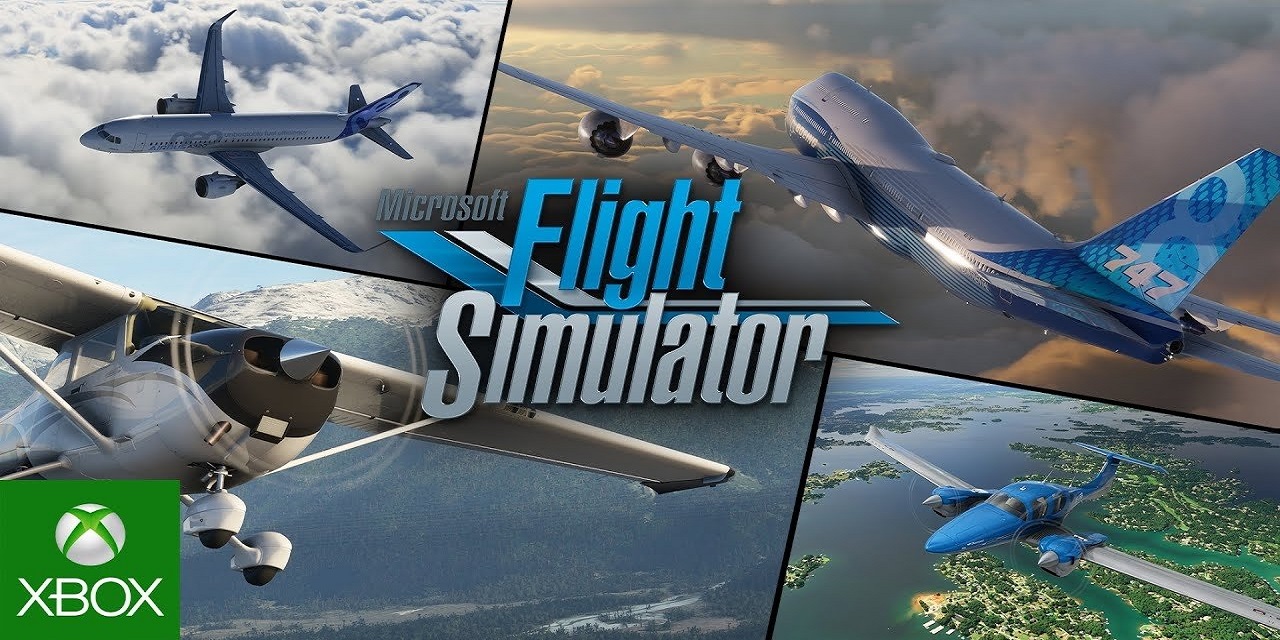 Microsoft Flight Simulator runs amazingly well on the Xbox Series X and has been a surreal experience that will stay with me for some time.

Microsoft Flight Simulator released on PC in August 2020, developed by Asobo Studio and published by Xbox Game Studios, and will release on Xbox Series X|S and Xbox Game Pass on July 27, 2021, and boy is it a treat for the senses. With the global pandemic still a major issue for many countries in the world, this game will provide gamers with a welcome escape to soar through the skies of some of their favourite cities in the world, and pass landmarks close enough that you can almost touch them. Alongside this console release, PC players will receive optimisations for the game too.

In fact, I had a follower mention he is a career 737 pilot and was looking forward to playing the game. I imagined the appeal for them was not the technical flying aspect as such, but the ability to fly anywhere in the world in any weather at any time of day. They said, “Yes, exactly that. Flying bush planes in Alaska to float planes in Bora Bora and everything in between. It’s great for work too, I get to see places before I’ve flown there.”

My colleague Royce Wilson reviewed the game on PC last year where you can read all about the base game, and his final thoughts were, “Despite some warning lights in the cockpit – such as a few crashes to desktop from the menus and occasionally wonky autopilot routefinding decisions – Microsoft Flight Simulator is a landmark game; a high-altitude point in flight simulations that has to be experienced to be believed.”

After four weeks of trying to install the game on PC myself, the game failed to download the 90gb of files so I couldn’t even get into the game. It was a frustrating experience at the time, and I gave up. Having now experienced the game on the Xbox Series X, I’m both annoyed that I didn’t keep persisting to try fix the issues so I could play it, but also happy to have waited this long as the additional features added to this next gen Xbox version have made this review experience one hell of a ride.

To start with, Microsoft Flight Simulator gives you two install options on the Xbox Series X and S; the main online game files are 42.4gb worth which you can install on their own and play the game online with live weather effects and see real players flying around. There’s an optional download of 59.7gb offline world data so that you can practice and fly offline. I chose the first option which got me into the game quicker and I wish I had this split download option on the PC last year.

Having not played a Microsoft Flight Simulator game since the 90’s, I jumped straight into the tutorials to learn how to fly with the Xbox controller. The tutorials have been redesigned since the PC release to include shorter and easier-to-understand lessons to help the new pilots like myself learn at a slower pace. I still struggled through the latter half of them and thankfully the game does a great job at teaching you how to take off, fly and land the plane with controller prompts all throughout the voice-guided tutorials.

When you complete each tutorial, you are given a score rating breakdown of the key learning components, and how you measured in each area. This allows you to repeat the tutorials as you learn more and refine your flying skills. I really appreciated this feature as, whilst the 22 total tutorials are very helpful, it was still a big jump going from learning in a small Cessna 152 to then flying a huge Airbus A320neo. As well as tutorials there are also landing challenges of varying difficulties, including some of the most remote landing strips in the world, as well as bush trips to experience longer flight plans. The star addition for me on the Xbox version of Microsoft Flight Simulator were Discovery Tours which will be added to the PC version at the global console launch on July 27. Also at launch, the PC will receive many optimisations to ensure all gamers are getting the best experience on all platforms.

To put it simply, these are breathtaking experiences. Whilst the 4K graphics are capped at 30fps on the Xbox Series X and 1080p on Series S, it still looks stunning, beautiful, incredibly detailed and runs super smooth. These discovery tours start you in the air so you don’t have to worry about take off, and each tour is at an idyllic location in the world, such as Rio de Janeiro, Bora Bora and the pyramids of Egypt, which are just some of the 16 available after you download the five free World Update packs from the game’s marketplace. Once in these tours, they have been set up with perfect music selection, weather conditions and choice of plane such that you can relax and just cruise around to explore these locations at your own pace.

As I flew around Rio de Janeiro and approached Christ the Redeemer, the sun was setting over the ocean behind me and I had this moment of reflection. Here I was, in control of a light aircraft, effectively doing a free scenic tour from the air in Rio, a place that is on my bucket list of real-world locations to visit. I have no idea when we will be able to travel internationally again. Yet here I was, flying around Rio looking at Sugarloaf Mountain and Copacabana, with as realistic graphics I’ve ever seen in a video game, and likely as close as I’ll get to the real thing for many years, if ever. It had me smiling in disbelief at how impressive this experience was on a $750 console out-of-the-box.

Add to the fact that I can just plug in any airport name into the world map search bar, even exact latitude and longitude coordinates if you know them, and within minutes I’m flying over Queenstown in New Zealand, Singapore, Los Angeles, London, and any place I can think of. I think this is the biggest drawcard of the game for me. I particularly liked that you could also search for fauna, like Elephants, and be taken to an airfield where you can flyover them, it’s unreal. I also got a kick out of taking requests on my stream for destinations, then flying around those locations for them whether it was their hometown in the Netherlands or their uncle’s hotel in Malta. It was cool to be able to provide that experience for them.

In terms of graphic performance on the Xbox Series X and S, it’s capped at 30fps however I hardly noticed this as the graphics looked stunning, and I had many stream viewers in awe of the sheer beauty of the locations I visited. As both consoles support variable refresh rates (VRR), there will be an option to go higher than 30fps on TVs and monitors that support it. For majority of my day flights, it was smooth flying with hardly a stutter or jankiness, except that time I clipped an invisible part of a bridge I tried to fly under on the Thames. However, during some of my night flying, with the sheer number of lights in some of those cities and the incredible detail of the buildings, roads and cars driving beneath me, I had some occasional stuttering but it was only for a second. Otherwise overall the game performed amazingly well on the Xbox Series X.

I had two instances of crashing to the dashboard which reset the game state and had an instance where the binding for the pilot to look around the cockpit was disabled, even though all of the keybinds were set correctly. I turned off the controller and loaded up another one, but it did the same thing. I tried to rebind those actions to something else but that didn’t work either, so I was stuck sitting low in the pilot seat and unable to see over the top of some of the cockpit dashboards. This meant I relied on the external camera most of the time and struggled with the landing challenges. I’ve since managed to sort this issue out so can now lift the pilot up in the seat for take offs and landings.

I struggled with the Xbox controller early on to get precise control over the plane, constantly adjusting the plane to maintain flying level. With some advice from my viewers, I tweaked the sensitivity of the flight sticks and that made for a better experience. Though being a primarily mouse/keyboard gamer, after a few hours of playing, fatigue would set into my left hand and so it became increasingly difficult to hold position on the controller left stick. I thought it would be much better if I could use a joystick/flighstick. I tried to plug my Thrustmaster T.16000M flight stick into the Xbox Series X, and whilst it powered up, it’s unfortunately not compatible with the console. There are also many keybindings for all the various functions. I was fine with only slight adjustments over the default configuration, though I was playing on easy with many flight assists. I imagine gamers that want to have much more control over the plane may need to plug in a keyboard for access to more keybinds, or invest in a compatible HOTAS. I hope that future support of more flight stick and HOTAS devices is added for the Xbox consoles.

Overall, Microsoft Flight Simulator runs amazingly well on the Xbox Series X and has been a surreal experience that will stay with me for some time. The revised tutorials and new discovery tours are superbly designed to explore wonderful locations in beautiful detail, as well as optimisations for the PC version available at the launch on consoles. I hope more discovery tours are added with future world updates and am looking forward to more iconic locations to explore. It’s almost unbelievable how real everything looks and runs so well on a $750 console, plus is available day one on Xbox Game Pass. It’s an experience that every type of gamer should witness for themselves. 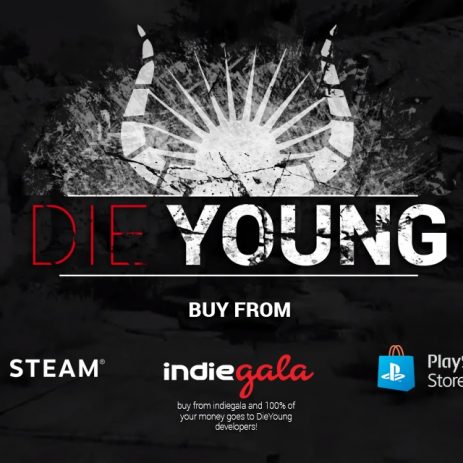