SOME of us might feel things are pretty bad in the world right now, but we can all take solace from the fact we don’t need to be digging fallout shelters just yet either.

Of course, video games aren’t the real world so if you’re in the mood for some virtual bunker-building then Mr Prepper has just become available for your consideration.

Developed by Rejected Games and published by PlayWay for PC (Steam), the plot of Mr Prepper is that in an alternate timeline, a plague has decimated America, causing a totalitarian Government to take over and start using a mind control satellite to keep the populace in line.

A few people, including your character, are rebelling against this and trying to escape.

As the game opens, your character has been caught by The Agency trying to escape and placed under surveillance – but this isn’t deterring them, and they start constructing a bunker from which to plan their escape from the town of Murricaville.

At first glance, Mr Prepper looks like it shares a few similarities with Fallout Shelter, particularly from the side-on underground base building aspects.

The aspect which I found really added some variety to the game was the idea that you’re under Government surveillance for being a subversive, and that once a week a Government Agent will drop past to search your house to make sure everything is in order (and that you aren’t trying to escape again). Too many or not enough common household items raises your suspicion level, and if it gets too high, you get arrested and it’s game over – so juggling your need for resources with your need to not get arrested adds another dimension to the early game.

Mr Prepper has a quirky aesthetic that’s a strange combination of 1940s/1950s and 1980s/1990s – there are fighter aeroplanes in the game clearly inspired by the WWII P-40 Tomahawk, and the town itself is very much a 1950s Pleasantville kind of place, but there are also cordless phones, computers, and action movies too. It works pretty well

Where Mr Prepper comes into its own is the foraging, trading and NPC interactions – along with the whole “avoiding the Government agents” stuff. Going to the forest means you can scavenge wood and fruit, and the wood can be turned into furniture which can be sold to another member of the anti-Government network for money, which can be used to buy supplies from a third member to allow you to build better equipment and so on.

Building your secret bunker is fun but not especially complicated – the real challenge is in generating enough electricity to keep everything powered, and (until later in the game) sourcing enough water to keep your underground farm thriving.

One of the neat touches is that disassembling items returns component resources at a 1:1 ratio, so if you build a table requiring five wood then realise you need that wood to power your steam generator, disassembling said table returns five wood – meaning you don’t feel like you’re getting punished for

In between all the planting and watering and harvesting and mining and crafting, the game also manages to fit in an interesting story too, about how the Government’s mind control satellite is basically keeping most of the population docile and that you are uncovering some of the mystery, with the aid of an enigmatic pen-pal known only as “The Minuteman”.

Early in the game, building your bunker is certainly an important element, as is juggling power and food, but from the second act onwards the focus is on resource gathering to start building your escape rocket.

Food plays a big part in the game – vegetables and meat not stored in a fridge (or later, freezer) will rot, but can be combined with different ingredients to make soups, stews, roasts and so on – and those can be canned, pickled, or marinaded to give them an even longer shelf-life.

There are three main stats to keep track of for your character – fatigue, preparedness, and health. Fatigue and health can be easily managed with sleep, energy drinks and food, but preparedness is more nebulous and doesn’t really seem to make a lot of sense, although fatigue and health seem to play into it, too.

For example, despite having an almost totally self-sufficient bunker chock-full of food, water, weapons, plants, and even a petrol refinery, Mr Prepper will still complain about “not feeling prepared” enough – and if his preparedness meter drops to zero, you faint.

Early in the game, it sort of makes sense, but as your plans (and bunker) develop, it’s completely ludicrous to have a guy building a literal intercontinental rocket in his back yard be risking an attack of the vapours and blacking out because he hasn’t watered enough plants or built enough chairs or something each day.

It’s also possible to end up effectively stuck, as the game doesn’t always clearly explain what you need to be doing. In one case, I needed to drive a car into the desert to pick up a radio transmission, but there was no indication from the game that I’d gone far enough – I had to drive through five sections of desert before I realised the car antenna was now available to pick up the transmission I was listening for. There’s also another quest where the item you need is in the town’s mine, even though the information you get says you should be asking the postie for help (he will help you, but you need the item first).

In spite of these issues, I really enjoyed Mr Prepper and found it highly engaging – because it only saves once per day (when you sleep), I often found myself going “Just one more day…” when I planned to log out and do something else.

It took me about 30 hours to finish the game, and that was leaving at least one of the side-quests unfinished, and I was pleasantly surprised by how I didn’t feel like the game was unreasonably padded out.

The developers have released several post-launch patches as well to fix minor issues and address some community feedback issues as well, which is a positive thing and something they should be acknowledged for as well.

Mr Prepper is different, engaging, entertaining, and fun. It’s enjoyable, fits the zeitgeist pretty well at the moment, and has delivered exactly what it promised.

If you are looking for a bunker-building game with some old-school adventure elements thrown in, you’ll definitely want to be taking shelter with Mr Prepper. 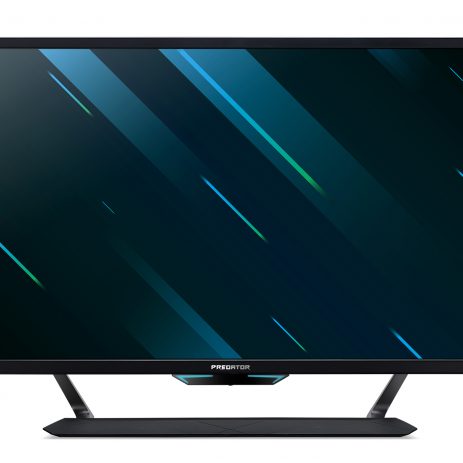