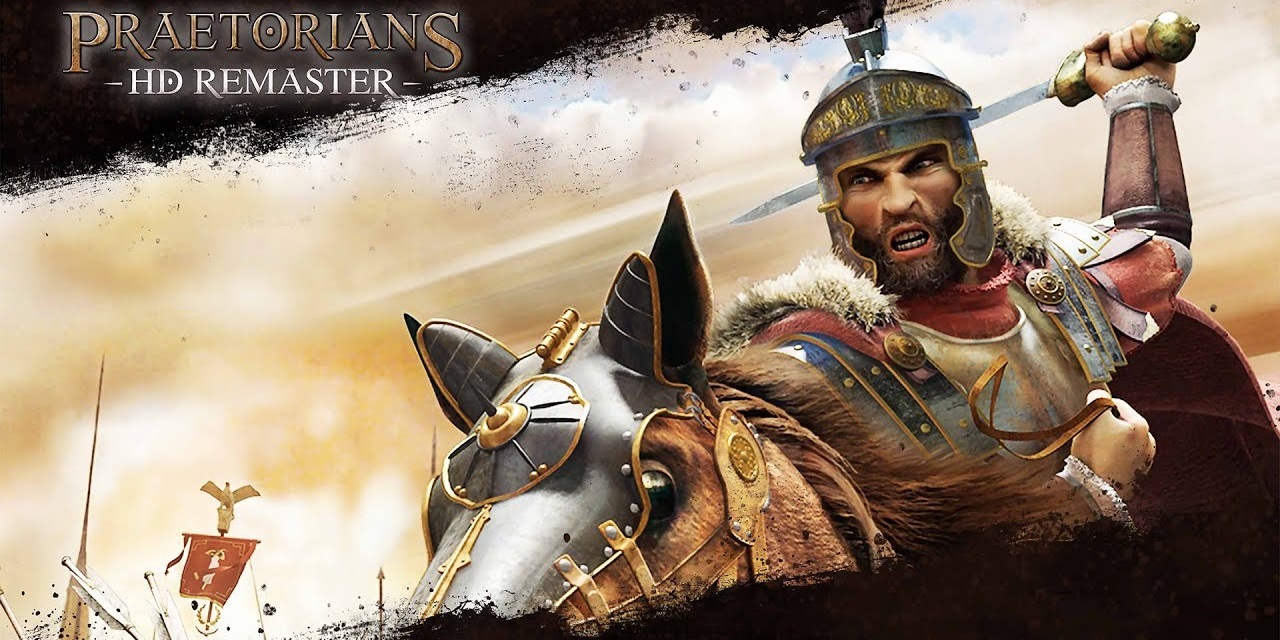 Praetorians – HD Remaster is a great RTS game for fans of the Roman Empire era, though doesn’t differ too much from the original.

RTS games were at the top of gamer’s playlists in the late 90’s and early 00’s. I was playing the heck out of the Command & Conquer series as well as Warcraft 3: Reign of Chaos and The Frozen Throne. As an aside, our man Zulu has just reviewed the recent release of the Command and Conquer Remastered Collection which sums up my RTS roots perfectly. I also recently reviewed a HD remaster of 2001’s Commandos 2 by Pyro Studios which was a fantastic re-imagining of that game and I loved the nostalgia. Another of Pyro’s games was 2003’s Praetorians and it’s one that I had never heard of. Pyro Studios is no longer in operation, so when Australian-based Torus Games and Kalypso Media started working on the remaster for Commandos 2, they also worked on Praetorians – HD Remaster and released them both on Steam on January 24, 2020. Console releases on Xbox One and PlayStation 4 are planned for Spring 2020.

Praetorians is based on Julius Caesar’s brutal campaigns in Egypt, Gaul and Italy with Marcus Crassus and the events of the Roman civil war. Players control the Roman army in the campaign and you can play as Gaul (Barbarians) or Egyptian factions in skirmish matches. The game doesn’t appear to be going for historical accuracy like in Commandos 2, rather picking a few poignant battles and letting us run wild. In most RTS games at the time, you usually had to manage building your base, gathering various resources, as well as managing your army. Where Praetorians differed from this formula is it got the player focused just on unit tactics and strategies. Army units are trained in a garrison which you need to build in a town or village, and a commander unit is required to be there to oversea this recruitment.

The three factions all have unique basic and specialised units with differing strengths and weaknesses. Romans don’t have the best cavalry but make up their strength with infantry and Legionaries. Gaul units are costly to recruit with Berserkers and Warriors as strong offensive units but they move in fairly loose formations. Egyptians are cheaper to recruit and regenerate stamina faster but are not as strong as the other factions. They have cavalry and chariots that can be churned out quickly, though their general soldiers are quite weak.

Praetorians – HD Remaster has 24 missions in total with 4 excellent tutorial missions and 20 campaign missions. The tutorial is critical to learning the basics of gameplay and I highly recommend playing through them, even if you’re a seasoned RTS player. There are familiar things like double-clicking a unit to select all of that type, highlighting a group using the mouse, assigning units to numbered battle squads, and other such RTS methods. It’s the finer details with unit management that caused me to fail the tutorial missions a couple of times, so I’ll give some helpful tips to avoid you doing the same.

Tip #1 – In tutorial mission 2, when you approach the village of Talgatta and are asked to destroy the garrison, it tells you the garrison is the building with the orange flag. I saw a tent with an orange roof so started wailing on the building with my army. It was taking a while to whittle down it’s health. While I was waiting, my eyes wondered to the left of the village boundary where I saw a tower with an orange flag next to it. The tower was what I was supposed to destroy but I only realised this when the village had a skeric of health left and I destroyed it, thus failing the mission and I had to repeat it all over again.

Tip #2, I thought I’d be smart and leave my hero units under the defence of a tower while I scouted ahead with my main army. There was a fork in the road and I went left. As I was concentrating on leading my troops forward, I didn’t notice the white messages scrolling on the left of my screen that were telling me one of my heroes was under attack. A small group of enemy archers had gone around my position and attacked the hero directly, killing him before the tower could take out all of the archers. I had to repeat the whole tutorial mission again when I was so close to the end. It’s this punishing gameplay without autosaves that I remember from my younger years.

Terrain plays a huge part in the tactics of Praetorians and heavily forested areas can be used to hide troops that can then get the surprise initiative on enemy forces. You have a scout unit who has a hawk that can scout ahead into these forests and it cannot be shot down, so it’s worth taking the time to do some scouting of forests and tall grassed plains before you move your forces forward. Particular units can’t traverse certain terrain either, such as legionaries not being able to cross water and cavalry units can’t move into thick forest areas. Given these limitations and the fact some maps were quite linear, you could easily be overwhelmed if you just rush your forces forward with no battle plan. I found a lot of the missions quite difficult so I had to slow down, save often and think about my plan of attack, which differed between battles.

In terms of the actual HD remaster, comparison screenshots between the original game and this remaster shows a noticeable crispness to the terrain and user interface. There is support for much higher resolutions up to 4K and slightly improved textures/lighting in parts. The cutscenes however remain untouched and look like blocky on high resolutions. If you already own the original on PC or bought it previously through Steam, I question whether there is enough a reason to purchase this HD version, as functionally it runs the same. However if this is your first foray into the game on PC, then the HD Remaster could be your preference. They have released four major updates to the game so far and committed to giving players the best remastered experience.

Overall I gave the game a 7/10. Praetorians – HD Remaster is a great RTS game for fans of the Roman Empire era, though doesn’t differ too much from the original. It focuses on army management rather than base and resource management so allows you to get straight into the action. The use of terrain is fantastic and allows for varied styles of battle tactics. The HD elements of the remaster aren’t enough to say this is a new RTS to get on PC in 2020. If you’re like me and never played the 2003 original and enjoy Roman history, this is worth a look when it’s on sale.

This review utilised a Steam key provided by the publisher. Praetorians – HD Remaster is out now on Steam and is coming soon to Xbox One and PlayStation 4 in Spring 2020. You can also find the original game on Steam.